Update: Added update to reflect the resumption of trading in NIO's stock in Singapore.

NIO fell 7.67 percent to S$21.9 before trading was suspended in Singapore. Its trading resumed at around 13:30 and the drop extended to 8.73 percent by press time. 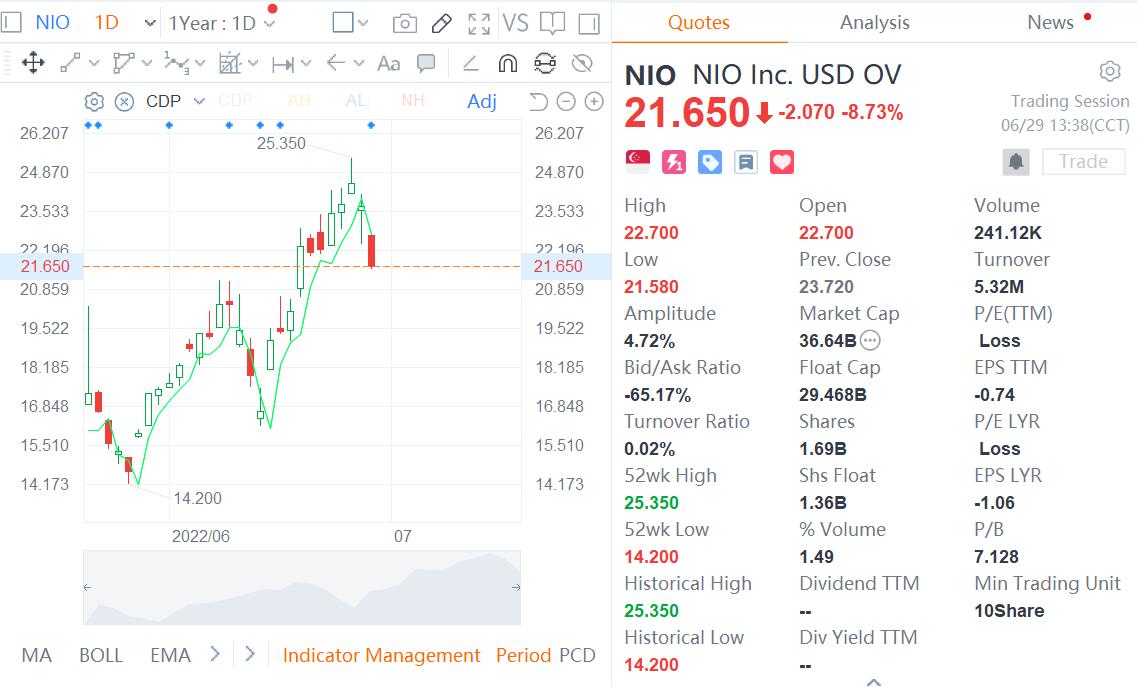 Shares of NIO (NYSE: NIO, HKG: 9866, SGX: NIO) traded in Singapore were briefly halted this afternoon before the company released an official statement about a short-selling report.

A few minutes later, the company published its official response to an overnight shorting report on its website as well as on the Singapore Exchange:

NIO Inc. (NYSE: NIO; HKEX: 9866; SGX: NIO) (“NIO” or the “Company”), a pioneer and a leading company in the premium smart electric vehicle market, today issued the following statement in response to allegations made in a report by Grizzly Research LLC, a short seller.

The report is without merit and contains numerous errors, unsupported speculations and misleading conclusions and interpretations regarding information relating to the Company. The Company's board of directors, including the audit committee, is reviewing the allegations and considering the appropriate course of action to protect the interests of all shareholders.

The Company emphasizes its continued and unwavering commitment to maintaining high standards of corporate governance and internal control, as well as transparent and timely disclosure in compliance with applicable rules and regulations.

In the report published Tuesday, short-seller Grizzly Research said they believe NIO is playing a Valeant-like accounting game to inflate revenue and boost net income margins to meet its goals.

They suspect that NIO is likely using an unconsolidated affiliate, Wuhan Weineng (or Mirattery), to inflate revenue and profitability, saying it's reminiscent of the Philidor-Valeant relationship.

Earlier today, in response to a request for comment from CnEVPost, NIO said it had taken note of the report, which is full of inaccuracies and misinterpretations of the company's disclosures.

NIO has been strictly adhering to the guidelines for public companies and has initiated procedures in response to the report, so stay tuned for a follow-up announcement, the company told CnEVPost.

NIO fell 7.67 percent to S$21.9 before trading was suspended in Singapore. Its trading resumed at around 13:30 and the drop extended to 8.73 percent by press time.