At the end of 2020, NIO (NYSE: NIO, HKG: 9866, SGX: NIO) came under attack from well-known short-seller Citron Research, though it didn't affect the company at the time.

Now, one of the best-known Chinese electric vehicle companies has suffered another short-selling attack, albeit from a lesser-known agency.

In a report released today, an agency called Grizzly Research said they believe NIO is playing a Valeant-like accounting game to inflate revenue and boost net income margins to achieve its goals.

They suspect that NIO is likely using an unconsolidated related party, Wuhan Weineng (or Mirattery), to inflate revenue and profitability, saying it's reminiscent of the Philidor-Valeant relationship.

As background, Mirattery was founded on August 18, 2020, with investments from CATL, NIO, Guotai Junan and Hubei Science Technology Investment.

In August 2020, NIO launched its BaaS battery leasing business, with Mirattery as the manager of the battery assets.

The BaaS business allows users to purchase a NIO vehicle without buying a battery, thereby reducing the cost of the vehicle at the time of purchase by at least RMB 70,000. But instead of the owner owning the battery, Mirattery will hold the title to the battery.

Although Mirattery has an official English name, Grizzly Research uses the company's pinyin Weineng as its name in their report.

"Despite being formed by NIO and a consortium of investors in late 2020, this unconsolidated related party has already generated billions in revenue for NIO," Grizzly Research claims.

While this rapid growth is impressive on the surface, Weineng may be to NIO what Philidor is to Valeant, their report says, adding that it's as if Philidor helped Valeant habitually produce the numbers that NIO has strangely exceeded estimates since establishing Weineng.

Grizzly Research believes that sales to Weineng have inflated NIO's revenue and net profit by 10 percent and 95 percent, respectively.

"Specifically, we find that at least 60% of its FY2021 earnings beat seems attributable to Weineng," Grizzly Research claims.

While NIO is a darling of retail investors and a popular stock for US investors seeking exposure to electric vehicle adoption in China, the company is being propped up by financial shenanigans and littered with corporate governance red flags, Grizzly Research alleges.

By oversupplying batteries to Weineng and pulling in revenue, NIO has reported RMB 2.6 billion of inflated revenue for the 9-month ending September 2021, or about 10 percent of revenue for that period, the report says.

Worse, it should have reported a net loss of RMB 3.6 billion for the period, which is double the loss NIO actually reported, Grizzly Research says.

Here's the full Grizzly Research report, if you're interested.

NIO's shares don't seem to have been affected much by the short-sale report, down 2.72 percent at press time. 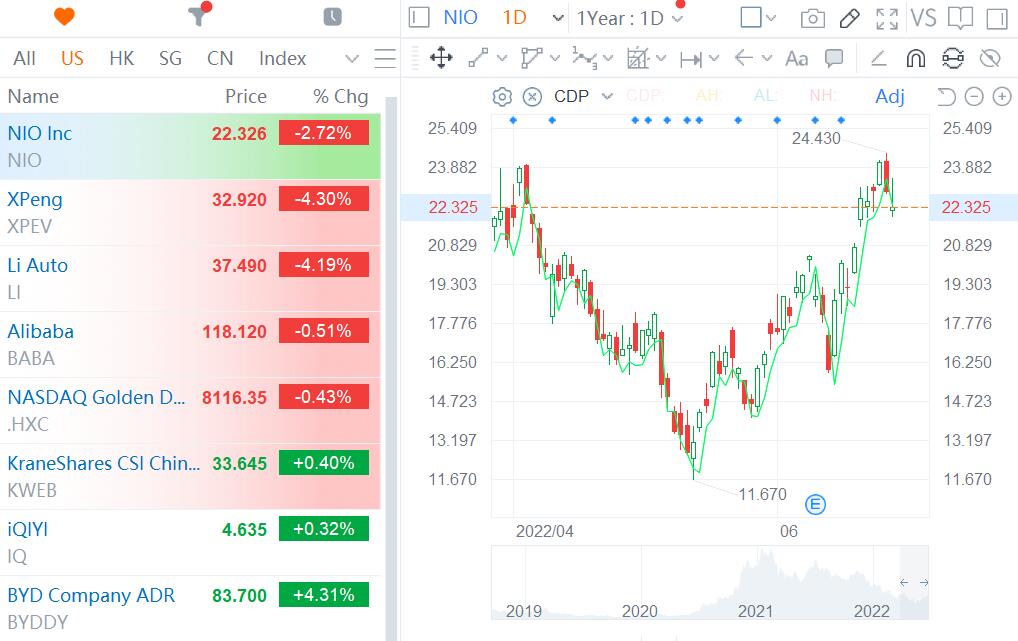