The milestone comes exactly three years after Leapmotor saw its production vehicle roll off the line on June 28, 2019, and just six months after its 50,000th vehicle rolled off the line. 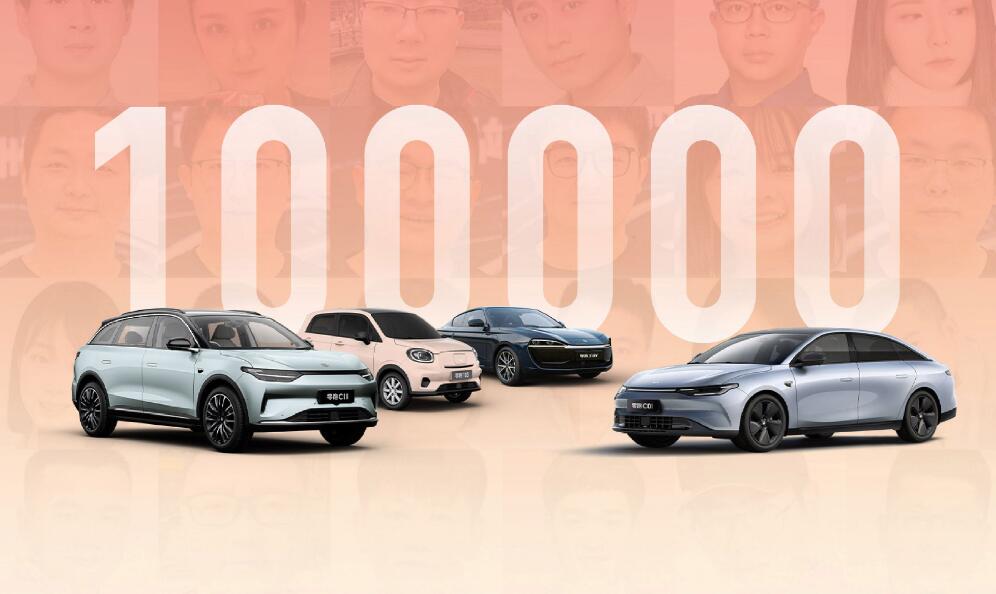 Leapmotor announced the milestone today with the 100,000th production vehicle being a performance version of the company's flagship SUV, the C11.

The milestone comes exactly three years after Leapmotor saw its production vehicle, the S01, roll off the production line on June 28, 2019, and just six months after its 50,000th vehicle rolled off the line.

This is a new beginning for Leapmotor as the company continues to invest more in core technologies, its founder and chairman Zhu Jiangming said.

The company delivered 43,748 vehicles in 2021, up 443.5 percent from 2020, according to its prospectus filed with the Hong Kong Stock Exchange in late March.

Leapmotor is focused on the mid- to high-end mainstream new energy vehicle (NEV) market of RMB 150,000 -300,000 and will expand its presence in China's mid- to high-end NEV market by expanding its diversified model portfolio in the future, its prospectus said.

The company is one of China's most ambitious EV startups, and in late December 2020, Zhu issued an internal letter with an ambitious "5-year plan" to enter the Top 3 of new car makers by 2023.

The company also hopes to gain a 10 percent market share of China's NEV market by 2025.

Leapmotor delivered a record 10,069 vehicles in May, surpassing the 10,059 delivered in March, according to data released on June 1.

From January to May, Leapmotor's cumulative deliveries were 40,735 units, up 347.44 percent from 9,104 units in the same period last year, according to data monitored by CnEVPost. 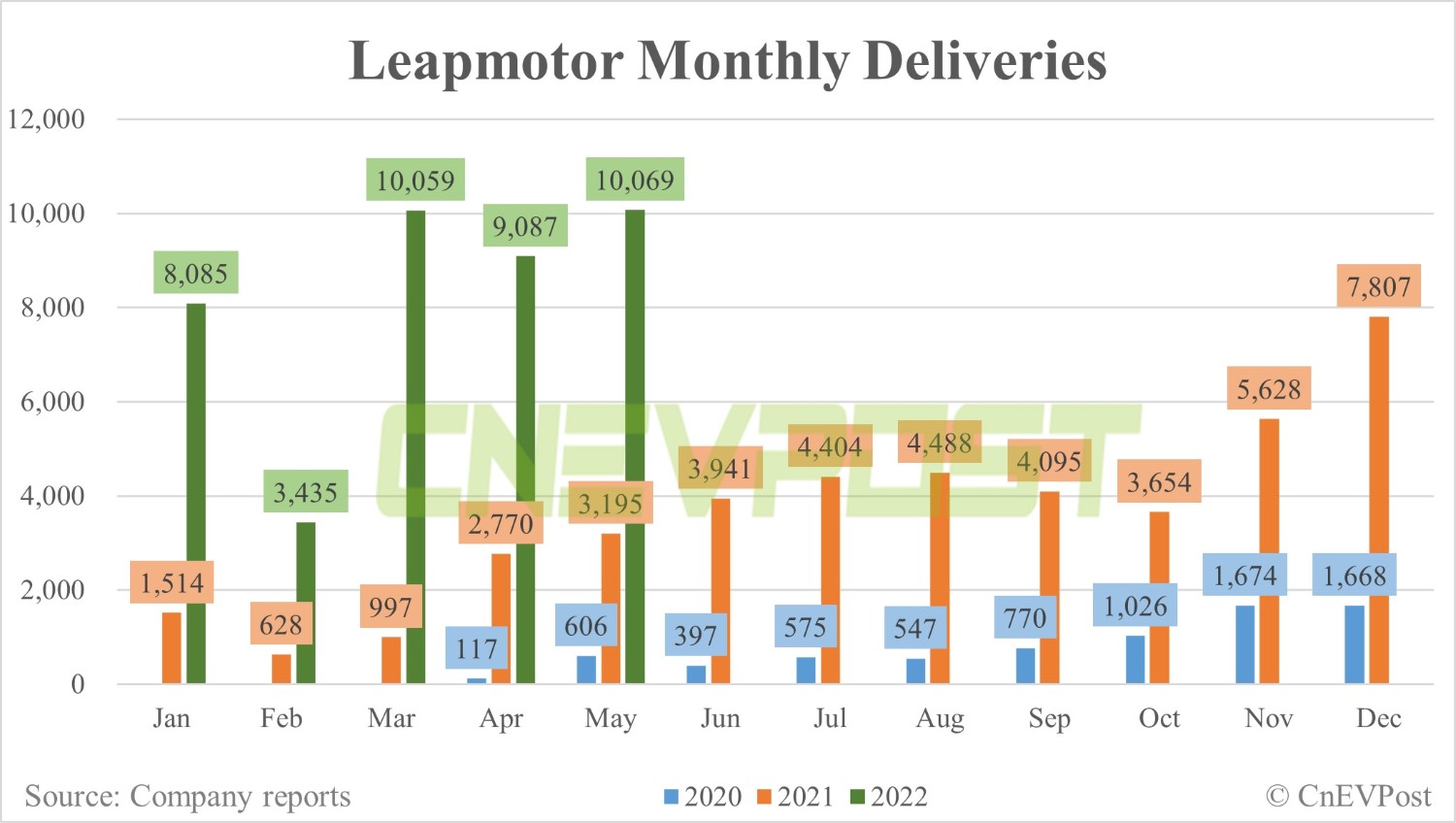