The driver of the vehicle had hoped to put it in reverse gear, but instead put it in forward, according to local media. 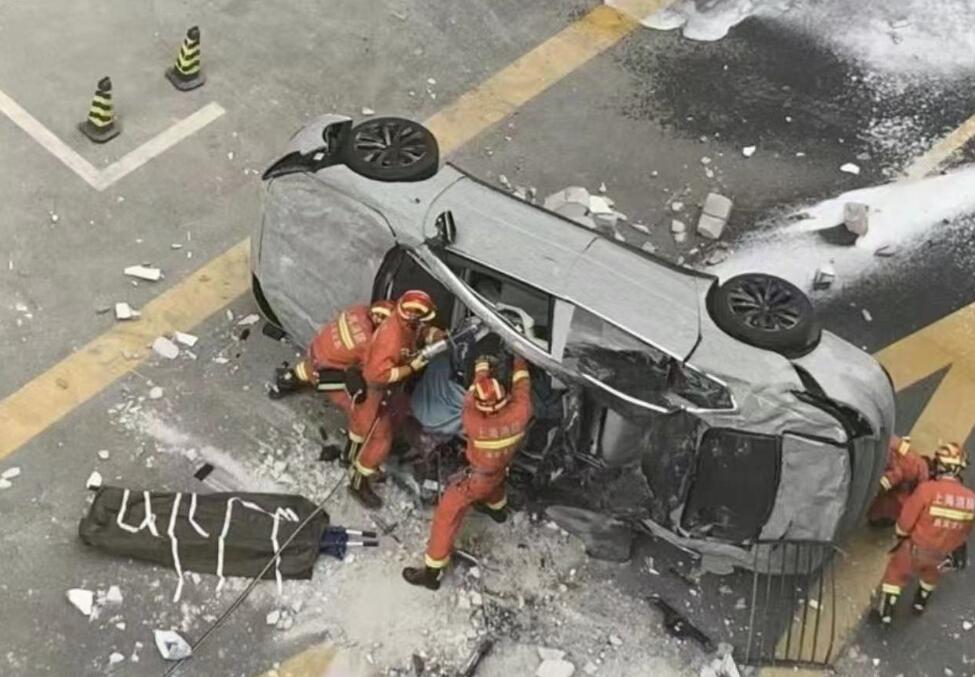 The tragic crash of an NIO (NYSE: NIO, HKG: 9866, SGX: NIO) vehicle that killed two people has been the topic of much discussion in China. Local media reports provided more and more information before the company's official announcement was available.

The vehicle involved in the accident was NIO's flagship sedan, the ET7, Time News said in a report today, citing an unnamed NIO source.

The accident, which is still under investigation, was very sudden and information will be shared if available, the source said.

According to another report in the Jinan Times, the accident may have occurred when the driver put it in the wrong gear. 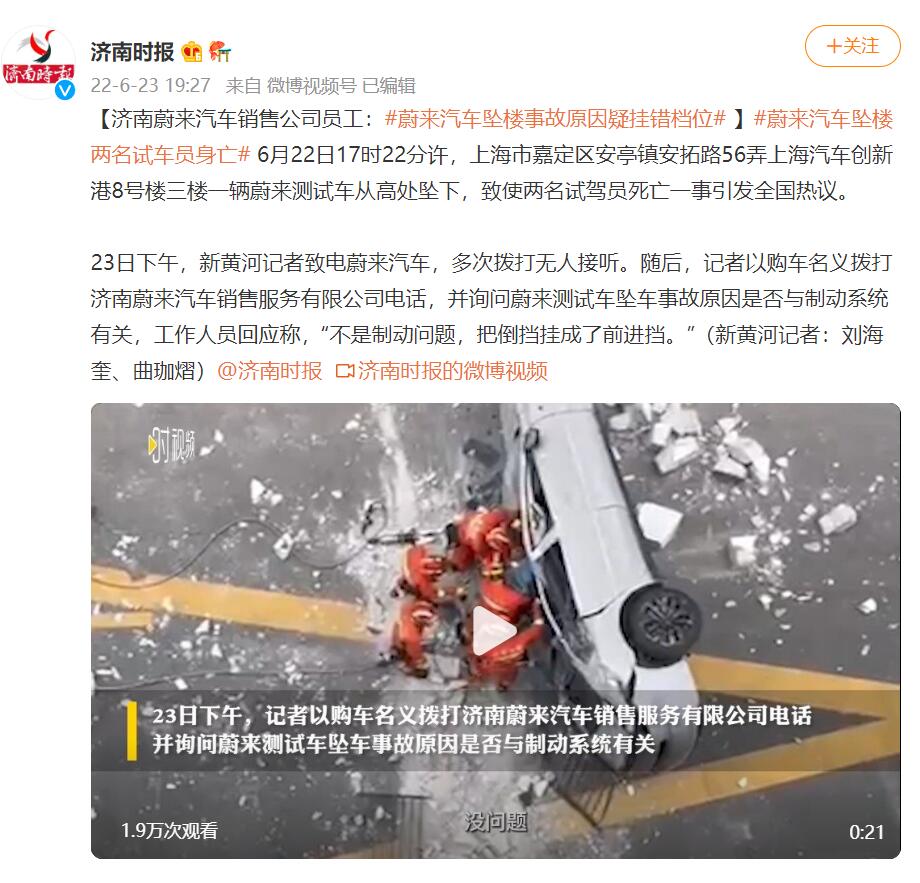 On the afternoon of June 23, a reporter from Xinhuanghe, a new media outlet owned by Jinan Times, called NIO, but was not answered.

The reporter then called NIO's sales company in Jinan in the name of purchasing a car and asked if the accident was related to the braking system.

The NIO staff in Jinan responded, "It's not a braking problem, (the driver) had hoped to put it in reverse gear, but instead put it in forward gear."

The NIO test vehicle fell from the third floor of Building 8 at the Shanghai Auto Innovation Port in Anting town, Shanghai, at around 17:22 on June 22, killing two car testers, according to a report today by Shanghai-based The Paper.

The Paper's report said the vehicle was an SUV, while there had been rumors it was an ET7.

Deliveries of the NIO ET7 began on March 28, with 163 units delivered that month.

In its first full month of delivery, the NIO ET7 sold 693 units at retail in April, ranking 10th among high-end sedans priced at more than RMB 300,000, the CPCA's list published last month showed.

In May -- its second full delivery month -- the NIO ET7 ranked ninth on the list, with 1,707 units delivered.