While XPeng CEO is excited about the upcoming start of laying out more powerful supercharging piles, WM Motor's helmsman is pouring cold water on it. 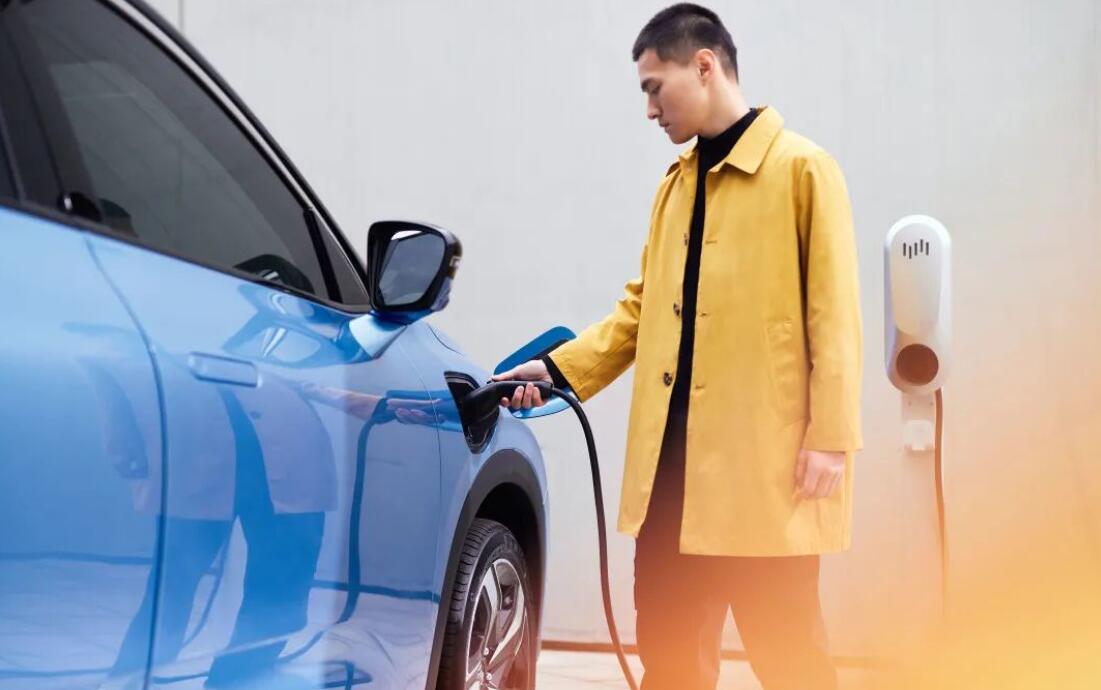 While the CEO of XPeng Motors (NYSE: XPEV, HKG: 9868) is making 800V supercharging technology appealing to many, there's one person who doesn't quite agree -- the man at the helm of his local counterpart, WM Motor.

The introduction of 800V supercharging technology faces a lot of problems on the grid and at charging facilities, and it may take up to 10 years before it is actually used on a large scale, Freeman Shen, founder, chairman and CEO of WM Motor, said today.

Shen made the comments under the Weibo topic "How long before supercharging arrives," saying it was his research-based observation.

On the grid side, supercharging stations need to be supported by very large capacitors, and their strength and speed of construction will determine penetration, Shen said.

In terms of implementation progress, an optimistic estimate of 5-10 years is needed to complete a nationwide capacitor retrofit, he said, adding that for reference, the last power retrofit in China's rural areas took 14 years.

In terms of infrastructure construction, the cost of supercharging stations, as well as supporting energy storage systems, can bring high construction costs and require a good business model for cost balancing, he said.

For the large-scale coverage of such facilities, if it does not take 5-10 years, its business model from the theory being proposed to practice, and then the cost balance, is absolutely not feasible, Shen said.

For consumers, buying an electric vehicle with supercharging is not a necessary choice at this stage, he said.

"At the current pace, it's hard for users to really feel the benefits of 800V in a meaningful way during the optimal usage period," Shen said.

Of course, for automakers, there must be forward-looking technology planning and implementation, which is another issue, he added. 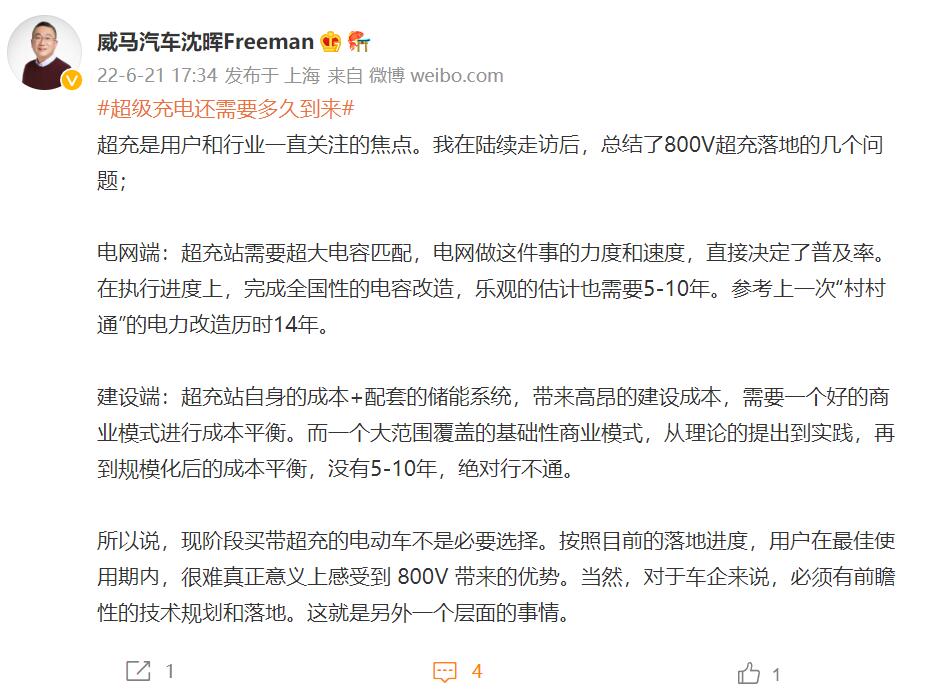 Interesting to note that just a week ago, on June 14, XPeng's chairman and CEO He Xiaopeng said on Weibo that the electric vehicle experience will see disruptive changes in the near future as ultra-fast charging technology is put into mass use.

They will allow vehicles to get up to 200 kilometers in as little as five minutes of charging time and charge the battery from 10 percent to 80 percent in 12 minutes.

"We will complete the layout of the new supercharging stations in the country's major highways and along their routes as soon as possible after that," He said.

The XPeng CEO did not directly mention 800V at the time, but his description clearly referred to the technology.