From January to May, BJEV sales were 13,413 units, just slightly higher than Li Auto's sales in one month. 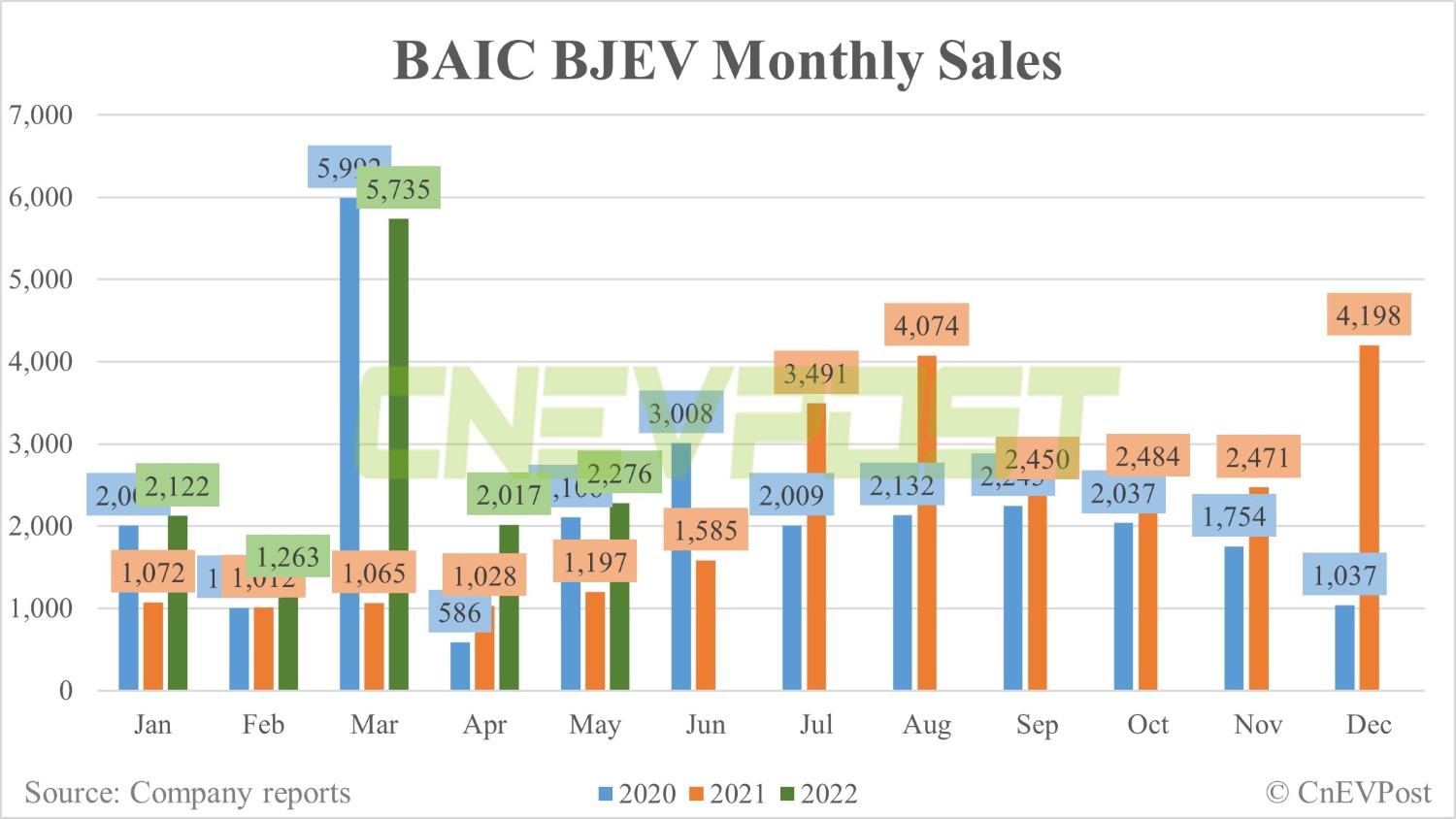 BJEV has had a glorious past, having held the top spot in pure electric vehicle sales in China for seven consecutive years from 2013-2019.

However, the company's business conditions have continued to deteriorate in recent years, with sales of just 26,127 units in 2021.

Its cumulative sales in the first five months of the year were only slightly higher than Li Auto's (NASDAQ: LI, HKG: 2015) sales of 11,496 units in May.

BJEV is now pinning its turnaround hopes on its Arcfox brand, with the Arcfox α-T SUV and Arcfox α-S sedan, the former was released at the end of October 2020 and the latter at the end of April 2021.

On May 7, BAIC and Huawei announced the launch of the Arcfox α-S equipped with "Huawei Inside", making it the first production sedan to be equipped with Huawei's full-stack smart car solution and Huawei's intelligent cockpit.

However, sales of the Arcfox α-S have not been announced yet.