Starting June 1, businesses in Shanghai will no longer need to apply to the government if they want to resume operations. 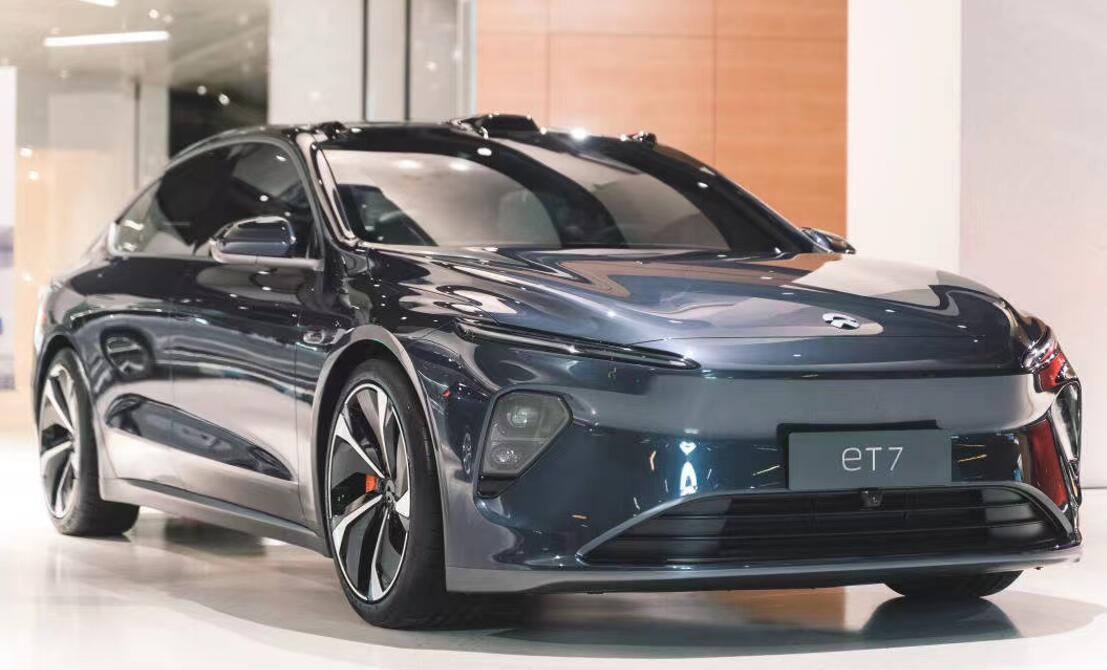 (An ET7 on display at the NIO House in the skyscraper Shanghai Center. Credit: NIO)

The Shanghai showrooms of automakers including NIO (NYSE: NIO, HKG: 9866, SGX: NIO) and Tesla (NASDAQ: TSLA), which have been closed since late March due to Covid controls, are expected to reopen soon.

Starting June 1, Shanghai will eliminate a whitelist that companies must enter to resume work and production, local officials said today.

The city has allowed hundreds of so-called key enterprises to resume production in a closed-loop through a whitelist management system that has been in place since late April with a strict lockdown in place.

The latest development means that local businesses will no longer need to apply to the government if they want to resume operations.

Wu Qing, executive vice mayor of Shanghai, revealed the plan at a press briefing today, saying that the city will remove unreasonable restrictions on businesses resuming work and production, and support the resumption of work and production in all areas.

It is worth noting, however, that this does not mean that the city's businesses will reopen all at once, as travel restrictions still exist in many residential areas, and the city aims to return to full normal life by mid-to-late June at the latest.

Shanghai is home to Tesla's factory in China and to the global headquarters of NIO, though NIO has its plant in Hefei, in central China's Anhui province.

The eastern Chinese city went into a phased lockdown on March 28, and Tesla's production was suspended from then and resumed on April 19.

As of May 19, Tesla's Shanghai plant has seen a cumulative total of 26,000 vehicles roll off the line since production resumed, China's Ministry of Industry and Information Technology said in an article posted on its official WeChat account earlier this month.

Despite hundreds of companies being allowed to produce in closed-loop, travel restrictions remain in place and showrooms in Shanghai for car companies including Tesla and NIO remain closed.

The next Covid prevention and control in Shanghai will be divided into three phases, with the goal of fully restoring normal life and company production order from June 1 to mid-to-late June, local officials said at a press briefing on May 16.

So far, Shanghai is close to reaching its goal of clearing Covid cases to zero, with 29 new confirmed cases and 93 asymptomatic infections on Saturday, according to health authorities.

A return to normal production order in Shanghai is crucial for China's auto industry, considering the city is one of China's key auto supply chain centers and one of the largest sellers of new energy vehicles (NEVs).

In the first quarter, Shanghai sold 122,000 vehicles according to local license plate registrations, of which 58,000 were NEVs, accounting for 47.5 percent of total sales, data released by the China Passenger Car Association (CPCA) in late April showed.

Shanghai is also the most important market for major NEV companies, given the city's more supportive policies for such vehicles than other mega-cities.

Currently, Shanghai residents can get a free license plate when they purchase a NEV. By comparison, Beijing residents who want to qualify for a NEV purchase need to participate in a lottery system and often have to wait several years or even more than 10 years.

The Tesla Model 3, SAIC Roewe Ei5, and BYD Han EV were the top-selling NEVs in Shanghai in 2021, and the Tesla Model Y, NIO ES6, and Roewe RX5 were the best-selling new energy SUVs, according to the CPCA.

Shanghai is also a critical market for NIO, which has the No. 1 market share of 23 percent of all fuel and electric SUVs priced over RMB 350,000 ($52,255) in Shanghai in 2021, William Li, the company's founder, chairman and CEO, said during a quarterly call on March 25.

In addition to lifting restrictions for companies to resume work from June 1, Shanghai today released an action plan on restoring the local economy, which includes support for the auto industry.

Shanghai will promote auto consumption by adding 40,000 new non-business passenger car license quotas during the year, and will reduce the purchase tax on some passenger cars in phases in accordance with national policy requirements, according to the plan.

Before December 31, individual consumers who scrap or transfer their passenger cars registered in Shanghai and purchase pure electric vehicles will be able to get a subsidy of RMB 10,000 yuan for each vehicle, according to the plan.

Apart from Shanghai, the Covid situation in other Chinese cities is largely under control.

Officials in Beijing announced Saturday that the current Covid outbreak there has been effectively contained. Happy Valley Beijing, one of the city's most important amusement parks, said it will reopen from May 31.