Jidu said its robot car design is inspired by spaceships, with advanced self-driving capabilities and an ultra-intelligent cockpit.

Baidu's (NASDAQ: BIDU, HKG: 9888) car-making arm Jidu Auto will unveil its robot car concept early next month after the plan was postponed due to the latest Covid outbreak in China.

Jidu will hold its inaugural JIDU ROBODay event on June 8 and unveil its robot car concept, the company announced today.

Notably, Jidu's event will be held online, considering that major cities, including Beijing and Shanghai, still face the challenge of Covid prevention and control.

"22.06.08, robot car concept will be born soon, waiting for you in the metaverse," Jidu's poster reads in Chinese. The poster shows the name of the concept car as ROBO-01. 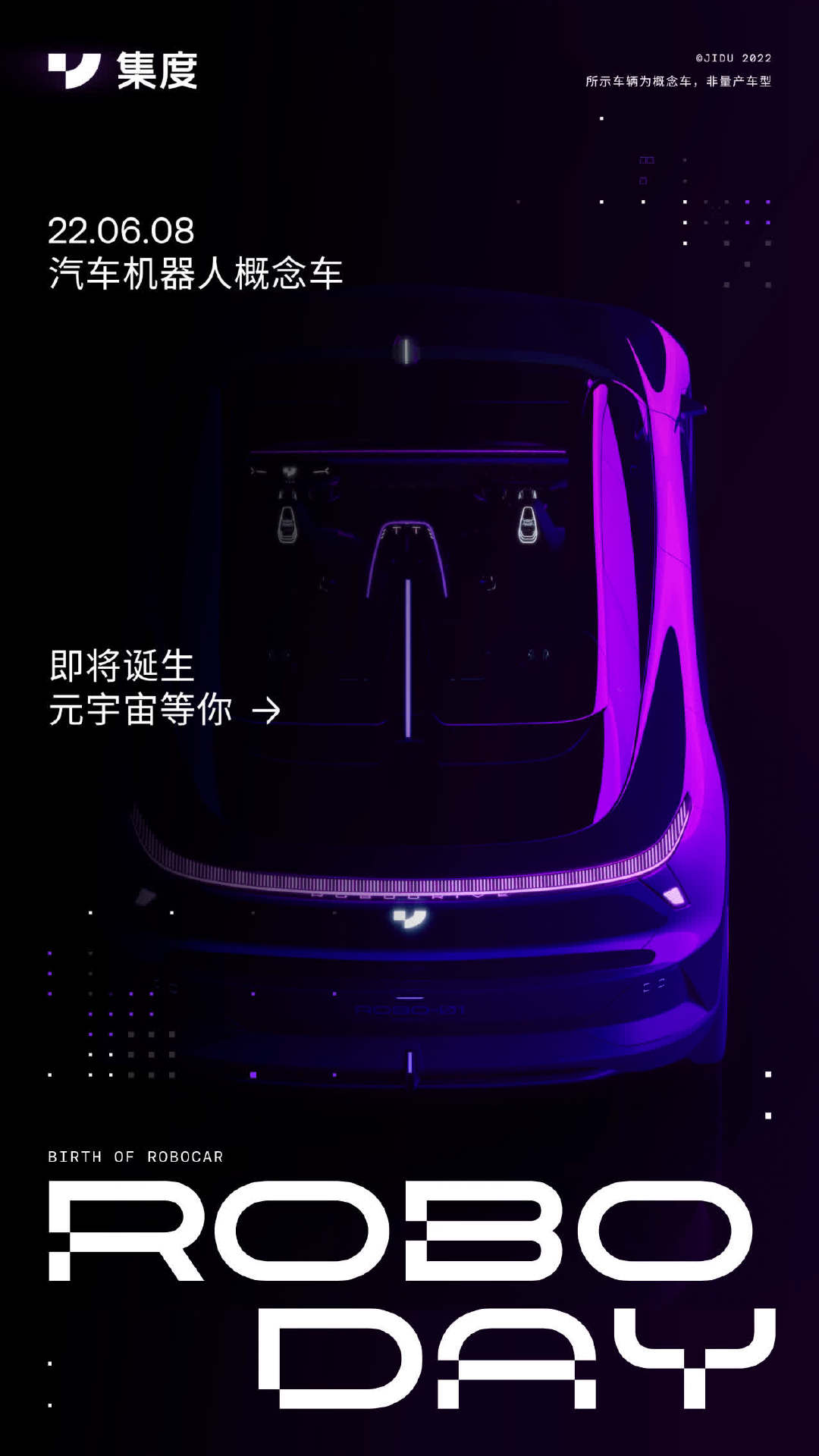 Jidu said the robot car is inspired by spaceships and has high-level autonomous driving capabilities on highways and city roads, and an ultra-intelligent cockpit.

Jidu originally planned to hold its first JIDU ROBODay event on April 18 and unveil its robot car concept. But with the postponement of the Beijing auto show scheduled for April 21 - April 30, the plan was also postponed.

On April 18, Jidu released some design details of the concept car's front end and hinted that the model will be announced in June.

Jidu's goal is to deliver a complete, safe and reliable autonomous driving experience by 2023, rather than by OTA after delivery.

Jidu, which was officially established on March 2, 2021, will build models based on Geely's Sustainable Experience Architecture (SEA) platform and Baidu's technology in autonomous driving.

At the Baidu Create developer conference on December 27, 2021, Robin Li, founder, chairman and CEO of the search engine and artificial intelligence giant, said Jidu will unveil its first concept car in the first half of 2022, with mass production and delivery in 2023.

In late February, Jidu said the production model of its first car would be officially unveiled at the Guangzhou auto show in November and would be available in 2023.

At the end of March, Jidu CEO Xia Yiping said the company has already started the development and pre-production of subsequent models including the second and third models, which will be unveiled at the Guangzhou auto show this year at the earliest.

Jidu will build its own sales and service channels, with its first store planned to be located in Shanghai, Xia said at the time.