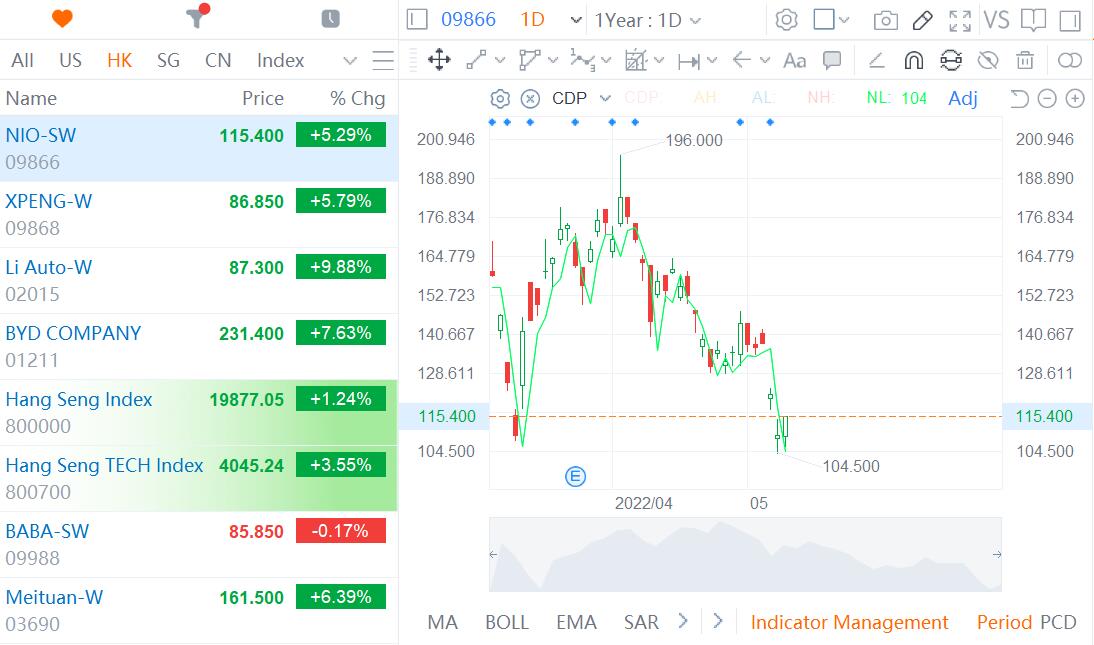 The mainland A-share market also saw a sharp rebound, with the Shanghai Composite Index up 1.29 percent and the ChiNext Index up 3.44 percent as of writing. Contemporary Amperex Technology Co Ltd (CATL, SHE: 300750) rose 6.44 percent.

China's CPI rose 2.1 percent year-on-year in April, above market expectations of 1.8 percent, according to data released earlier by the National Bureau of Statistics. China's PPI rose 8.0 percent in April from a year earlier, higher than expectations of 7.8 percent.

In company-related news, the Hefei Economic Development Zone and NIO signed an agreement on NeoPark Phase II and key core component support projects, according to an article released yesterday by the city government.

The project, which covers 1,860 mu (1.24 square kilometers), will import intelligent EV products from NIO's new mid- to high-end brand and is scheduled to be completed and put into production in 2024, according to the article.