NIO to build plant for sub-brand models at NeoPark, plans to start production in 2024 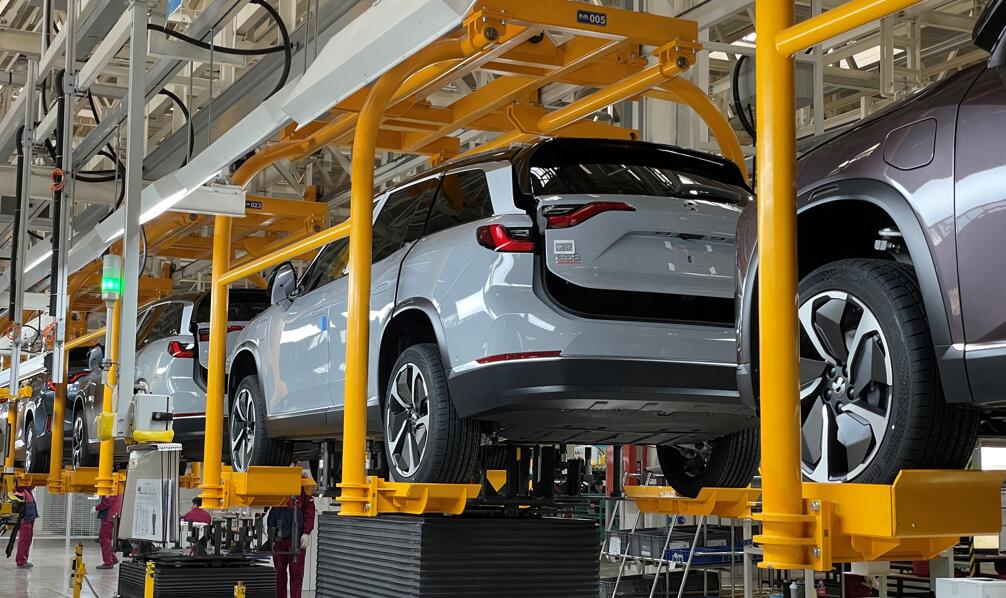 (File photo shows the inside of the workshop at JAC-NIO's Hefei manufacturing base. Image credit: CnEVPost)

In the past few months, there has been little news about NIO's (NYSE: NIO, HKG: 9866) sub-brand. Now the authorities in Hefei, Anhui province, have provided the latest information.

The Hefei Economic Development Zone and NIO signed a cooperation agreement for NeoPark Phase II and key components supporting projects, according to an article published today by the city government.

The project, which covers 1,860 mu (1.24 square kilometers), will introduce NIO's new mid- to high-end brand of smart electric vehicle products and is scheduled to be completed and put into production in 2024, according to the article.

NIO confirmed on August 12 last year that it would enter the mass market through a sub-brand, saying that preparations had been accelerated and a core team had been established.

"The NIO brand has a relationship with the new brand similar to that of Lexus and Toyota, Audi and Volkswagen," William Li, the company's founder, chairman and CEO, said on an earnings call at the time.

In a conference call after announcing its four-year earnings on March 25, Li said the core team for NIO's sub-brand had been built, with a clear strategic direction and development plan.

The sub-brand's first products are in the critical development stage, he said, adding that NIO will not go into the mass market at the expense of gross margins.