The move is based on the company's confidence in its future growth prospects and to further establish a sound long-term incentive mechanism, Gotion said.

As China's stock market comes in at its lowest level in the past two years, more local companies are buying back shares, with Gotion High-tech (SHE: 002074), a Volkswagen-backed power battery supplier, being the latest to do so.

Gotion will use its own funds to buy back a total of RMB 200 million to 400 million yuan of its A shares at a price not exceeding 45 yuan per share, the Shenzhen-listed company said in an announcement Thursday.

The move will buy back about 4.44 million to 8.89 million shares, accounting for about 0.2670 percent to 0.5340 percent of the company's total issued share capital, according to the company.

The move is based on the company's confidence in its future growth prospects to boost investor confidence and further establish a sound long-term incentive mechanism, the company said.

The repurchased shares will be used for an employee stock ownership plan or equity incentive plan for the company's core employees, Gotion's announcement said.

BYD plans to buy back shares worth RMB 1.8 billion to RMB 1.85 billion at a price not exceeding RMB 300 per share, the Shenzhen-traded company said in an announcement on April 22.

The repurchased shares will all be used for an employee stock ownership plan, and the unused portion will be canceled and the registered capital reduced, BYD said.

Gotion's shares fell about 2 percent in Friday's early trading session as the overall market moved lower, and have accumulated a decline of about 47 percent so far this year. 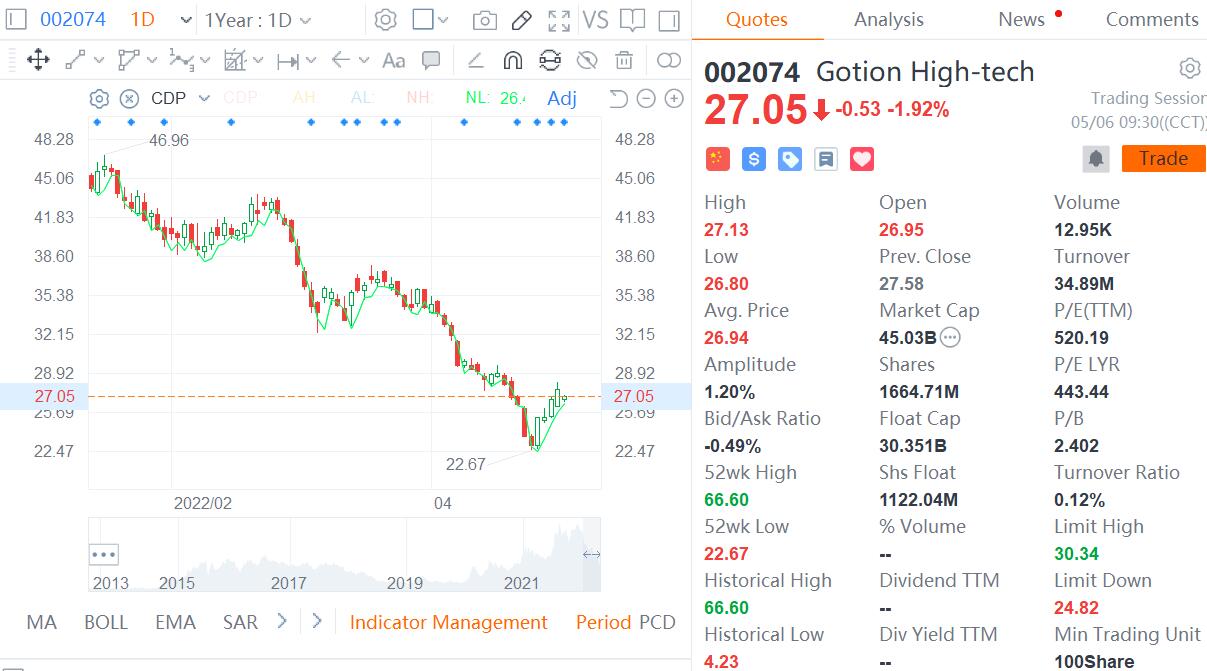