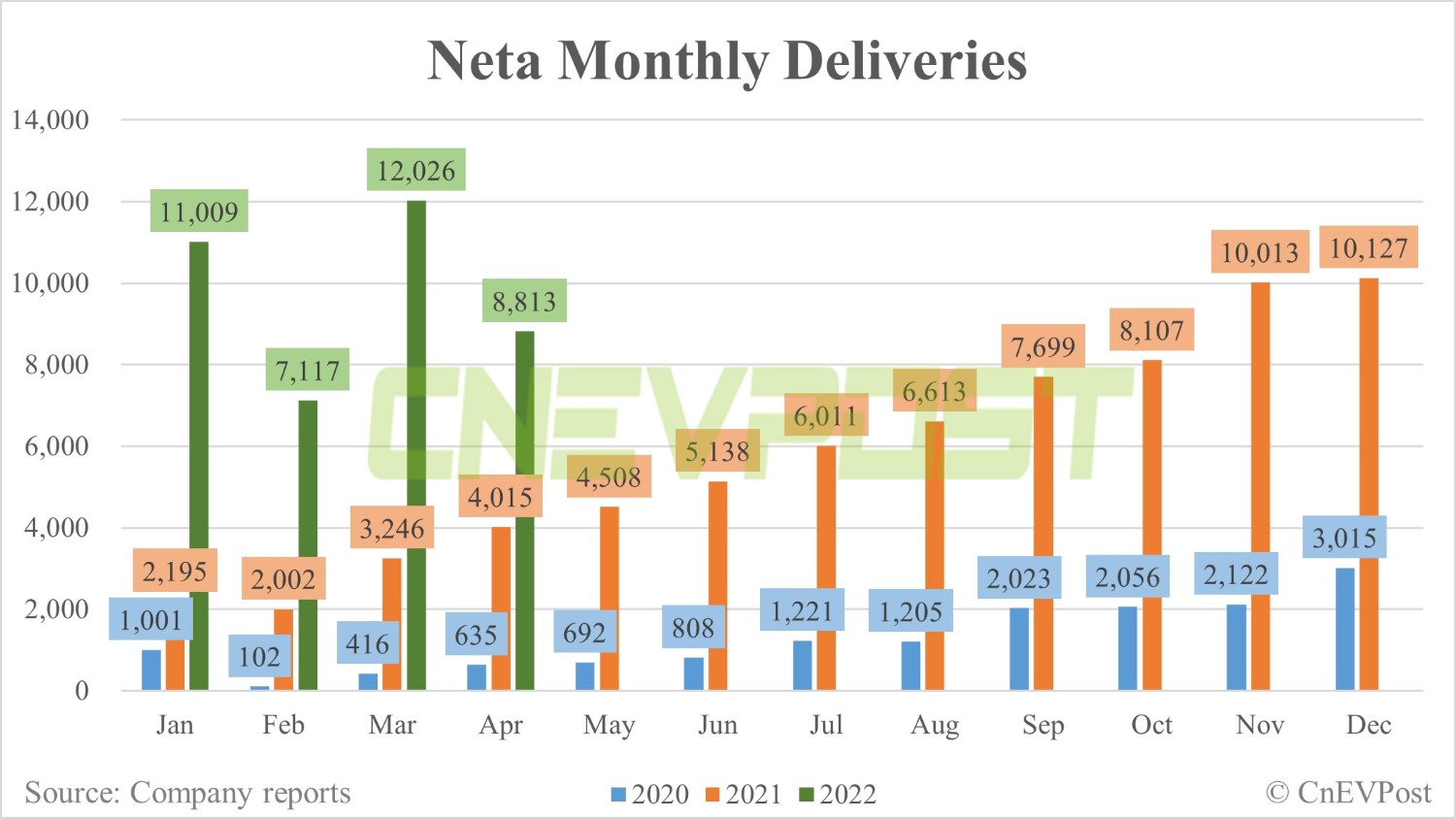 The company did not release breakdown delivery figures for these models.

Neta appears to have been hit relatively little at a time when the Covid outbreak has caused severe disruptions in China's auto supply chain.

The daily retail sales of passenger cars in China averaged 27,000 units in the first to third weeks of April, down 39 percent from a year earlier, according to data released last week by the China Passenger Car Association (CPCA).