This is near the median of BYD's previously forecasted range of RMB 650 million to RMB 950 million.

BYD (OTCMKTS: BYDDY, HKG: 1211) reported net profit attributable to the parent company of RMB 808 million ($123 million) in the first quarter, up 241 percent from RMB 237 million in the same period last year, according to the company's earnings report announced today. 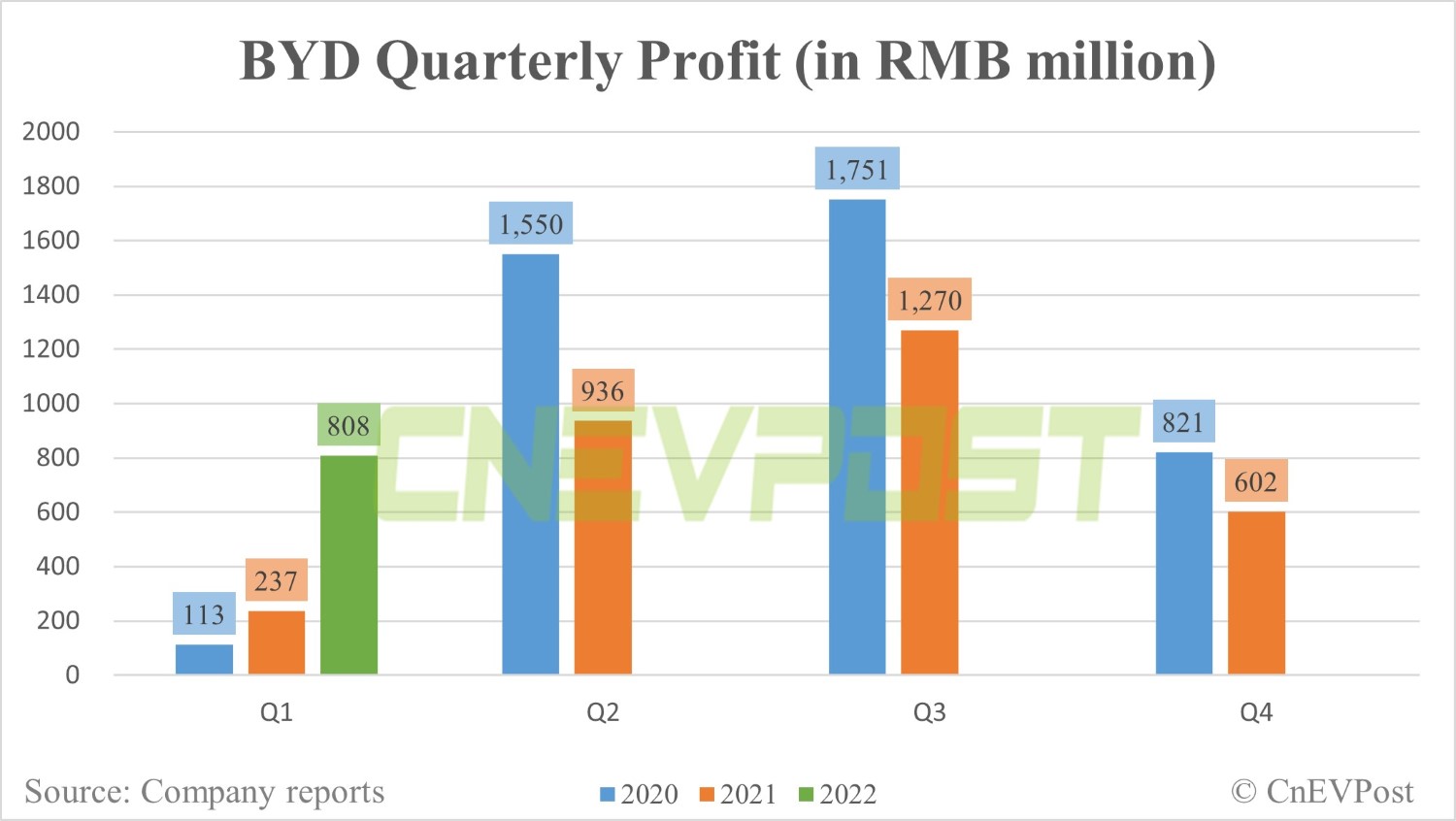 This lies near the median of the range it previously forecast. On April 18, BYD said that it expects to report net income of RMB 650 million to RMB 950 million for the first quarter, up 174 percent to 300 percent from RMB 237 million in the same period last year.

BYD achieved revenue of RMB 66.8 billion in the first quarter, up 63 percent from RMB 41 billion in the same period last year, according to figures it released today.

The revenue growth was mainly brought about by the rapid growth of the new energy vehicle (NEV) industry, BYD said. 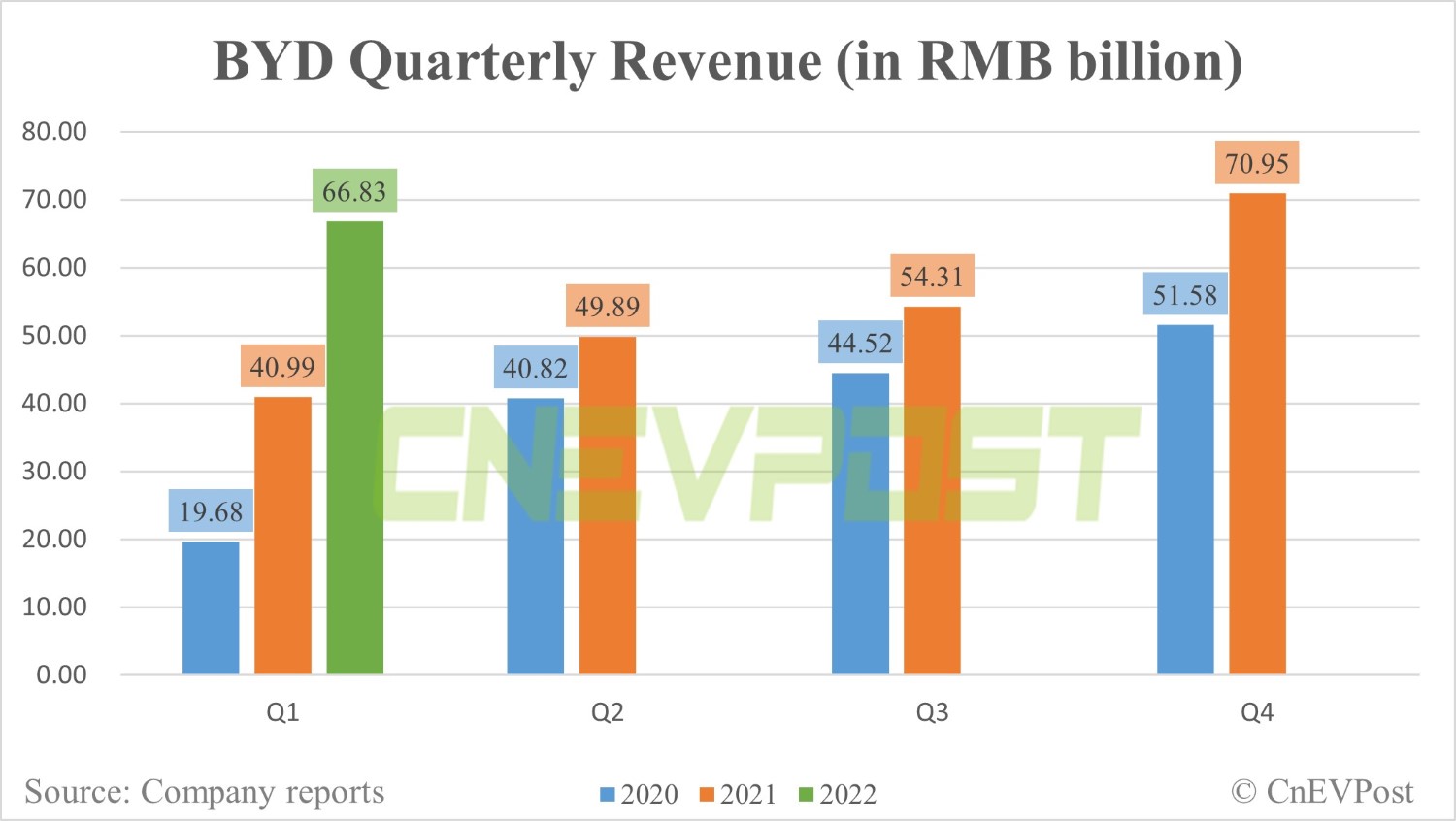 In the previous earnings preview, BYD said that in the first quarter, despite the adverse impact of factors such as the macroeconomic downturn and the Covid outbreak, the NEV industry in general continued the momentum of rapid growth.

BYD's NEV sales hit a record high and its market share continued to climb, achieving rapid growth year-on-year, the company said previously, adding that this drove a significant improvement in earnings and to some extent hedged the pressure on earnings from rising upstream raw material prices.

Notably, BYD made two price hikes for its models in January and March, which is expected to boost the company's performance in the second quarter, given that the delivery cycle is about 2-3 months.

BYD reported basic earnings per share of RMB 0.28 in the first quarter, near the median of its previous earnings forecast range of RMB 0.22 to RMB 0.33 and up from RMB 0.08 in the same quarter last year. 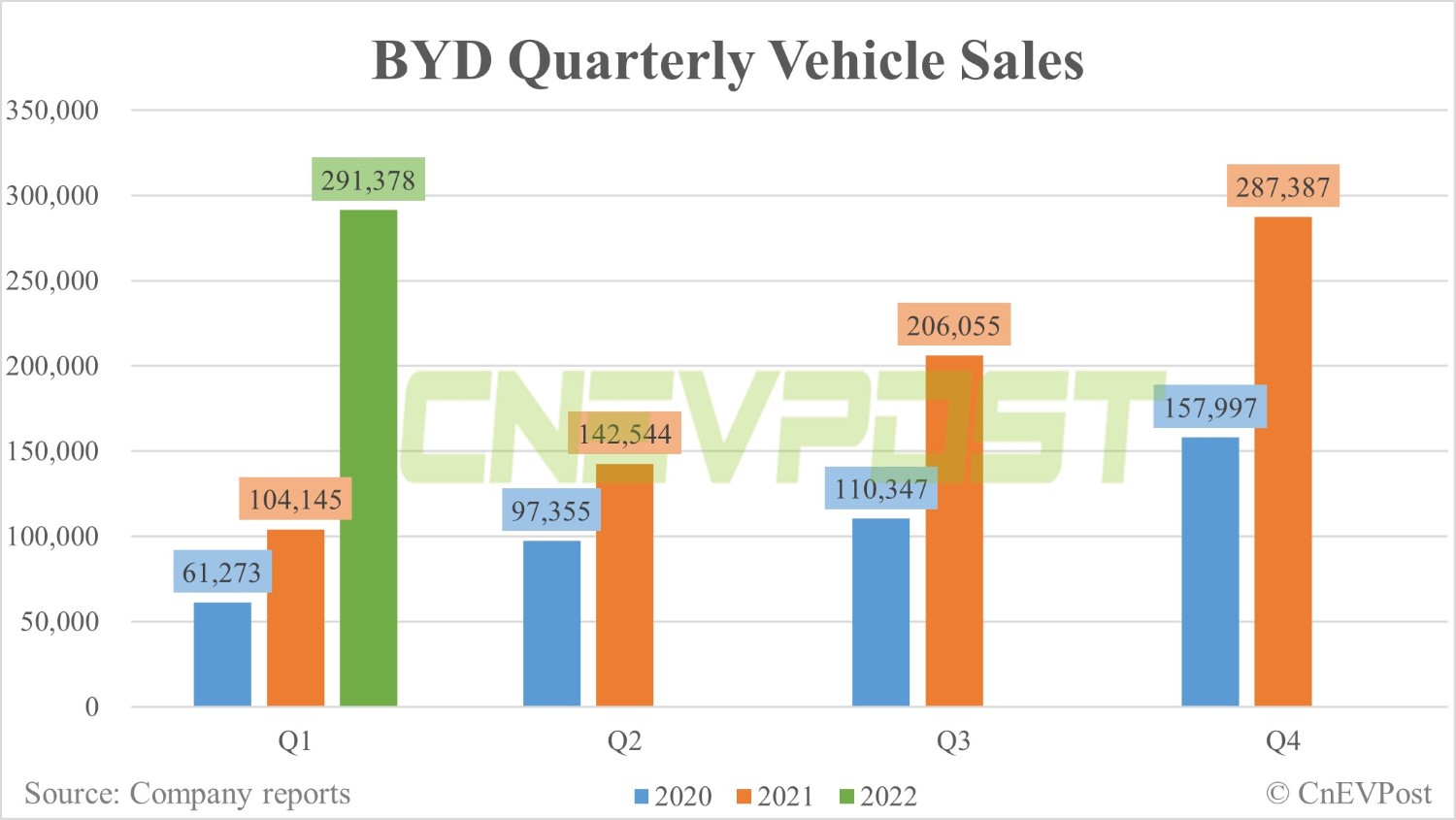 BYD's battery installation in the first quarter was 10.41 GWh, up 247 percent year-on-year, and its market share in China reached 20.31 percent.

Considering BYD's 65.76 percent stake in BYD Electronics, this means that the profit attributable to BYD was RMB 118 million, which partially impacted BYD's profitability.

In the cell phone parts and assembly business, weak industry demand led to low capacity utilization and pressure on the profitability of this business segment, BYD previously said.