Tesla (NASDAQ: TSLA) reported earnings that beat expectations after the US stock market closed last Wednesday, but did not provide information on how it performed in China. Now the latest filing reveals that information. 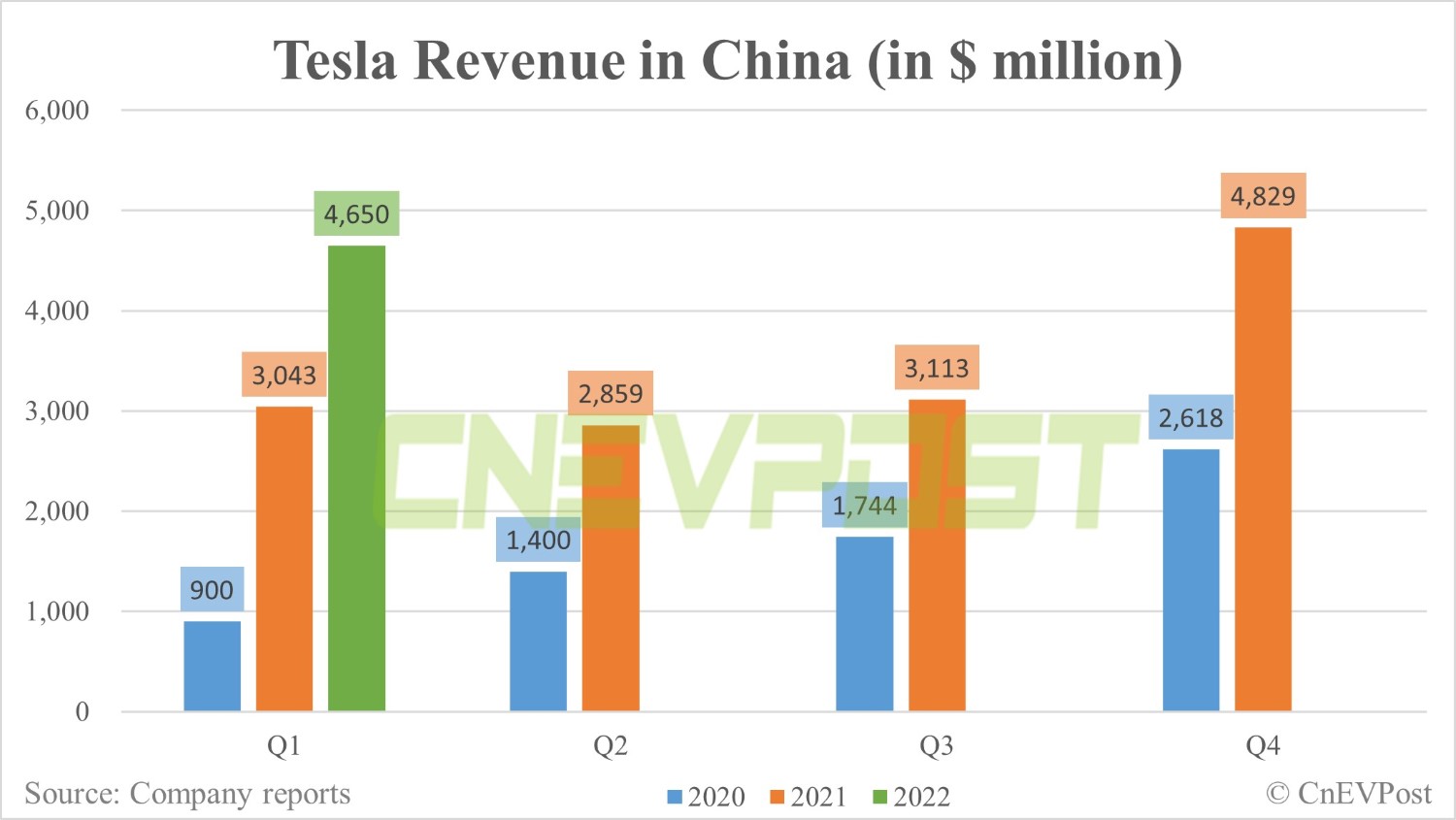 The US remains Tesla's largest market, contributing $8.73 billion in revenue in the first quarter, or 46.6 percent of total revenue.

Regions other than China and the US contributed $5.37 billion in revenue, or 28.6 percent of the total.

The growth in Tesla's revenue in China was driven by higher deliveries of Giga Shanghai.

Tesla sold 182,174 China-made vehicles in the first quarter, including 108,300 delivered in China and 73,874 exported from its Shanghai plant, according to data from the China Passenger Car Association (CPCA).

Considering the company delivered 310,048 vehicles globally in the first quarter, it sold 35 percent of its vehicles in China during that period.

Tesla reported last week that it had revenue of $18.76 billion in the first quarter, up 81 percent from a year earlier and above Wall Street analysts' expectations of $17.92 billion.

It reported gross profit of $5.46 billion in the first quarter, up 147 percent from a year earlier.

The company's gross margin of 29.1 percent under GAAP was 7.79 percentage points higher than in the first quarter last year and above analysts' expectations of 25.8 percent and 24.7 percent in the fourth quarter last year.

It is worth noting that Tesla Giga Shanghai began shutting down production on March 28 due to the Covid outbreak and only began resuming limited production last week.

While many expect an impact on its second-quarter deliveries, Tesla CEO Elon Musk said on the earnings call that the Shanghai plant will produce roughly the same amount in the second quarter as it did in the first, but will grow rapidly in the third and fourth quarters.