LFP batteries expected to have over 60% global share by 2024, report says

The last two years of global battery cathode material industry capacity planning shows that the expansion scale and speed of LFP materials will far exceed that of ternary materials.

Lithium iron phosphate (LFP) batteries have been installed in China for many months more than ternary lithium batteries, and a recent report said they will also dominate the global market in two years.

As technology continues to advance, LFP batteries are expected to account for more than 60 percent of the global power battery market installed base by 2024 due to their cost-performance advantage, market research firm TrendForce said in a report released today.

Power batteries are the core components that account for the highest cost of EVs, and reducing their cost will be an important strategy for companies to compete in the future, TrendForce said.

In China, the world's largest EV market, LFP batteries overtook ternary batteries with a 52 percent share in 2021 and saw their share continue to rise to 58 percent in the first quarter of this year, the report noted.

However, in the global EV market, benefiting from increased penetration of new energy vehicles in Europe and the US, ternary batteries have a share of more than 60 percent in 2021, higher than LFP batteries at about 32 to 36 percent, TrendForce said.

Although the global share of LFP batteries still has a large gap from ternary lithium batteries, the global battery cathode material industry capacity planning in the past two years shows that the expansion scale and speed of LFP materials will far exceed that of ternary materials, the report said. 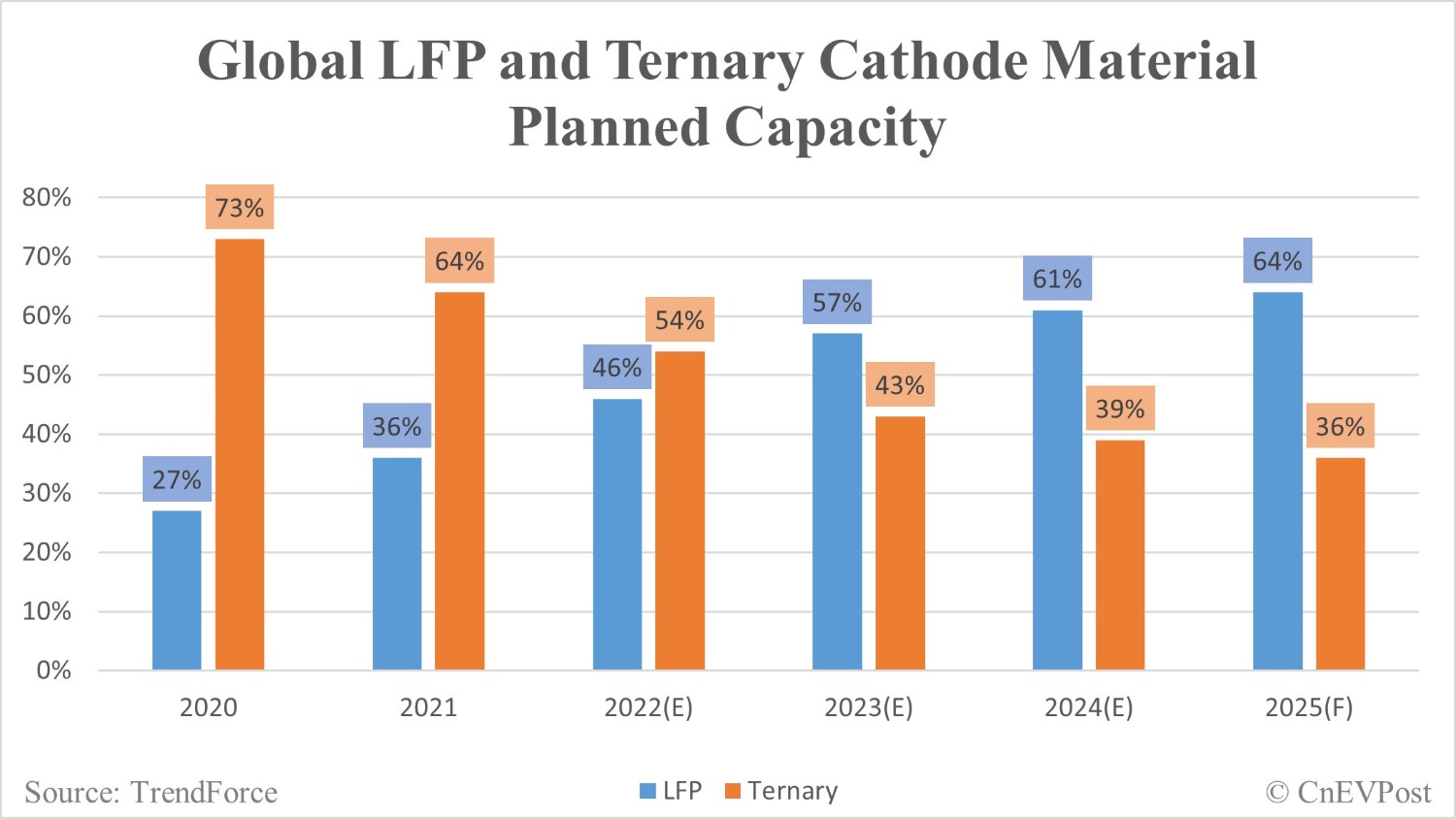 However, as the planned capacity has exceeded the market demand, there will be a gap between the total planned capacity and the actual capacity in the future, and it remains to be seen how much actual effective capacity can be reached, the report said.

With the significant increase in the prices of core battery raw materials such as lithium, cobalt and nickel since the second half of 2021, automakers will focus more on reducing battery material costs, as well as supply chain security, TrendForce said.

Under this trend, LFP batteries will have a more prominent cost-performance advantage and will likely become mainstream in the next 2-3 years, TrendForce said.

China's power battery installed base in March was 21.4 GWh, up 138 percent year-on-year and 56.6 percent from February, according to data released by the China Automotive Battery Innovation Alliance (CABIA) on April 11. 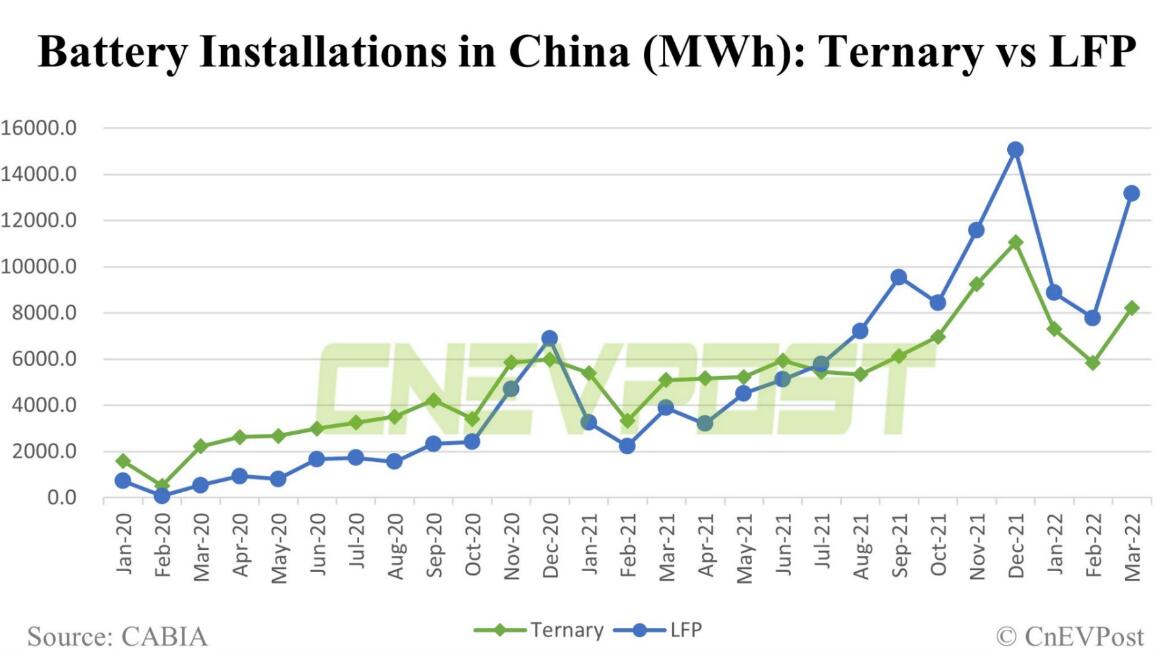