Dida filed to list in Hong Kong back in October 2020, but has so far been unsuccessful in doing so.

William Li, founder, chairman and CEO of NIO, has exited from the executive team of an affiliate of ride-hailing platform Dida Chuxing, which is currently in the process of filing for an IPO in Hong Kong.

The ride-hailing platform was founded in 2014 and had 205 million registered users as of December 31, 2020, information on the company's website shows.

Li has served as a director of Dida since February 2015 and is second only to founder Song Zhongjie in the executive team displayed on the company's official website. 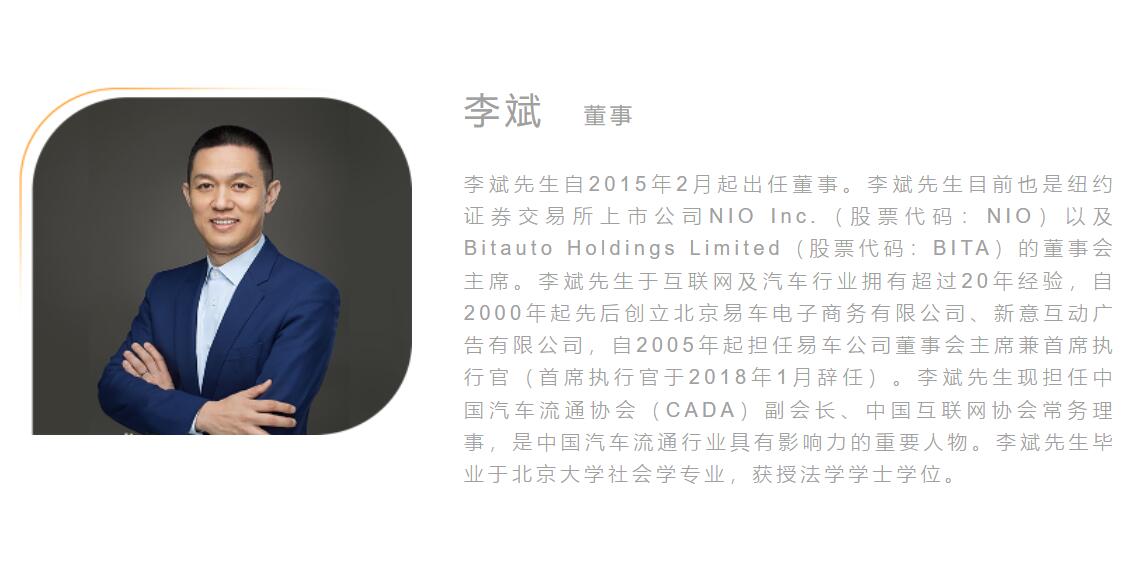 On October 8, 2020, Dida filed a prospectus with the Hong Kong Stock Exchange (HKEX), where it plans to list.

However, the company's IPO process did not seem to go smoothly, and in early April 2021, Dida's IPO application expired. Media reports at the time said that the HKEX asked Dida many questions at the time including its license in the cities in which it operates.

On April 13 last year, Dida resubmitted its IPO application to the HKEX with an updated business profile.

Its updated prospectus showed that it had a full-year gross trading volume of RMB 9 billion, operating income of RMB 791 million and adjusted net profit of RMB 343 million in 2020.

However, another year has now passed and the company has still not successfully listed in Hong Kong.

It is unclear whether Li's exit from the company's executive team is related to Dida's IPO plans.