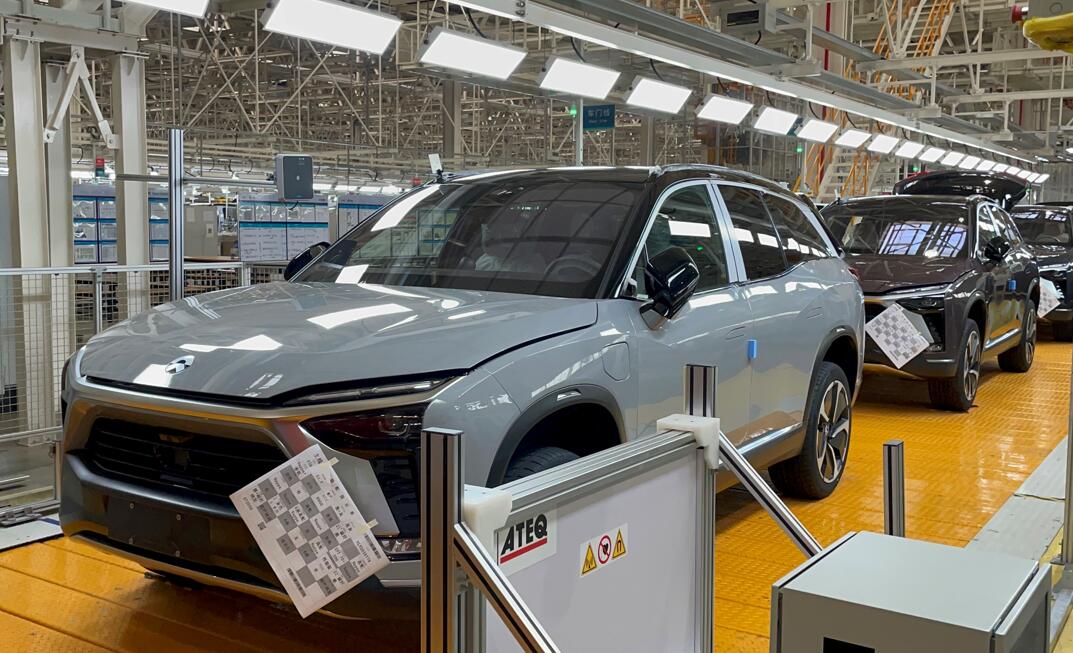 NIO's production halt seems to be very short-term, unlike Tesla which lasted from the end of last month and there's still no sight of resumption.

A few days after announcing the suspension of vehicle production, NIO's Hefei plant is preparing to gradually resume production, an unnamed NIO (NYSE: NIO, HKG: 9866) insider was quoted by the Economic Observer today as saying.

"NIO's vehicle production was suspended last Saturday due to the impact of the supply chain. At present, the supply chain has slightly recovered and the Hefei production base is gradually resuming production," the report quoted the source as saying.

"As for future production plans, it depends on how the supply chain recovers," the person said.

A number of automakers located in Jilin and Shanghai, including FAW Group, Tesla and SAIC Group companies, have been forced to shut down production due to the new Covid pandemic outbreak.

NIO's production base is located in Hefei, which was not directly affected, but production was also suspended because of disruptions in parts supply.

With the supply chain restored in some areas, NIO is ready to enter the resumption of production, the Economic Observer report said, adding that NIO did not say as to exactly where the supply chain was eased.

NIO said on April 9 that it had suspended production because Covid had caused partners in the supply chain to stop production.

Since March, NIO's supply chain partners in Jilin, Shanghai, Jiangsu and many other locations have suspended production because of the Covid outbreak and have yet to resume, it said in a statement.

William Li, NIO's founder, chairman and CEO, said in a response below the statement that the company had some parts out of supply in mid-March due to the Covid outbreak in Changchun and Hebei, and was barely able to keep production through the beginning of the month by relying on some parts in stock.

It is worth noting that Jilin authorities said on April 11 that China FAW had fully resumed work on that day, and the first 47 parts companies were in the process of orderly resumption of work.

After NIO announced the suspension of production due to a shortage of auto parts supply from suppliers, the market generally believed the company had conducted a complete production shutdown, Nomura analyst Martin Heung said in a research note.

However, according to Heung's conversations with NIO management, the suspension was limited to weekends, and the company's production lines remained operational on weekdays, albeit on a limited scale.

The current Covid pandemic in China remains primarily in Shanghai, with few cases reported in other provinces and cities.

The country added 2,999 new local confirmed cases of Covid on Wednesday, as well as 26,318 asymptomatic infections, according to health authorities.

Two new confirmed cases and 48 asymptomatic cases were found in Anhui, where NIO's plant is located, on Wednesday.

Jilin on Wednesday added 325 confirmed cases and 674 asymptomatic infections, all of which were found in quarantine areas. The province announced today that the number of Covid cases in non-isolation control areas has been cleared.

Tesla's factory in Shanghai has been shut down since March 28, and there is no information yet on the timing of the resumption of production.

Further Reading: How does Shanghai's auto industry fare under Covid?