After unveiling the exterior of the new SUV L9 earlier today, Li Auto has released more information about the model, including the audio system, seating configuration and a small screen on the steering wheel.

After unveiling the exterior of the new SUV L9 earlier today, Li Auto (NASDAQ: LI, HKG: 2015) has released more information about the model, saying it will feature a flagship audio system and flagship seating configuration.

The L9 will feature a 7.3.4 panoramic sound layout, consisting of seven sets of speakers, including three subwoofers in a bass matrix and four top speakers in a sky surround.

The system uses Dolby Atmos technology with a 4D immersive audio and video system to create an immersive audio-visual experience inside the car, the company said.

The audio system has an amplifier with a maximum power of up to 2,160W, which can handle any style of music well, Li Auto said.

The L9 has 21 speakers with aluminum film for the tweeters, Kevlar for the midrange and carbon fiber for the woofers, according to Li Auto.

Li Auto's move seems to take the competition for audio configurations to a new level for car companies.

Previously, it was NIO's flagship sedan ET7 that was equipped with the best audio system, which came with more 23 speakers but with a maximum output of 1,000W. 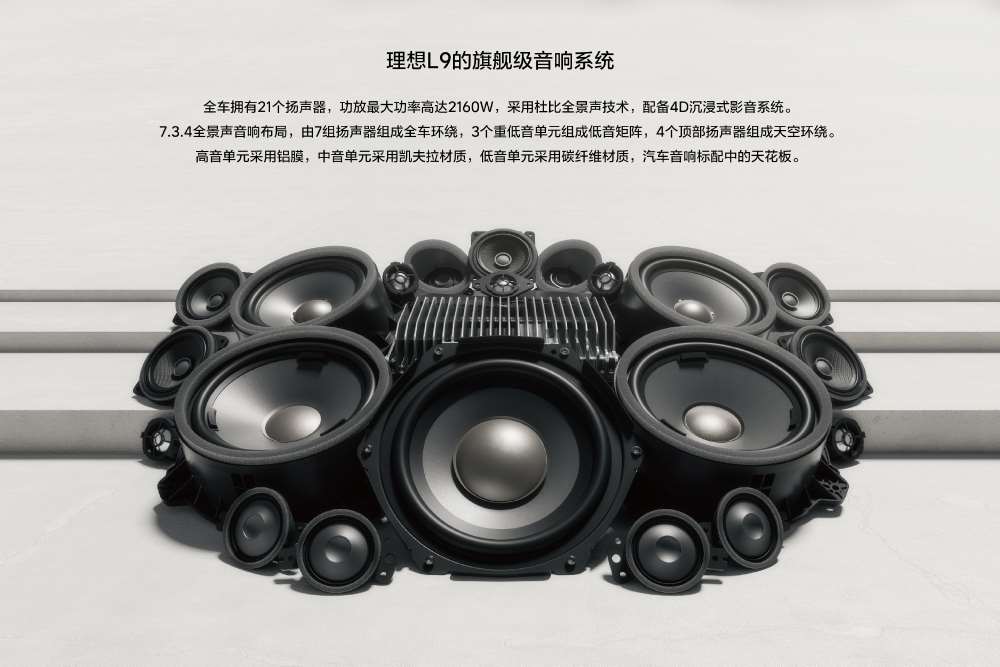 The Li Auto L9 comes with 6 seats as does the latest Li ONE, and they are all equipped with electric adjustment and heated seats. The four individual seats in the first two rows have seat ventilation and supports spa-level massage, the company said.

These seats are equipped with Nappa leather and 3D comfort foam. 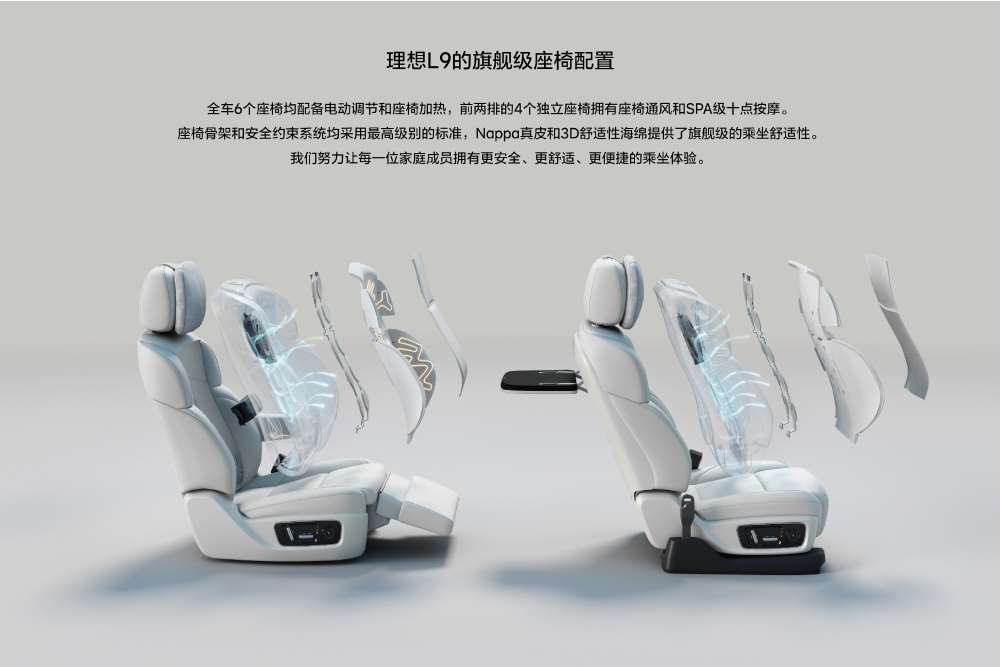 In addition to the audio system and seats, Li Auto also unveiled the safe drive interactive screen equipped in the middle of the steering wheel.

The combination of the car's HUD and safe drive interactive screen displays all driving-related information, including navigation and smart driving, according to the company. 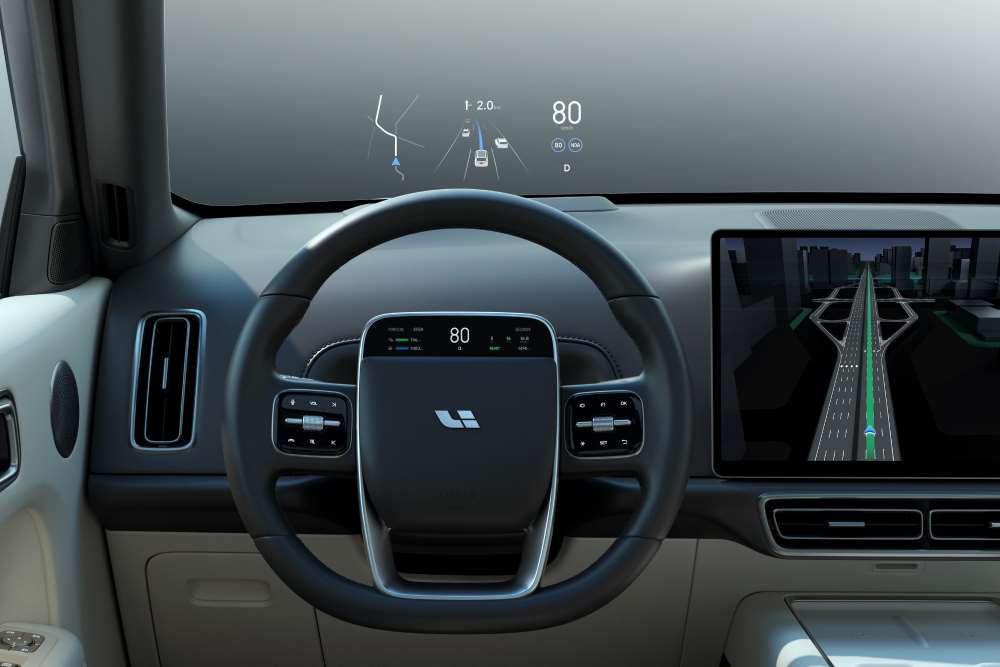 This allows for better use of the 15.7-inch OLED center screen's functions, whether it's map navigation or panoramic parking, all in full screen.

Beyond that, the company did not announce any more information, but said it will announce more next Wednesday.