The Model Y trailed the Mercedes-Benz GLC, BMW X3 and Audi Q5 in China in January, but sold about twice as many units as each of them in February. 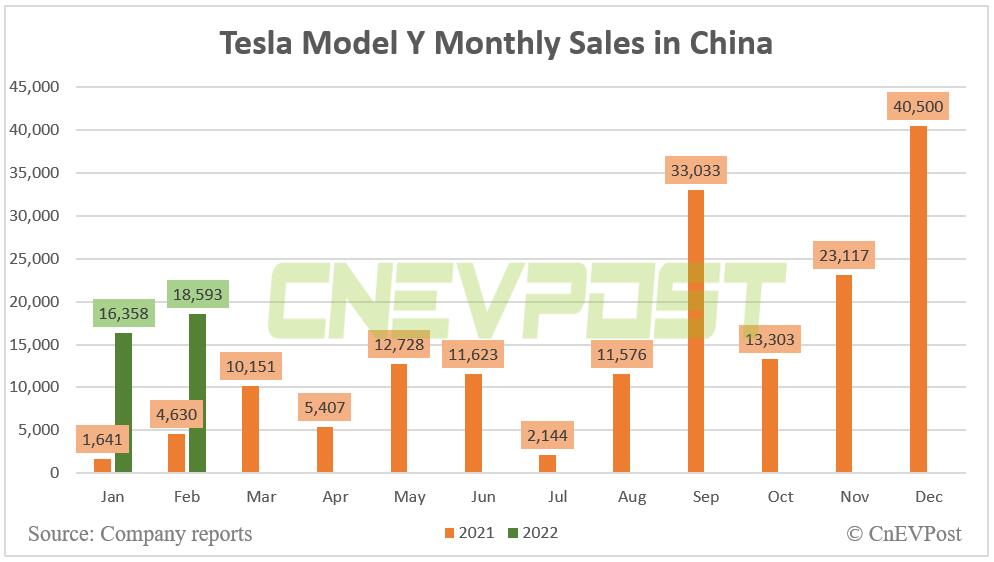 The Tesla Model Y, which trailed the Mercedes-Benz GLC, BMW X3 and Audi Q5 in China in January, was significantly ahead of those German competitors in February.

That made the Model Y the best-selling premium SUV in China in February, about twice as many as the competing models from Mercedes-Benz, BMW and Audi.

In January, the Mercedes-Benz GLC, BMW X3 and Audi Q5 were the top three premium SUVs in China, with the Tesla Model Y in fourth, Li Auto's Li ONE in fifth and the NIO ES6 in seventh. 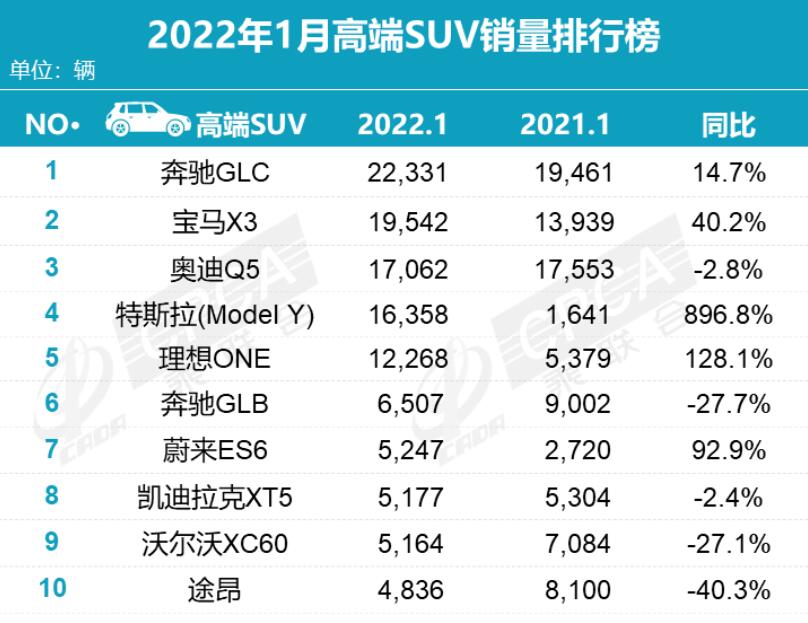 Figures released today by the CPCA imply that Model 3 retail sales in China were 4,607 units in February.

No. 7-10 on the list are Cadillac XT5, Volvo XC60, Mercedes-Benz GLB and Volkswagen's Teramont, all of which are fuel vehicles.

In the February sales ranking of new energy vehicles (NEVs), the Model Y came in second place, below the BYD Song's new energy version of 22,754 units. 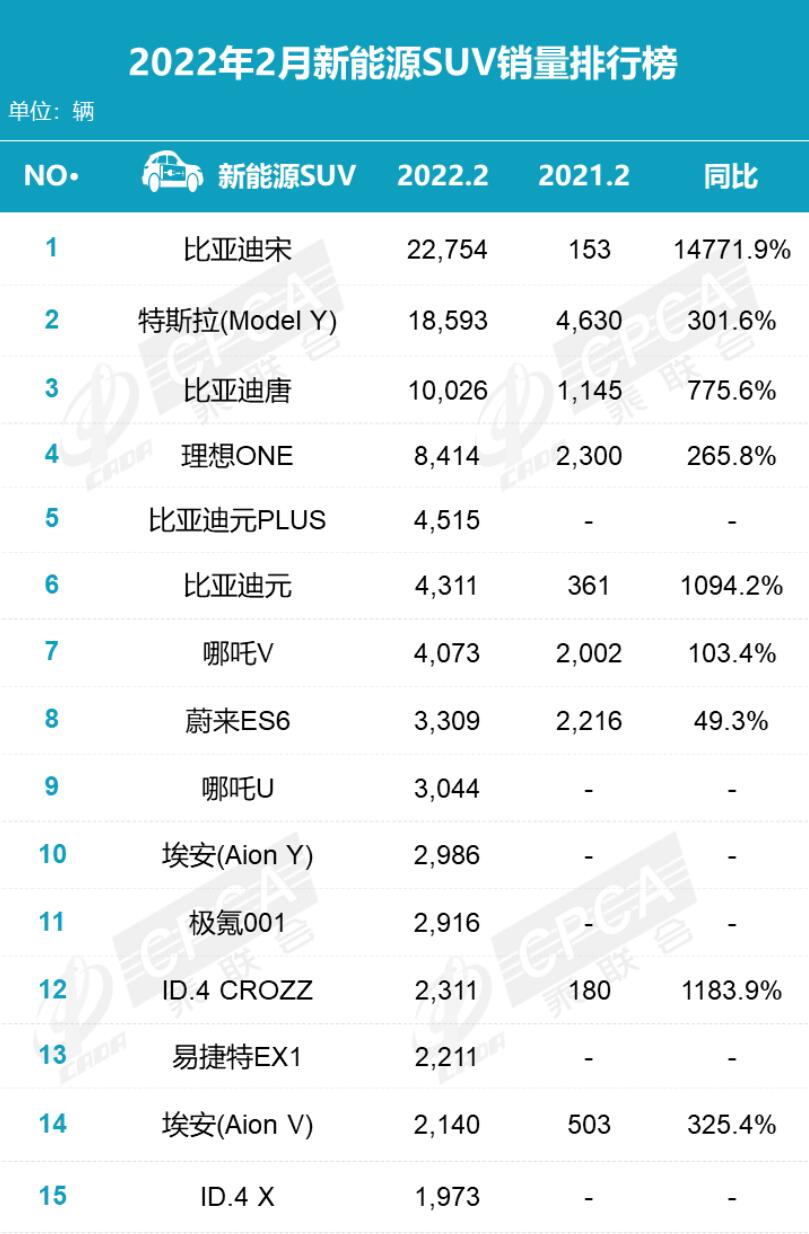 The BYD Tang came in third with 10,026 units, and the Li ONE came in fourth. The BYD Yuan Plus and BYD Yuan came in fifth and sixth, respectively, and the NIO ES6 came in ninth. 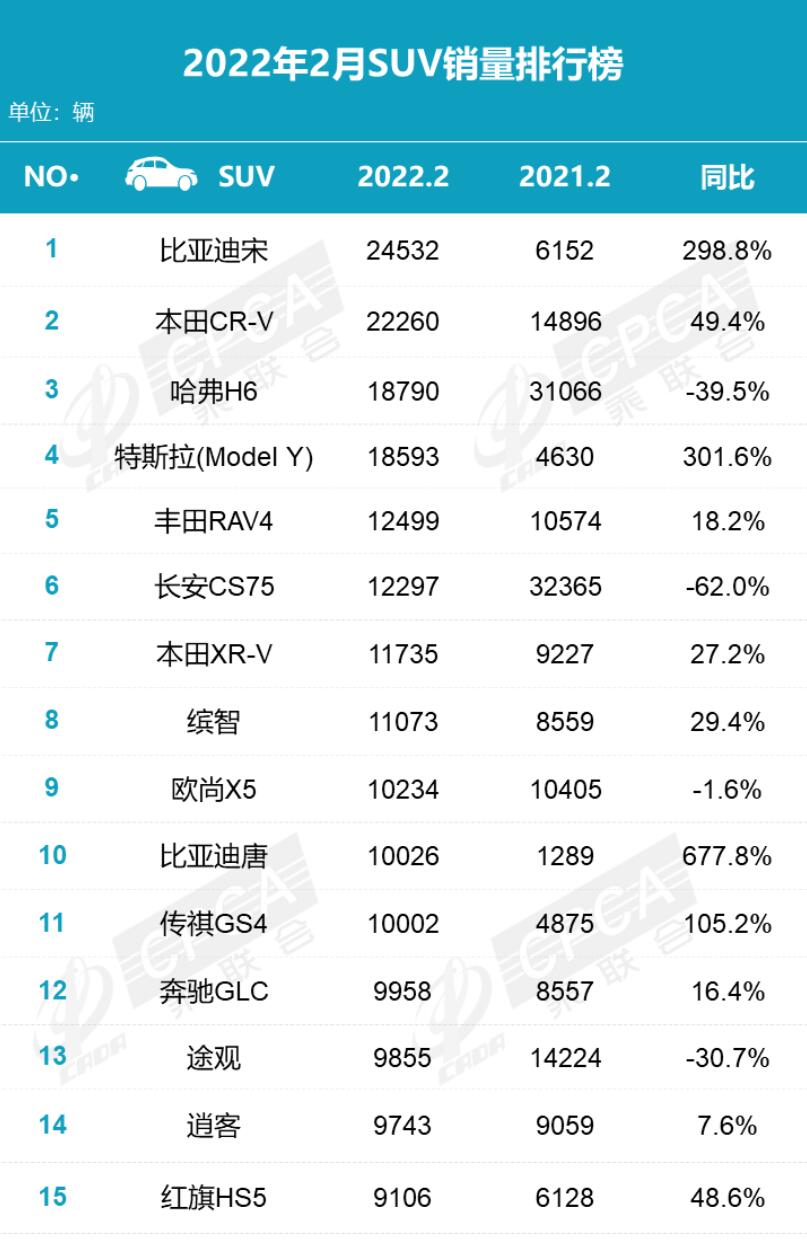 (All SUV sales ranking in February.)