The CAAM previously said that China's NEV sales are expected to reach 5 million units this year, up 42 percent year-on-year, with a market share expected to exceed 18 percent. 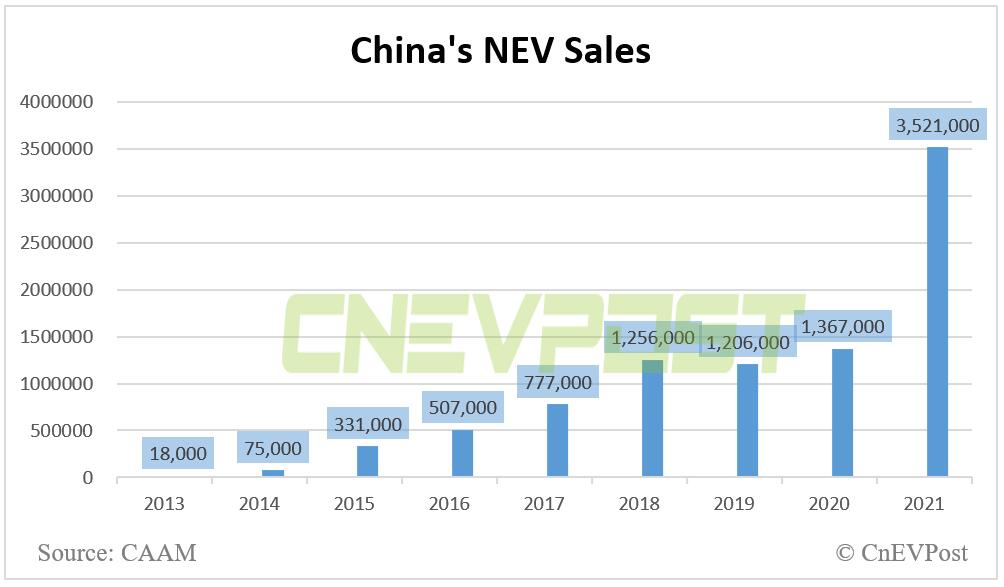 Xiao made the remarks in an interview with China Securities Journal on the first day of this year's two sessions, the annual meetings of China's top legislature and political advisory body. The event will run through March 11.

Sales of NEVs in China were very good in the first two months of the year, both more than doubling, Xiao noted.

Xiao did not specify what the expected target was, but previously the MIIT had been using data from the China Association of Automobile Makers (CAAM).

The CAAM said late last month that sales of cars in China are expected to reach 27.5 million units in 2022, up about 5 percent from a year earlier.

"According to preliminary industry consensus, China is likely to meet the national targets that NEV penetration will reach 20 percent and 40 percent by 2025 and 2030, respectively, ahead of schedule," the CAAM said.

In January, China's NEV sales were 431,000 units, up 135.8 percent year-on-year, but down 18.6 percent from December, data previously released by the CAAM showed.

The CAAM has not yet released February's NEV sales figures, which are likely to be released next week.