Zeekr has delivered a total of 12,453 Zeekr 001s since deliveries began in October last year. 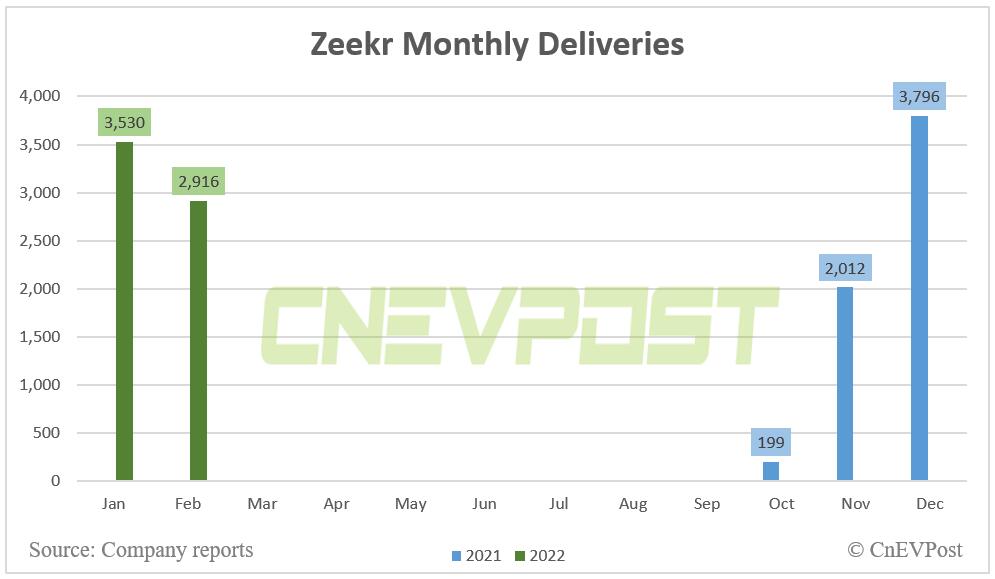 That's down 17.4 percent from 3,530 units in January, though it's worth noting that January 31 to February 6 is the Chinese New Year holiday, traditionally a slow time for car sales.

Since deliveries began last October, Zeekr has delivered a total of 12,453 Zeekr 001 units.

In March 2021, Zeekr was officially established as an independent company. On April 15, Zeekr 001 was announced.

Late last month, Zeekr opened its global flagship store at Shanghai Tower, a landmark skyscraper in Shanghai, in order to create a premium image in the electric vehicle era.

The building opened on July 28, 2018, and it has underground parking for up to 2,000 vehicles. Zeekr's local counterpart NIO has an NIO House here as well as a tech showroom.

"The opening of the store not only reflects Zeekr's strong confidence in its growth but also the expansion of its channel system and continued innovation of its user service system," the company said.

Zeekr will accelerate the construction of offline stores in 2022, aiming to have more than 300 stores in China by the end of the year, the company previously said.

To date, Zeekr Power has built charging stations in 19 cities and its charging map has access to about 310,000 third-party charging terminals covering 331 cities, the company said today.