The aircraft is powered by eight rotors during takeoff and landing, and enters fixed-wing cruise mode after reaching an airspeed of 160-180 km/h. 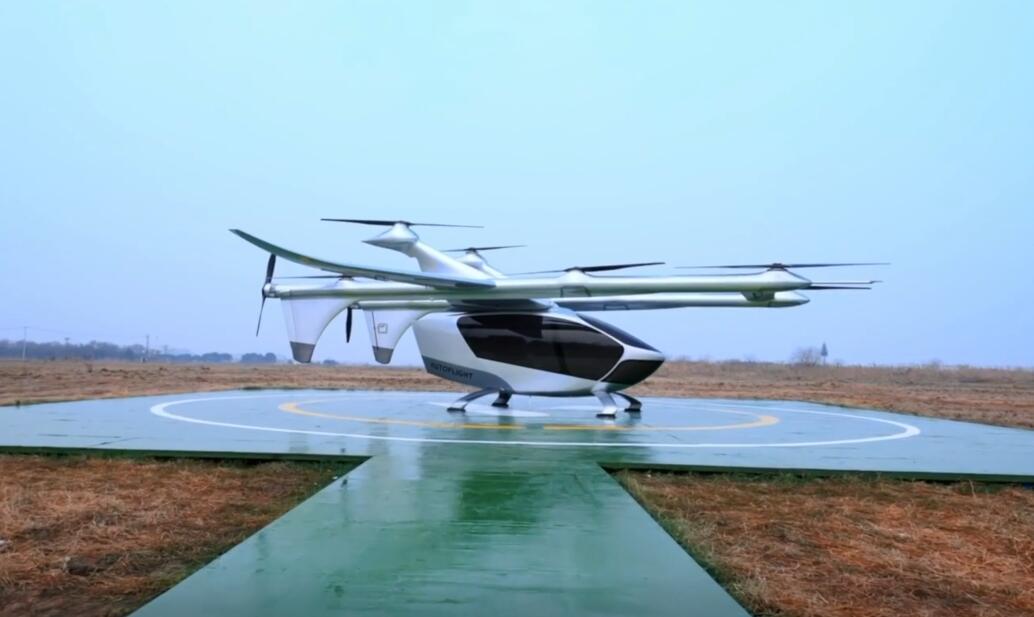 Autoflight, a Shanghai-based manned flying vehicle company focused on eVTOL (Electric Vertical Takeoff and Landing) technology, has made new progress after completing the maiden flight test of its V1500M vehicle at the end of October last year.

A video released by the company today shows that it has successfully transitioned the eVTOL from helicopter mode to airliner mode during flight.

The transition from rotor to fixed-wing mode was the most critical challenge in the development of the eVTOL, the company said.

The Autoflight V1500M carries eight rotor blades on top to provide the power needed for the vertical takeoff and landing phases.

After reaching an altitude of 150 meters and an airspeed of 160-180 km/h, the wings can generate enough lift, the company said, adding that at that point its top rotor stops rotating and locks, the aircraft enters fixed-wing cruise mode, and the propellers on the tail continue to propel the aircraft forward.

Autoflight was founded on September 26, 2019, and is focused onthe design, development, manufacturing and service of drones. Its R&D headquarters was established in 2017.

On September 18 last year, Autoflight announced the closing of a $100 million Series A round of funding, the largest single round of funding received by a Chinese eVTOL company at the time.

On October 19 last year, the company announced the completion of the first flight test of the V1500M vehicle.

The V1500M's carries a pure electric power system and has a maximum takeoff weight of 1,500 kg. It has a maximum passenger capacity of four, a cruising speed of 200 kilometers per hour and a range of up to 250 kilometers.

The V1500M can be used for intra-city, inter-city or in less accessible areas, cutting hours of driving down to about 10 minutes, the company said.

Autoflight is currently advancing the V1500M through various tests and the global airworthiness process, and plans to have it in commercial operation by 2025, it said.