None of the noteholders have exercised their repurchase rights and no notes have been surrendered for repurchase, according to a statement from NIO.

NIO announced earlier this month that it plans to redeem its convertible senior notes due 2024 early, and the deadline for that offer has now passed.

The company announced today that it has completed its previously announced repurchase offer related to the 4.50 percent convertible senior notes due 2024.

The repurchase right offer expires at 5 p.m. New York City time on Friday, January 28, 2022, according to a previous announcement by NIO.

None of the noteholders have exercised their repurchase rights and none of the notes have been surrendered for repurchase, based on information provided by The Bank of New York Mellon as the note payer, according to a statement from NIO today.

Convertible notes, also commonly written as convertible bonds, allow the holder to convert into shares of a company for a period of time in the future.

Typically, a company will pay holders principal and interest on convertible notes when they mature, if they do not convert those notes into stock.

It is important to note that the move by NIO was part of the terms of the convertible senior notes when the company issued them.

When NIO issued the convertible bonds a few years ago, there was a clause that gave their holders the right to ask the company to buy them back after three years for coupons and book value, Credit Suisse said in a note earlier this month, citing NIO CFO Steven Feng on a conference call.

NIO's previous press release was reminding holders of these convertible bonds that the company was waiting to buy them back under the terms, Feng said.

But the conversion price is well below NIO's current share price that no one will sell the convertible bonds to the company, Feng added. 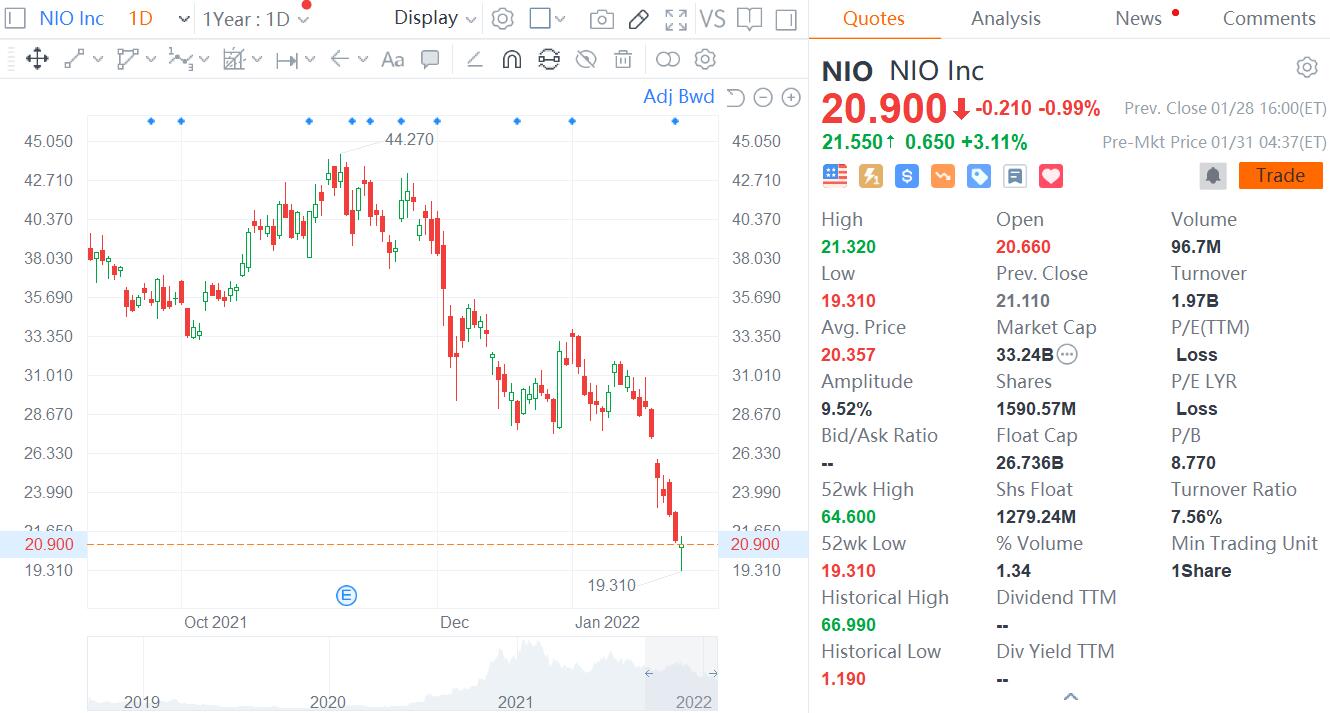