Evergrande NEV announced that the first production vehicle of its first model, the Hengchi 5, has rolled off the production line today, 12 days ahead of schedule. 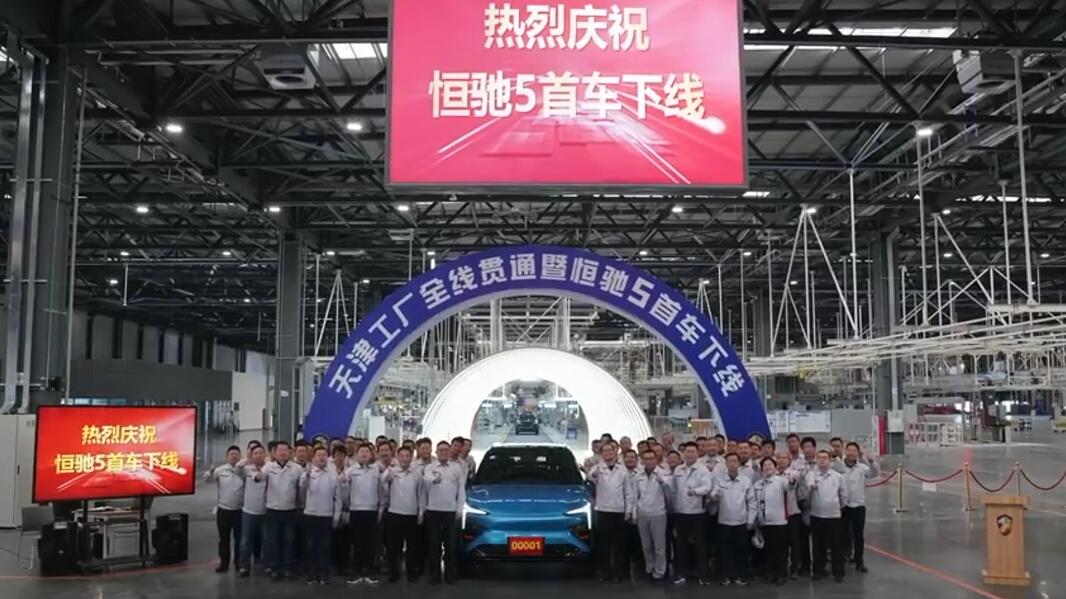 Evergrande New Energy Vehicle Group (Evergrande NEV), Evergrande's vehicle-building arm, announced that the first production vehicle of its first model, the Hengchi 5, has rolled off the production line today, 12 days ahead of schedule.

The company has car production plants in Guangzhou, Shanghai and Tianjin. But with the outbreak of funding chain problems, only the Hengchi 5 and Hengchi 6 projects have been retained, with the faster-moving Hengchi 5 set to launch first, according to a report by local media outlet LatePost in October last year.

According to the previous Evergrande NEV model plan, the Hengchi 5 is positioned as an A-class SUV priced below RMB 200,000 ($31,400), positioning as a low, inexpensive model of the Hengchi family.

On November 9, China's Ministry of Industry and Information Technology (the MIIT) released a preliminary list of models that will be allowed to be sold, seeking public feedback, with a deadline of November 16.

However, both models disappeared from the final list released by the MIIT on December 8, for reasons that are not known.