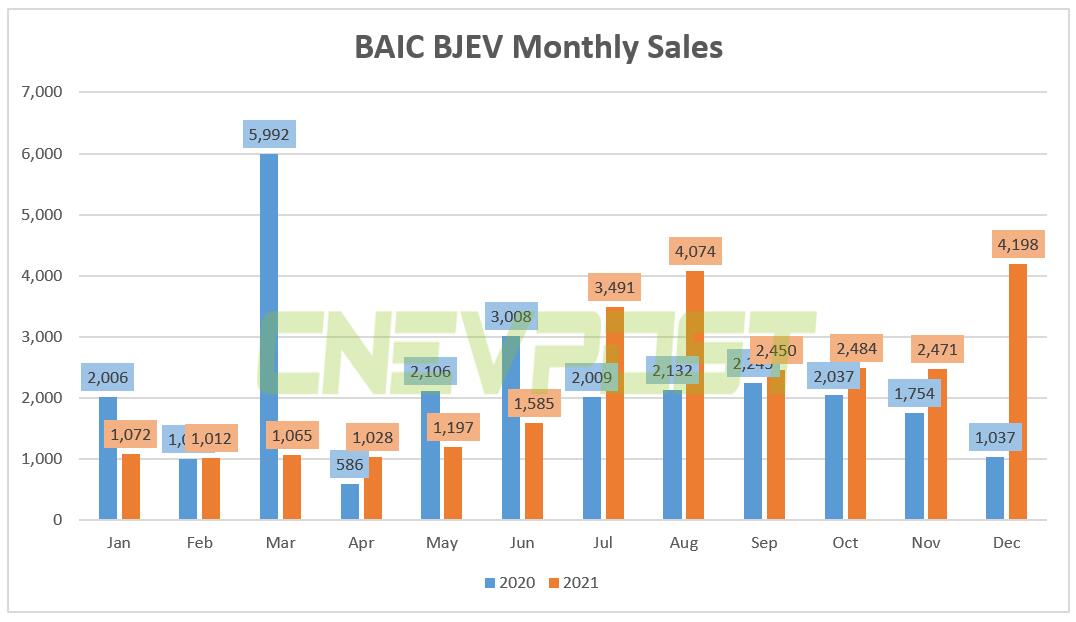 Although BJEV's sales for the entirety of last year were equivalent to just two months of sales for leading EV startups including XPeng Motors, NIO, and Li Auto, it actually has a stellar past.

BAIC BluePark is now pinning its turnaround hopes on its Arcfox brand, which has two models, the Arcfox α-T SUV and Arcfox α-S sedan, with the former released at the end of October 2020 and the latter at the end of April 2021.

Arcfox reported on January 2 that it delivered 1,186 vehicles in December, up 76 percent from November and up 696 percent year-on-year.

In the fourth quarter, Arcfox delivered 2,408 vehicles, up 41 percent from the third quarter and up 569 percent year-on-year, it announced.