After raising the prices of the locally produced entry-level Model 3 and Model Y a month ago, Tesla has raised them again today.

The price is the post-subsidy price, according to Tesla. The model's pre-subsidy price is RMB 276,740, and private buyers are expected to receive a subsidy amount of RMB 11,088. 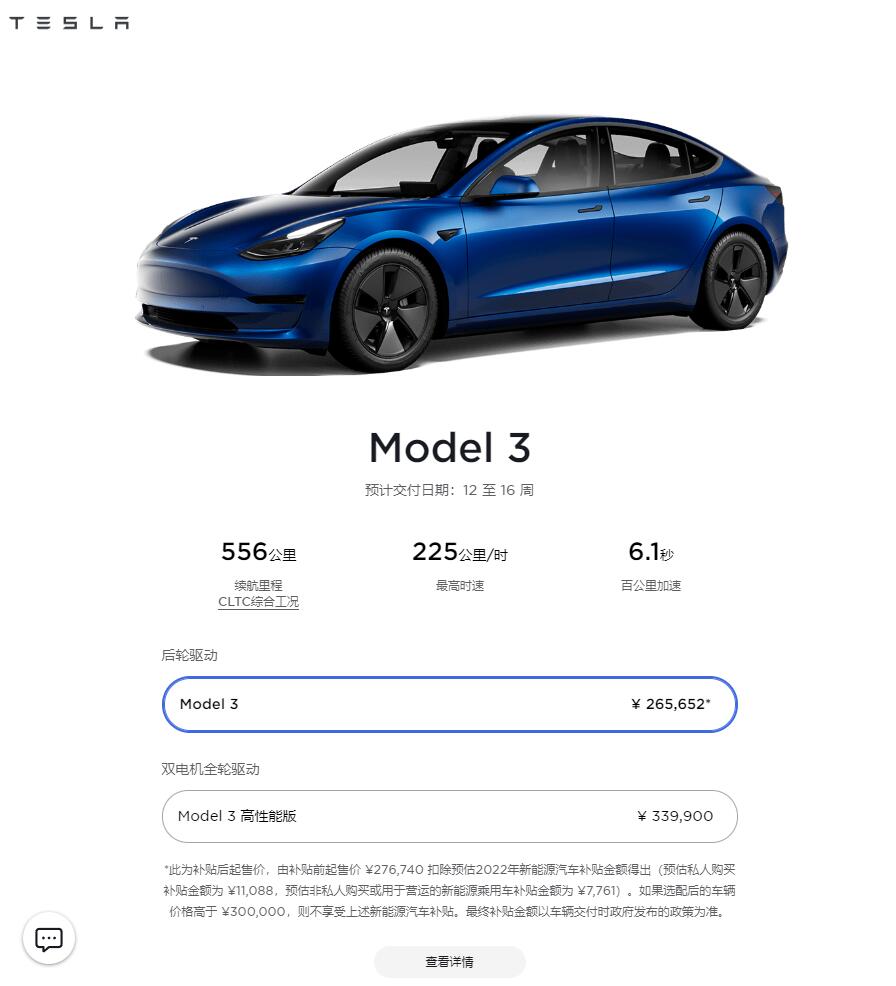 The price of the entry-level Model Y - the rear-wheel-drive version - has also been revised to RMB 301,840, an increase of RMB 21,088 from the previous price. 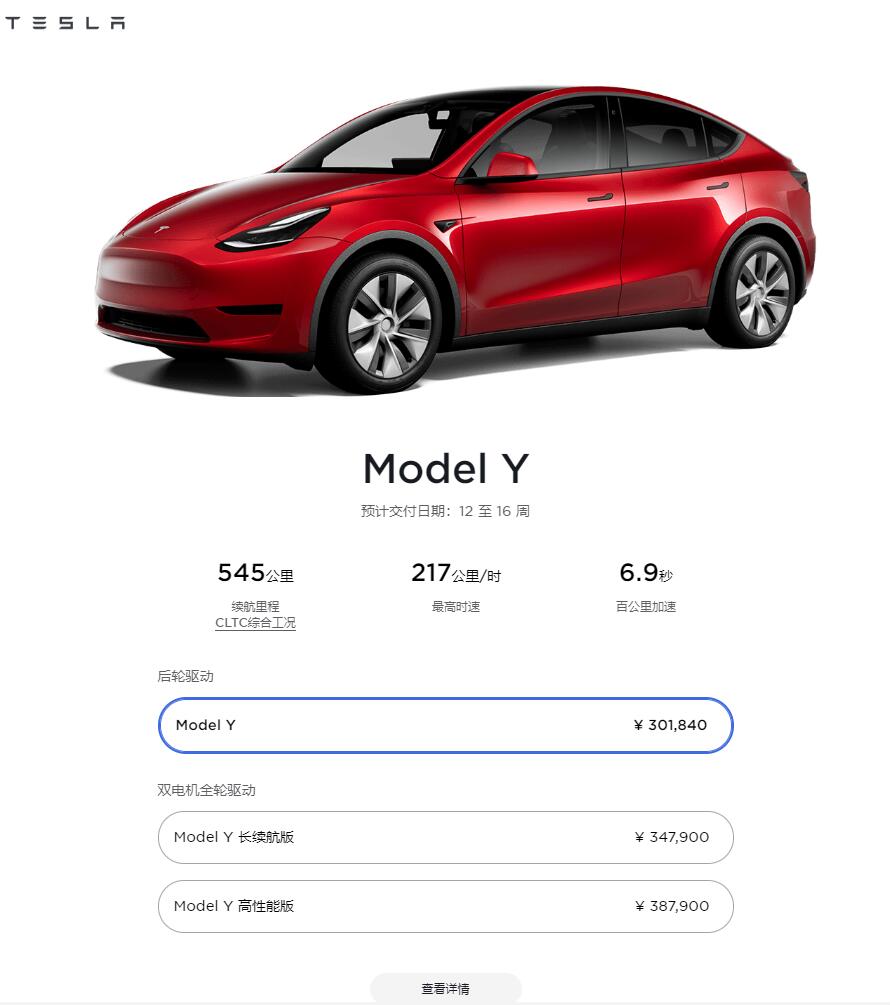 Tesla last adjusted prices in China on November 24, when the price of the entry-level Model 3 and Model Y were both raised by RMB 4,752, with an expected delivery date of the first quarter of 2022.

To date, of all Tesla's models on sale in China, only the entry-level Model 3 is priced below RMB 300,000, making it the only model of the company to be able to benefit from China's state subsidies.

China's Ministry of Finance released plans on April 23, 2020 for the country's subsidies for NEVs to be scaled back each year, calling for the amount of subsidies to be reduced by 10 percent, 20 percent and 30 percent each year from 2020-2022, respectively, from the previous year.

The subsidies available to car buyers are based on when the new car gets its license plate, which means that if consumers place an order at the end of the year but get it delivered next year, the amount of state subsidies they can enjoy will be reduced by 30 percent compared to 2021.

The plan also mentioned that from 2020 onwards, new energy passenger cars must be priced below RMB 300,000 (including 300,000 yuan) before subsidies are available.

However, in order to encourage the development of battery swap as a new business model, vehicles supporting battery swap are not subject to this requirement. Therefore, even though the starting price of all NIO models is higher than RMB 300,000, consumers can still enjoy the national subsidy.

In an interview with The Beijing News earlier this week, Grace Tao, Tesla's global vice president, said that with China's strong support, the NEV industry is growing rapidly and the competition will enter a stage where it's really about product strength.

The subsidy rollback does not mean that NEVs will become less competitive, but will instead promote a more mature industry, she said.