The price increases are based on next year's retreat of China's new energy vehicle subsidies, as owners who place orders now will need until 2022 to get deliveries. 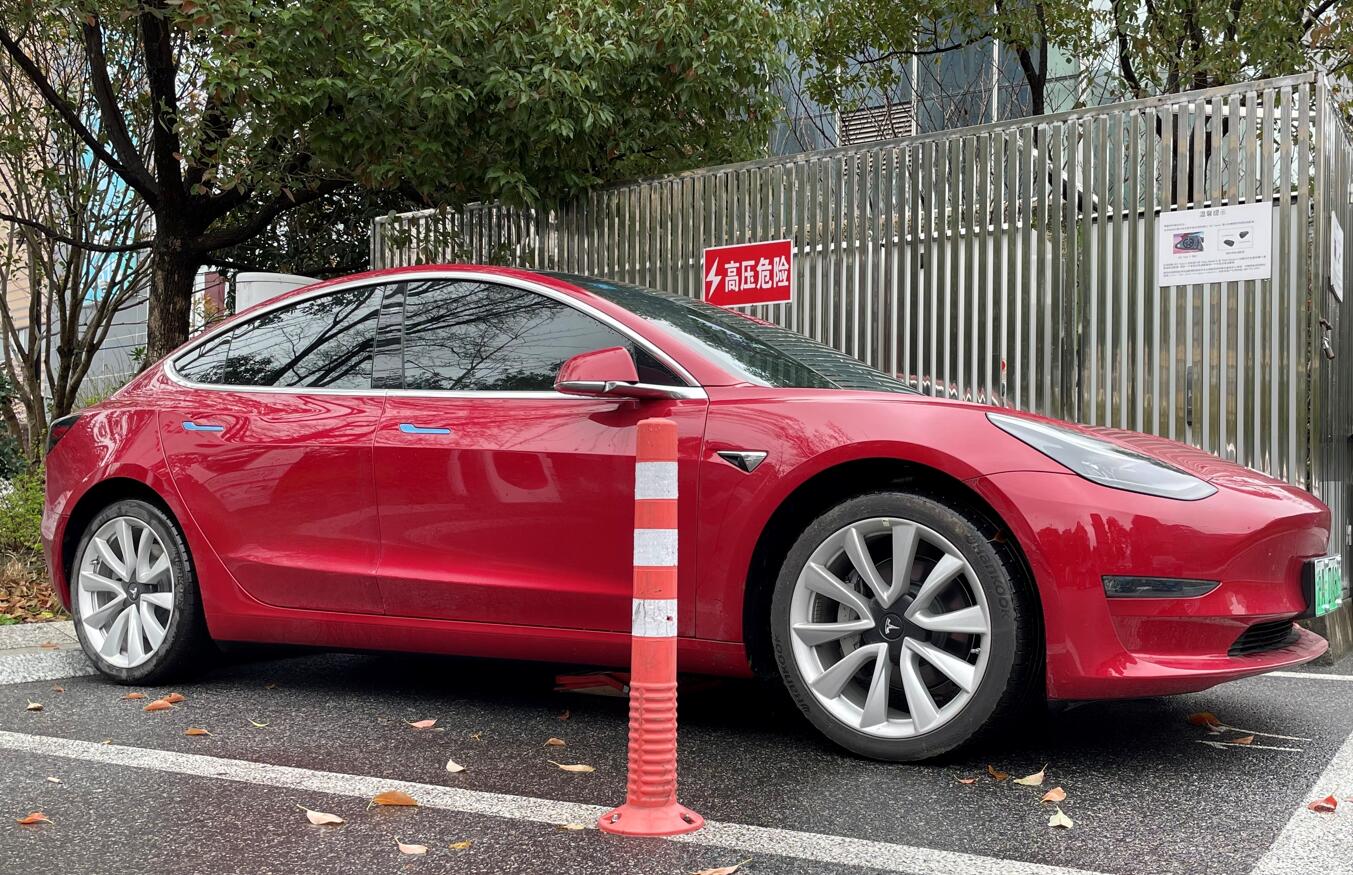 Tesla's models have experienced several price hikes in China this year, and now the company has acted again.

Tesla's website clearly lists this as the post-subsidy price, stating that the model's pre-subsidy price is RMB 266,740, with private customers receiving RMB 15,840 in state subsidies in China and RMB 11,088 for non-private consumers or used for operation.

These subsidies will not be available to customers who add features to their vehicles that result in a price above RMB 300,000.

The price of the Model 3 Performance remains unchanged at RMB 339,900.

The price increases are based on next year's retreat of China's new energy vehicle subsidies, as owners who place orders now will need until 2022 to get deliveries, a Tesla source told nbd.com.cn.

Owners who have placed their orders before November 24 will not be affected for now, the source said. 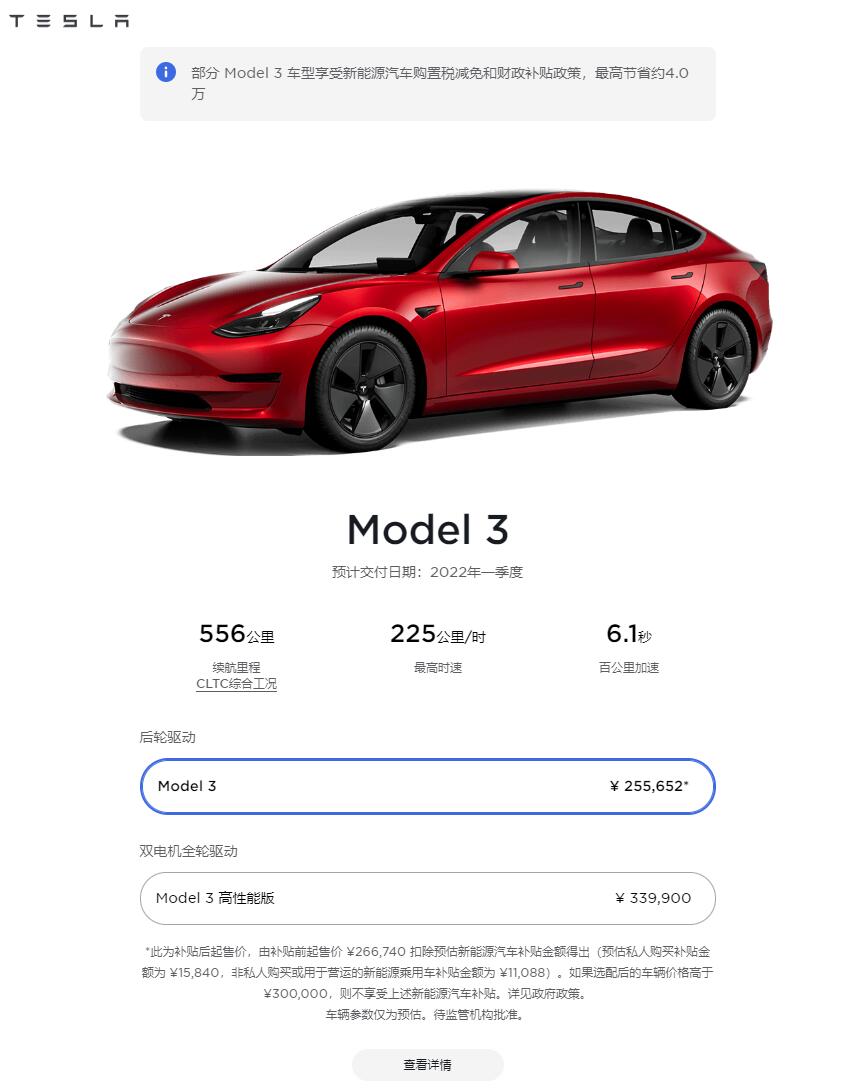 This comes just five days after the entry-level Model 3 price increase in China.

The range of the model has increased from the original NEDC 468 km to 556 km under CLTC, but its 0-100 km/h acceleration time has changed from the previous 5.6 seconds to 6.1 seconds.

Similarly, information on Tesla's website shows that the price shown for the entry-level Model Y is the post-subsidy price, which is RMB 291,840 before the subsidy.

Because the entry-level Model Y is sold out of available capacity this year and China's subsidies for new energy vehicles will be reduced next year as planned, Tesla lists the amount of subsidies available to consumers of this model for next year.

Likewise, if the price of the vehicle is higher than RMB 300,000 due to additional features, the customer will not be eligible for these subsidies. 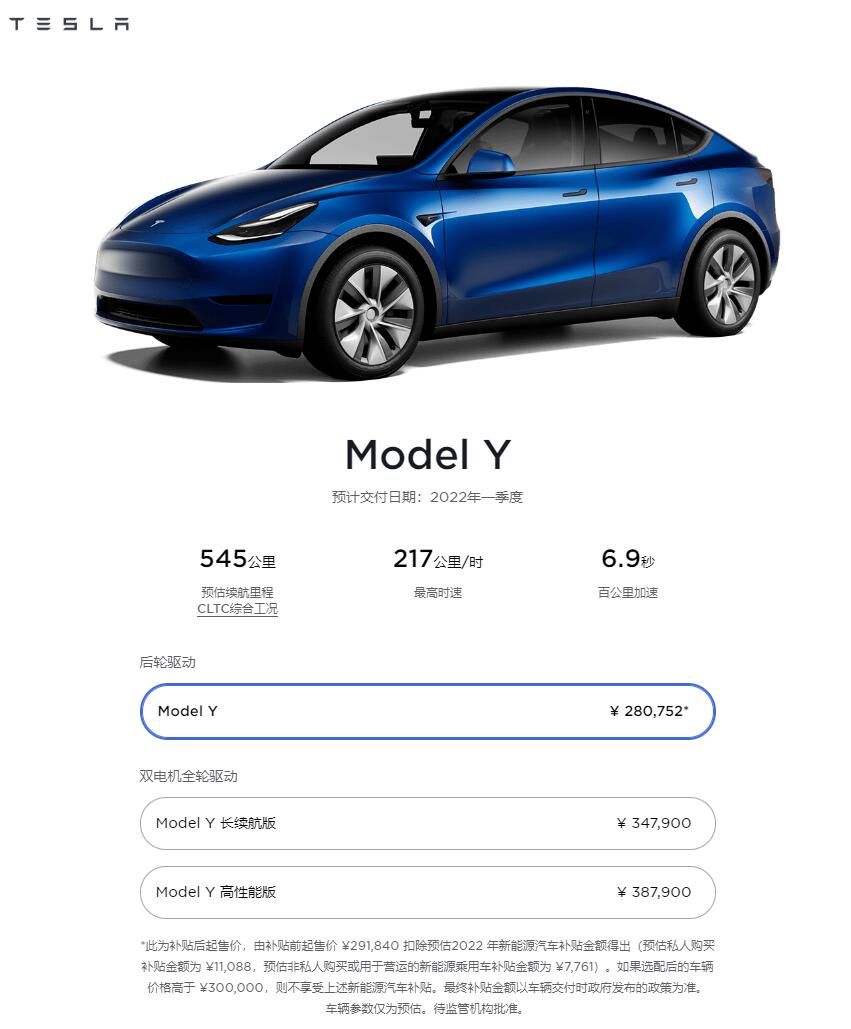 Deliveries of the China-made Tesla Model Y Performance will begin in the near future, the company said on Weibo.

"Welcome new owners to the Tesla family and join us in accelerating the world's transition to sustainable energy," Tesla said, without providing more information.