People should not dwell on Li's slightly exaggerated comments, but rather change their mindset and support NEVs in China, the official Economic Daily says. 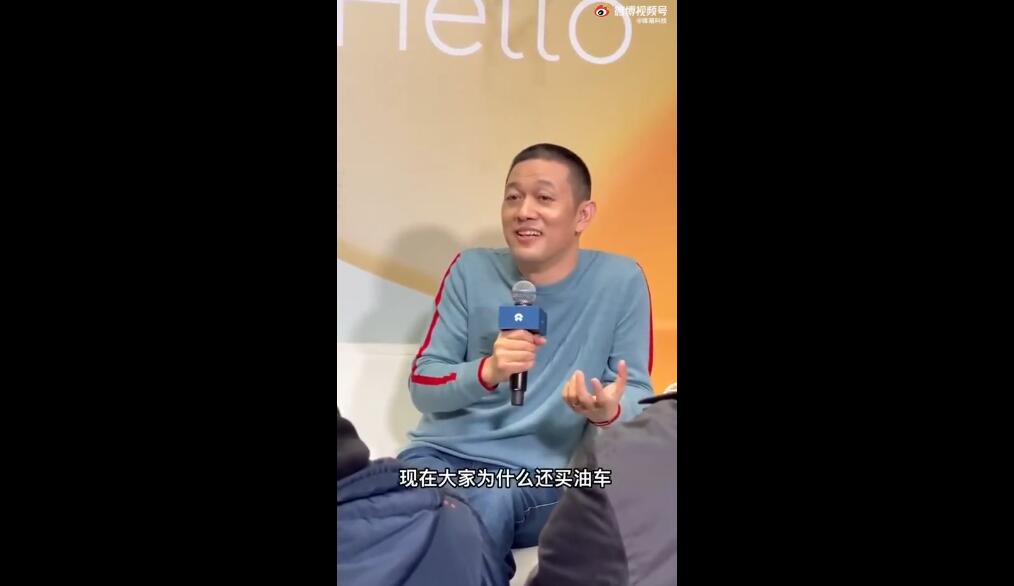 Over the past week, NIO founder, chairman and CEO William Li's comments on fuel vehicles have generated a lot of discussions. We didn't think it was worth reporting, but today's comments from a heavyweight official media outlet made things more interesting.

In a small exchange with vehicle owners on December 19, the day after NIO Day 2021, Li made the following comments:

I don't understand at all why people still buy fuel cars now. What's so great about (fuel cars) other than the fact that they can give you the smell of gasoline?

It's true that electric cars had a lot of inconvenience in the early days, but today, in fact, in most scenarios, if people are used to using them, where's the anxiety?

That's why I've always said that those who are still anxious about replenishing energy are basically gasoline car users, who are worrying for electric car owners. I said that a few years ago, and I'm still saying it now.

Li seemed unaware when he made these comments that this would be videotaped and cause controversy.

Many felt that his comments offended fuel car owners as well as potential car owners, who make up more than 80 percent of car buyers in the Chinese auto market.

Some commented that it was fine for Li to promote electric cars, but that there was no need to disparage fuel cars.

But Li also gained a large number of supporters who felt that his comments, while spontaneous, spoke to the reality of the situation. Some said that after getting used to driving an electric car, they would no longer be interested in driving a fuel car.

These tit-for-tat comments continued to fester this week, forcing Li to clarify, trying to tone down his comments by saying:

My intent was that in previous years the charging and battery swap infrastructure really wasn't convenient enough and there were few good electric cars.

But now the infrastructure is evolving quickly and there are many good options available in all price ranges.

Now is the time to choose an electric car, and the dramatic increase in electric car penetration in China this year is indicative of this trend.

CnEVPost was following the development and thought it was about to fade from the discussions, but today's official Economic Daily commentary in support of Li makes things interesting.

"Instead of dwelling on this slightly exaggerated comment, we should change our mindset, adapt to the new trend of industrial change, and inject more positive energy to accelerate the high-quality development of China's new energy vehicles (NEVs) and lead the world," the article said.

Many people may not have heard of the Economic Daily, but their opinion pieces on various industries in China usually generate huge attention.

In early November, the paper criticized the high price of dairy products in China, saying it had somewhat dampened consumer demand for such products. The article caused many dairy producers' shares to plunge.

In mid-November, the newspaper's opinion piece said that New Oriental should not follow exactly China's live-stream shopping influencers and should not make a quick buck. This comes after New Oriental was forced to close a large number of its training sites for policy reasons and seek to transition.

New Oriental then released a statement to explain why they did so and canceled the practice.

In contrast to the newspaper's previous critical comments, today's article is supportive of Li and reflects the direction of Chinese policy.

Developing NEVs is not only a necessary step for China to move from being a big auto power to a really strong auto power, but also a strategic move to combat climate change and promote green development, the article said.

Against the backdrop of China's economic development, which is facing pressure from contracting demand, supply shocks and weakening expectations, the significance of promoting consumption of NEVs has become increasingly prominent, the article wrote.

Compared with Tesla CEO Elon Musk's vocal remarks, Li's comments are like "small potatoes," according to the article.

If Li had said these things a few years ago, no one would have cared - after all, there's no comparison between electric cars and fuel cars. Now it's a big deal because people care more and more about electric cars, the article said.

The NEV industry is on the fast track because of global efforts to reduce carbon emissions, but also because of strong support from national policies, the article said, adding that this is also related to the companies' innovation, the growing supply of products, and the improvement of charging and battery swap infrastructure.

"It is important to see that after more than 10 years of careful cultivation and development, China's NEVs have undergone significant changes in terms of technology, performance, quality and consumer perception," the article said.

From the perspective of brand competitiveness and product affordability, many models of NIO and Li Auto have now entered the market where the models of BMW and Mercedes-Benz are located at the same price level, which is something local brands had difficulty in doing in the past in the traditional fuel car segment, according to the article.

Both traditional car companies and new carmakers are using strong sales to prove consumer and market acceptance and lift the status of NEVs, the article said.