NIO's William Li previously said that if NIO were to enter a market, it would think ahead about how to ensure a good user experience. 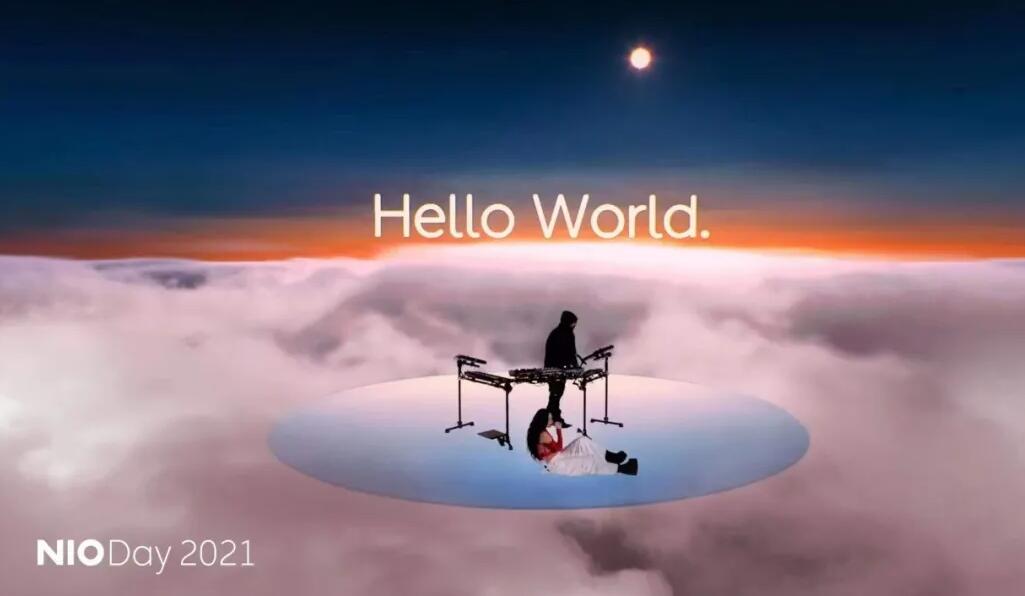 While NIO is currently prioritizing Europe in its overseas expansion plans, it appears the electric vehicle maker is starting to prepare for its entry into the US as well.

NIO on Thursday posted three job ads on LinkedIn for positions in San Jose, California, all related to the company's infrastructure plans there. 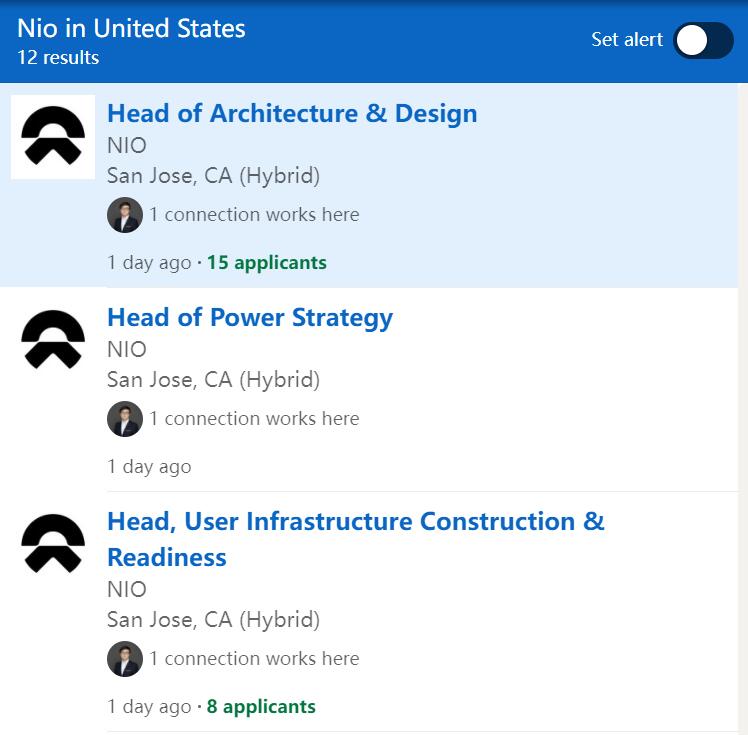 Below are the main job responsibilities of these positions, and we show two of them respectively:

Job responsibilities for the Head of Architecture & Design position include:

Drive and develop the design and architecture of NIO’s core user infrastructure in the Americas, including the localization and standardization of design for each infrastructure category.

From site selection to final completion, influence and oversee the infrastructure buildout process and plans, to ensure that the final buildout completely represents the design details agreed to with NIO’s executive management.

Job responsibilities for the Head of Power Strategy position include:

Develop and articulate a clear view of the regulations and the incentives governing the US EV charging infrastructure participants, and align NIO stakeholders to that view.

Develop the pricing strategy for NIO’s power offerings, detailing how NIO’s capabilities can optimize all components of the system, including energy purchase, acquisition, storage, and delivery.

Develop a detailed infrastructure readiness plan for each infrastructure category, aligned with business objectives and budgets. Secure executive approval for the plan, and drive the execution of the plan.

From site selection to final completion, own the infrastructure buildout process and plans, to ensure that the final buildout completely represents the design vision and expectation.

These positions require a minimum of 10 years of experience.

NIO has entered the Norwegian market this year, the first stop in its international expansion.

At the NIO Day 2021 event on December 18, William Li, founder, chairman and CEO of NIO, first announced the company's plans for global expansion, saying that NIO will enter Germany, the Netherlands, Sweden and Denmark next year.

Li did not announce at the time which of those 25 countries would be included, though local media later reported that it would include core global automotive markets including the United States, Western Europe, Australia and New Zealand.

In a December 19 interview with English-language media, including CnEVPost, Li revealed his thoughts on NIO's expansion into global markets:

Li said that NIO has proven its energy replenishment efficiency in China is sufficient. "We have done it in a country as big as China, so there is no reason why we can't do it in Europe or in the United States."

"We are certainly a Chinese company, but we are also a company founded and supported by global resources, and our colleagues come from more than 40 countries," he said.

Earlier this year, a LinkedIn job posting by NIO triggers the speculation that the Chinese electric vehicle maker may be planning to enter the US market. However, according to one analyst who follows the company closely, it is still some time away from becoming a reality.