A recent LinkedIn job posting by Chinese electric vehicle maker NIO suggests that it may be accelerating its plans to enter the US market.

The company has created an open position for a mid-to-senior-level executive who is expected to lead a team to expand its business in the US market.

Combine the NIO model and in-depth market insights to promote the innovation and implementation of business models;

Formulate an action plan to enter the US market, and pull through the cluster resources in the headquarters based on key deliverables;

Coordinate cross-departmental resources and deliver them on time according to the project management approach.

Agree with NIO's corporate values and culture, and implement them in work;

Good at written and oral English;

NIO's local counterpart XPeng has shipped 100 XPeng G3i SUVs by sea to Norway on September 25, 2020, after which they will be sold by Norwegian electric car dealer Zero Emission Mobility.

NIO founder, chairman and CEO William Li said in an interview with several English-language media, including cnEVpost, on January 10 that the center screen navigation map shown at the launch of its first sedan, the ET7, revealed information about its entry into overseas markets.

And when cnEVpost checked the picture of the center screen on the ET7 introduction page, it found that the address shown in the picture seems to be Karl Johans gate in Oslo, Norway, although it is very blurry.

It wouldn't be surprising if NIO chose to enter the Norwegian market first, with a record-breaking 54.3 percent of electric vehicle sales in 2020, despite Covid-19 causing delays in the release of several new models. This is up from 42.4% in 2019 and up from 1% a decade ago, making Norway the first country in the world to sell EVs formore than 50% of its annual vehicle sales.

In China, NIO has attracted a large number of customers with its large ecosystem of support services. In particular, the BaaS (Battery as a Service) purchase program allows owners to pull down the purchase barrier for new vehicles and pay monthly for battery lease usage.

NIO is committed to continue to expand battery swap stations in China, with the expectation of fully automated battery replacement/recharge within 3 minutes.

NIO's newly announced ET7 all-electric sedan is expected to be introduced to the market in 2022 with a new semi-solid-state battery.

The sensor data stream will be processed by an on-board ADAM computer with 1016 TOPS of computing power per second, about seven times the power of a Tesla FSD. 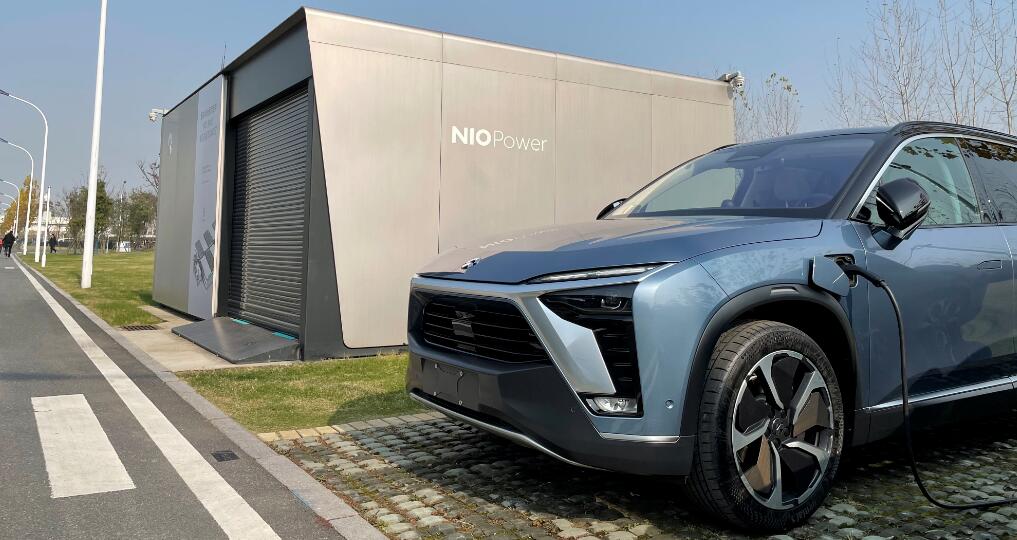