Edison Yu's team updated their sales forecast for Li Auto in 2022, expecting the company to deliver an average of 10,000 Li ONEs per month and 15,000 units of the new SUV next year.

Deutsche Bank's Edison Yu team raised their price target on Li Auto by 6 percent to $34 from the previous $32, maintaining a Hold rating in a research note sent to investors on Friday.

The price target increase is based on the team's updated sales estimates for Li Auto, which they raised to 135,000 units in 2022 from their previous forecast of 117,500 units, implying a 50 percent year-on-year growth rate.

The updated sales forecast is based on their assumption that Li Auto will deliver an average of 10,000 Li ONE units per month and 15,000 new full-size SUVs with extended-range technology next year. 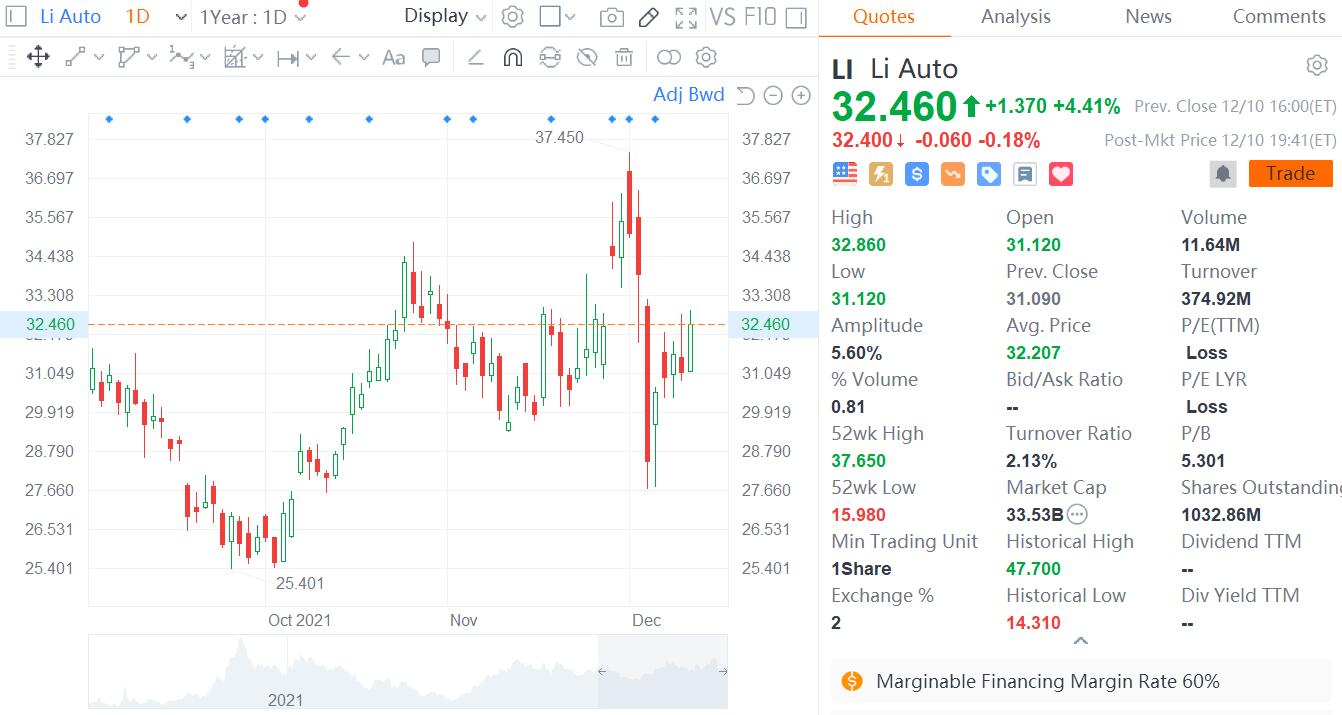 Based on their latest forecast, Yu's team expects Li Auto's revenue to exceed RMB 41 billion in 2022 and raised their gross margin forecast for the company next year by 160 basis points to 21.7 percent.

At the same time, the team lowered their earnings per share forecast for Li Auto from 0.50 to 0.05.

Li Auto reported unaudited earnings at the end of last month, showing it had revenue of RMB 7.78 billion in the third quarter, beating analysts' estimates of RMB 7.3 billion in a Bloomberg survey.

The company reported a net loss of RMB 21.5 million in the third quarter, narrowing by about 80 percent from a year ago and 91 percent from the second quarter.

Li Auto management continues to target 2023 for the launch of its first BEV product and will introduce at least 2 new vehicles per year, Yu's team noted.

With competitors bringing forward launches, the team believes there is a chance Li Auto will do the same, but it is in a slightly different position considering it doesn't have an existing BEV platform. Yu's team writes:

Future vehicles will also have Level 4 autonomous driving hardware as standard configuration, based on Nvidia Orin and including LiDAR.

Li Auto currently has only one model on sale - the Li ONE with extended-range technology, which has no range anxiety as one of its biggest selling points because it can refuel.

The first model of the next-generation X platform with extended-range technology, the X01, will be released in the second quarter of 2022, with deliveries expected to begin in the third quarter of next year, company executives said in the third-quarter earnings conference call.

The company mentioned during its Hong Kong listing in mid-August that it plans to launch the first product on the X platform, a full-size luxury extended-range electric SUV, in 2022 and two other SUVs on the X platform in 2023.