From January to November, CATL's installed base was 65.93 GWh and its market share was 51.4 percent.

CATL, the largest power battery supplier in China, extended its lead in November.

According to data released today by the China Automotive Battery Innovation Alliance, CATL installed 11.45 GWh of power batteries in China in November, achieving a 55 percent market share, up 5.1 percentage points from 49.9 percent in October.

BYD ranked second with 3.46 GWh installed, with a market share of 16.6 percent, down 3.8 percentage points from 20.4 percent in October.

CALB ranked third with 1.09 GWh and a market share of 5.2 percent, up from 5.0 percent in October, moving it up one spot from October's ranking. 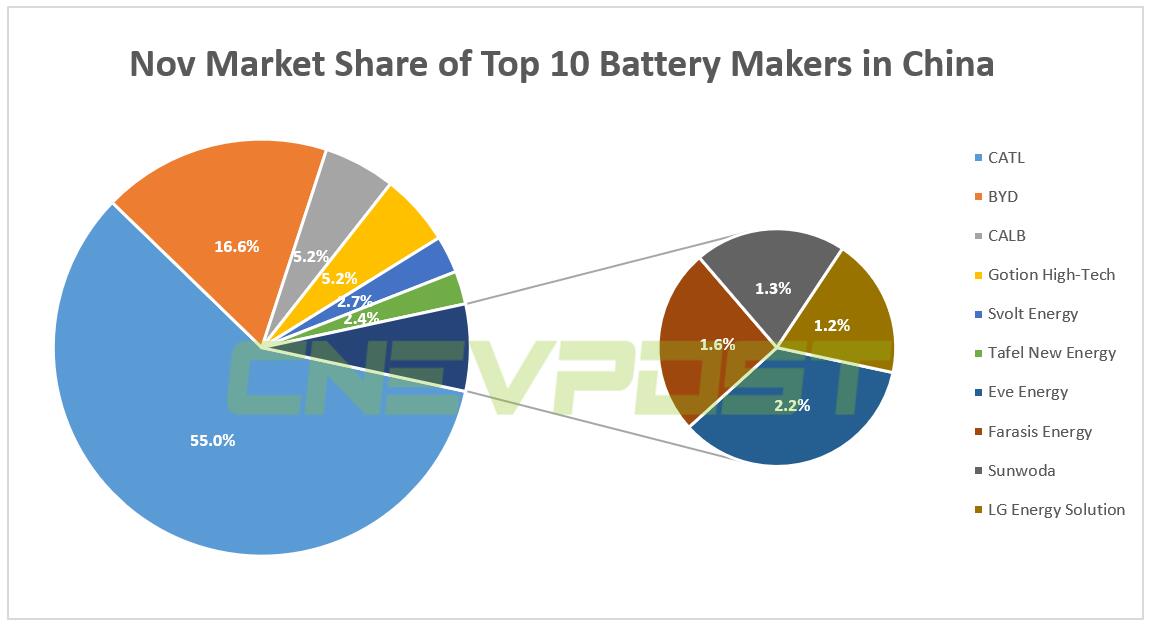 Gotion High-Tech fell to fourth place from third in October, with 1.08 GWh installed in November and a 5.2 percent market share, unchanged from October.

LG Energy Solution, which was not in the top 10 in October, ranked 10th in November with 0.24 GWh installed and a 1.2 percent market share.

From January to November, CATL ranked No. 1 with 65.93 GWh of installed base and 51.4 percent market share. BYD ranked second with a 16.6 percent share and CALB ranked third with a 5.8 percent share. 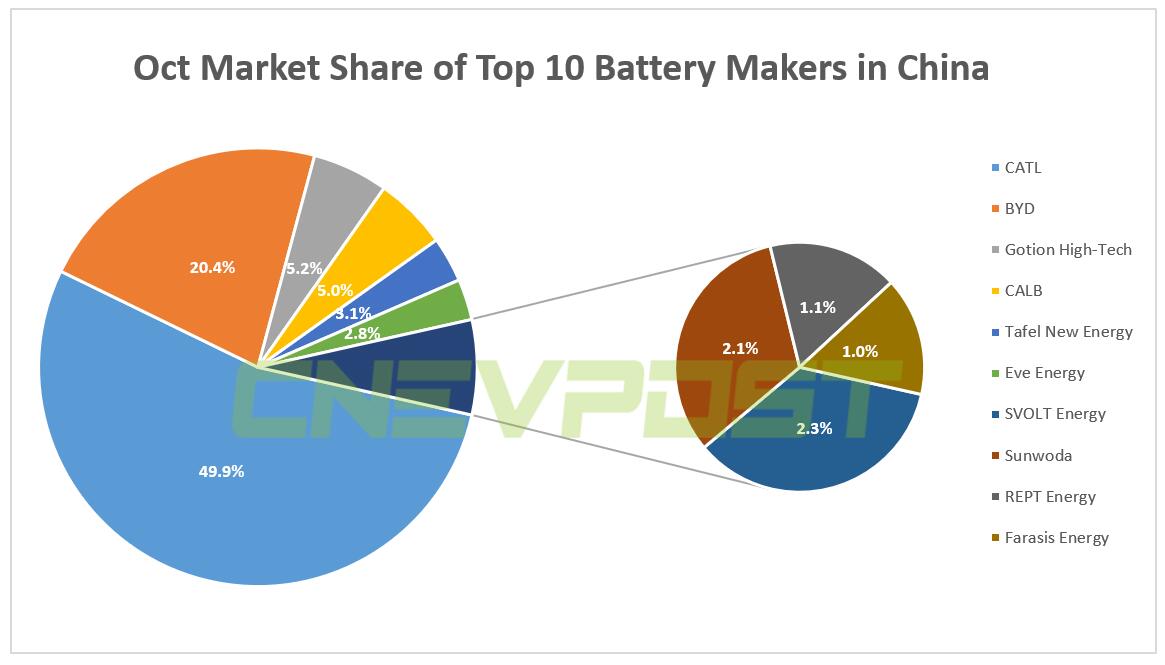 From January to November, the cumulative installed base of power batteries in China was 128.3 GWh, up 153.1 percent year-on-year.