Ningbo Tuopu said the company's products involved in the recall were only used in the Model Y and not in other Tesla models or those of other customers.

Tesla's announcement Friday of a recall of tens of thousands of China-made Model Y vehicles put its supplier, Ningbo Tuopu Group, in the spotlight. Now, the company has responded.

In a statement released today, Ningbo Tuopu said the company's products involved in the recall were used only in the Model Y and not in other Tesla models or those of other customers.

Based on the estimated number of recalls and defect ratios, the company considers the recall to be immaterial and will not have an impact on its annual operating results or affect its business, the statement said.

Tesla is recalling some China-made Model Y electric vehicles with production dates between February 4, 2021 and October 30, 2021, totaling 21,599 units, effective immediately, according to a statement posted Friday on the official website of China's State Administration for Market Regulation.

Data from the China Passenger Car Association monitored by CnEVPost shows that 106,236 Model Ys were sold in China through the end of October since the data became available in January.

Some of the vehicles included in the recall may have front and rear steering knuckle strengths that do not meet design requirements due to supplier manufacturing reasons, according to the statement.

After the Tesla Model Y recall was announced, shares of Ningbo Tuopu, a supplier of the part, traded in Shanghai fell rapidly, at one point hitting the one-day limit of 10 percent.

By Friday's close, Ningbo Tuopu's decline had narrowed to 8.86 percent. The stock has gained about 60 percent in the past two months. 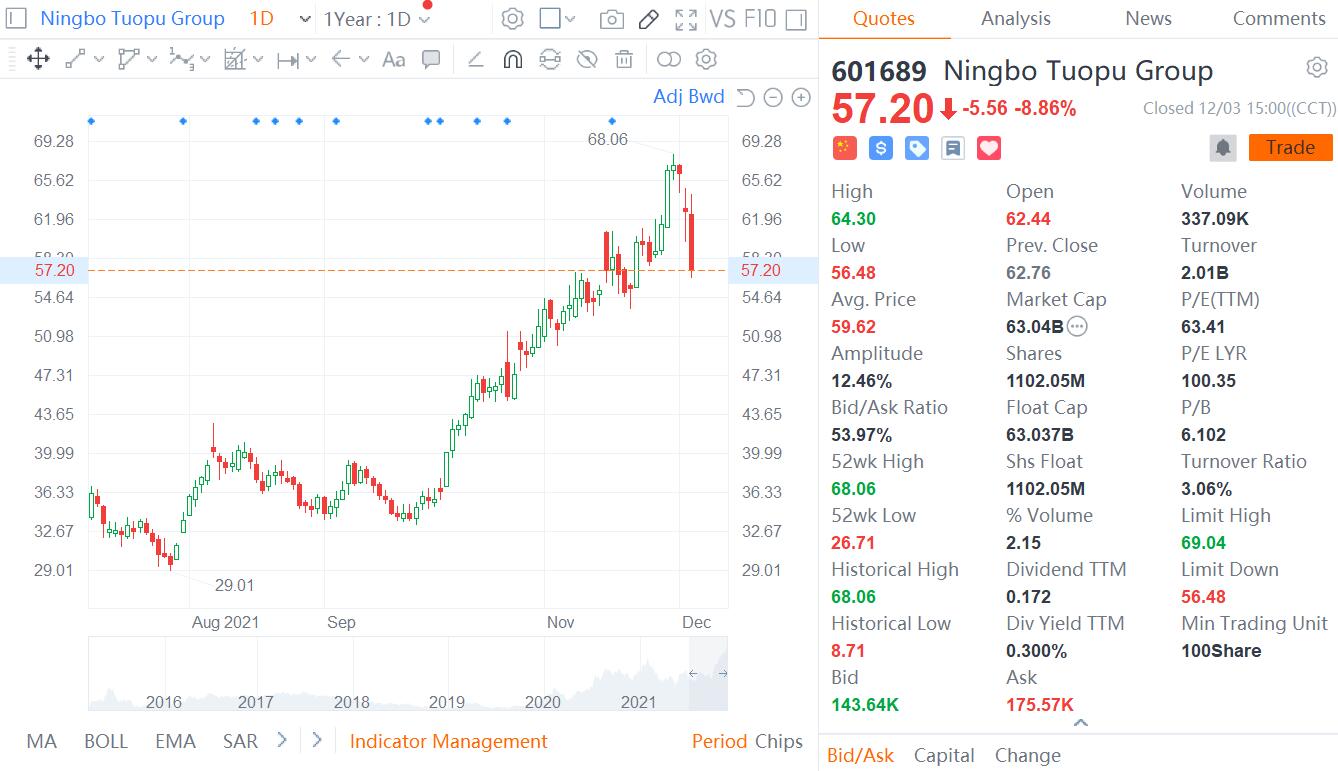 In a statement released today, Ningbo Tuopu said the cause of the Model Y recall was an insufficient quench tank water level in one of the heat treatment lines, which left individual products incompletely submerged in the quench solution, resulting in a steering knuckle that may not meet design requirements for strength.

Based on the company's test results, the probability of a defect in the suspect batch is approximately 0.2 - 1.0 percent, the statement said.

Ningbo Tuopu has completed improvements to its heat treatment line to ensure that the products are adequately hardened and tested for 200 percent hardness, it said.

The company has provided 132 testing instruments that identify risky parts to Tesla service centers, allowing for rapid completion of testing and replacement of identified problem products, it said.

The company is unable to determine the cost of this recall at this time because the customer was acting quickly and the recall has not yet been completed, it said.

You can find the full statement from Ningbo Tuopu here: