Zeekr made its first delivery of the Zeekr 001 on October 23, with 199 units delivered in October. 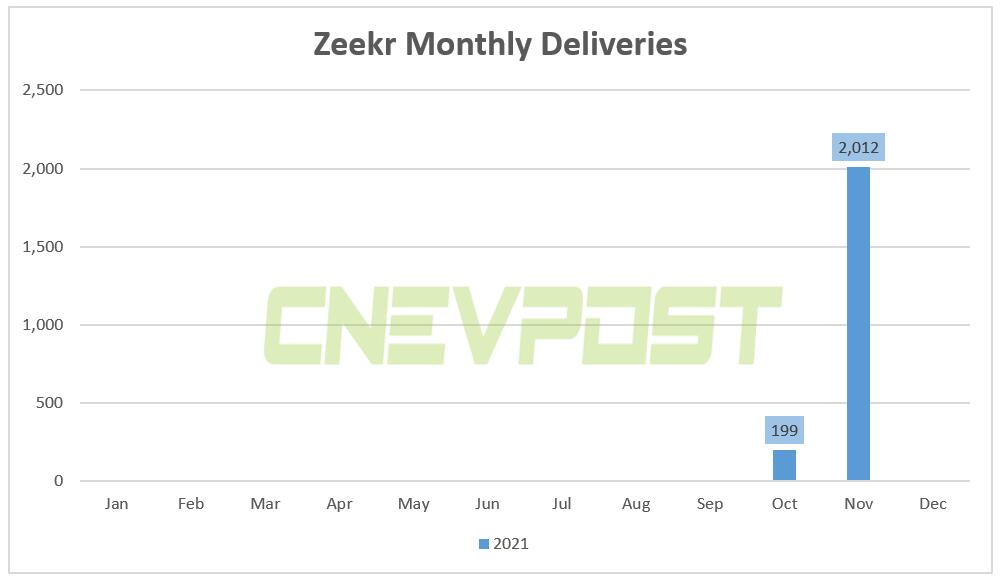 Zeekr, the electric vehicle brand of the Geely Group, delivered 2012 units of the Zeekr 001 - the brand's first model - in November, according to figures released today.

Zeekr made its first delivery of the Zeekr 001 on October 23, with 199 units delivered in October.

In addition, Zeekr said earlier today that it recently entered into a strategic partnership with LiDAR provider RoboSense.

The Zeekr 001 is a renaming of the model previously known as the Lynk ZERO, which was released on April 15, 2021.

The model has a 0-100km acceleration time of 3.8 seconds and is available in three NEDC range variants of 526km, 606km and 712km respectively.

On June 15 of this year, the company said it had sold out of its deliverable production for this year and therefore stopped accepting further deposits.

As of June 14, the average order for the Zeekr 001 was more than RMB 335,000, breaking the price moat of traditional luxury brands, the company previously said.

In a research note released early last month, Huaxi Securities said the Zeekr 001 is expected to be one of the best-selling electric vehicle models in China.