Li Auto delivered a record 13,485 Li ONE vehicles - its only model - in November, a single-month delivery high, according to figures released today by the company. 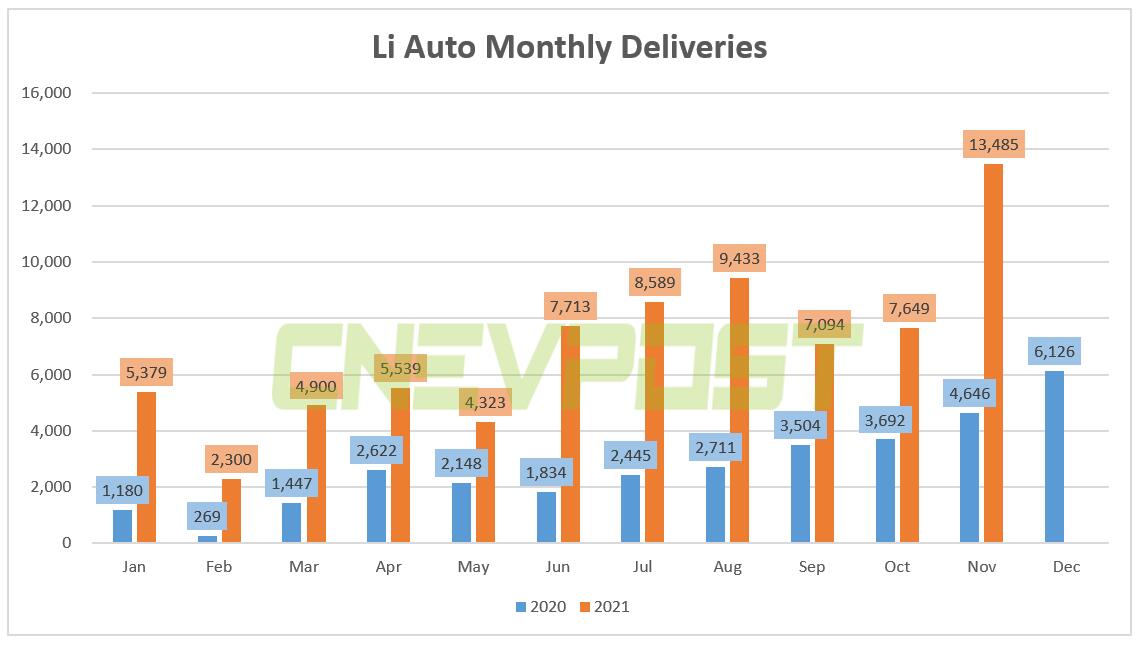 From January to November, Li Auto's total deliveries amounted to 76,404 units. Since its launch, the Li ONE has accumulated 110,001 deliveries.

The Li ONE is a PHEV with a three-cylinder engine and a battery that supports an NEDC range of 188km. Its local counterparts, NIO and XPeng Motors, offer pure-play EVs.

"Li ONE set a new record of 13,000 units delivered in a single month in November. This is the first time a Chinese brand with a starting price of over RMB 300,000 has achieved more than 10,000 deliveries in a single month," said Shen Yannan, co-founder and president of Li Auto.

As of November 30, Li Auto had 174 retail centers in China, covering 93 cities. It also has 236 after-sales repair centers and authorized sheet metal spray centers covering 171 cities, according to the company.

The X01, the first model of the company's next-generation X platform with extended-range technology, will be released in the second quarter of 2022, with deliveries expected to begin in the third quarter of next year, Li Auto executives said.

Li Auto has mentioned the X platform before, but did not directly mention the X01. This is the first time we've seen the company's executives mention the X01, which may be a code name for the model rather than its final name.

There is only one model of Li Auto currently on sale - the Li ONE with extended-range technology, which has no range anxiety as one of its biggest selling points because it can be refueled.

In early August, local automotive media cheshi.com reported that Li Auto will release the X01 in 2022 with a full size upgrade compared to the Li ONE.