Leapmotor said chip shortages and restrictions on industrial electricity use have had some impact on capacity in parts of its supply chain. 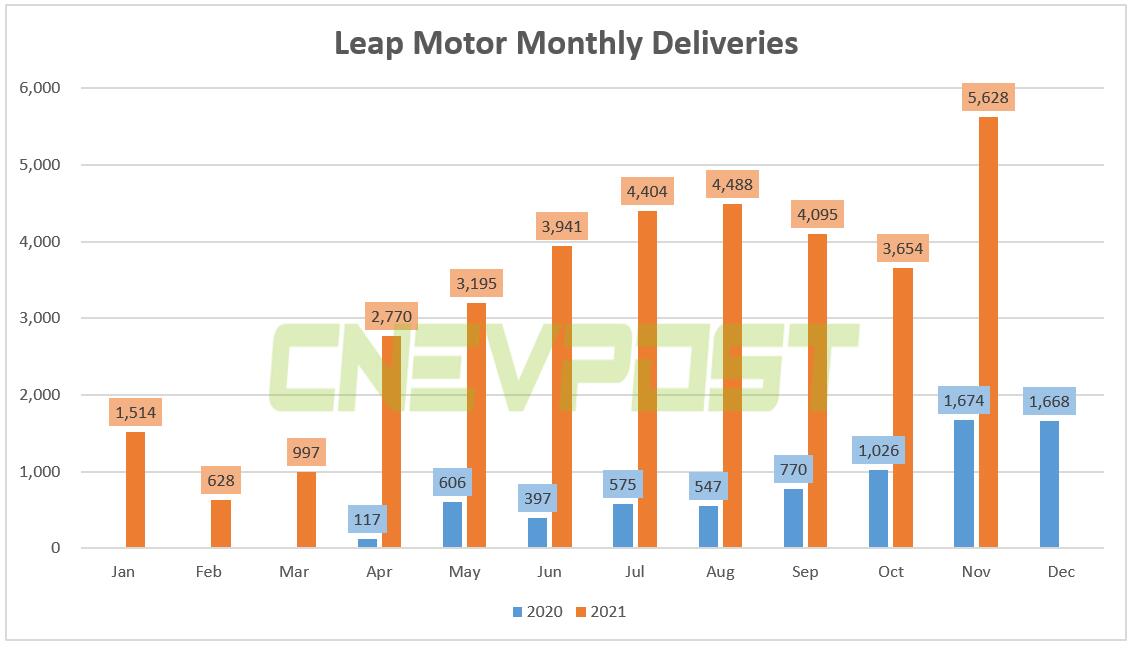 Leapmotor delivered a record 5,628 vehicles in November, up 236 percent year-on-year and up 54 percent from October, according to data released today by the Chinese electric vehicle startup.

Chip shortages and restrictions on industrial electricity use have had some impact on capacity in parts of its supply chain, the company said.

Leapmotor's cumulative deliveries through the end of November were 44,013 units, the company said.

Leapmotor's flagship SUV, the C11, was launched on September 29 and deliveries began on October 22. Previously the company had the coupe S01 and minicar T03 on sale.

It did not release a breakdown of deliveries of the C11 SUV in November.

The model is available in three trim levels, with deliveries of another model priced at RMB 199,800 to begin in April 2022.

Leapmotor founder Zhu Jiangming has said that the overall sales target for Leapmotor is 800,000 units by 2025.