The vehicle was said to be a plug-in hybrid version of the Volvo XC90, and the accident caused severe damage to the car as well as the nearby vehicle.

Fires in new energy vehicles always bring car companies into the spotlight, and Volvo Cars has become the latest one.

According to tech media mydrivers.com, Internet users reported today that a Volvo XC90 plug-in hybrid parked in an underground garage is suspected to have caught fire and exploded while charging.

Photos from the scene show both rear doors of the XC90 were badly damaged, and the vehicle next to it was also severely affected. 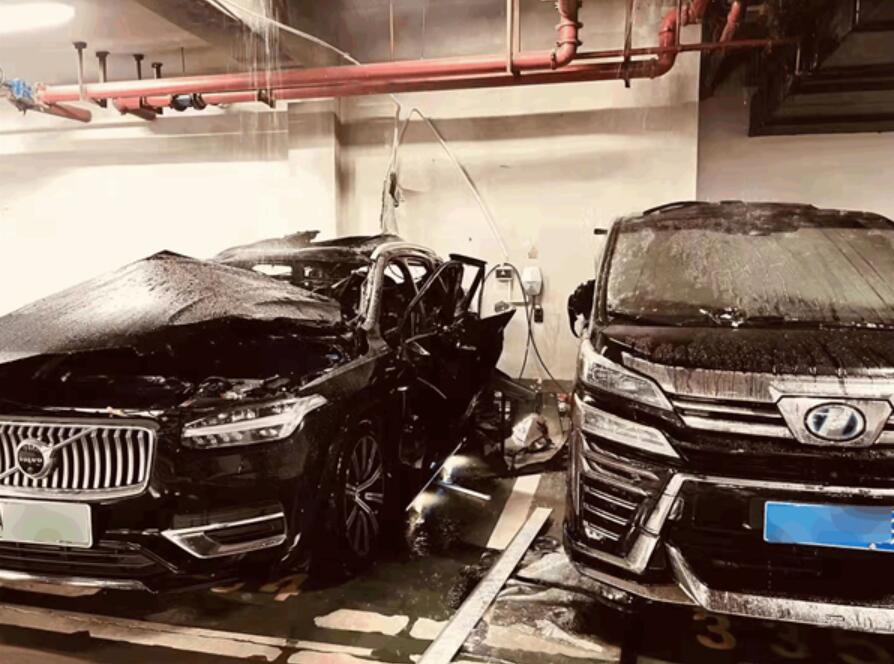 According to a statement released by the Nanjing Fire Department, the accident occurred at 5:39 a.m. today and firefighters extinguished the open fire at 5:54 a.m. There were no injuries.

The cause of the vehicle fire is still under investigation, the statement said.

Volvo later responded that its technicians were on the scene in the first instance and that the company is currently cooperating with the local fire department to investigate the cause of the accident.

According to a report on laoyaoba.com, the vehicle is the XC90 T8, a plug-in hybrid version of the Volvo XC90.

It is equipped with a plug-in hybrid system consisting of a 2.0L engine and electric motor, with an 11.6kWh battery pack and a range of 50km in pure electric mode.