NIO begins equipment installation at its facility in NeoPark 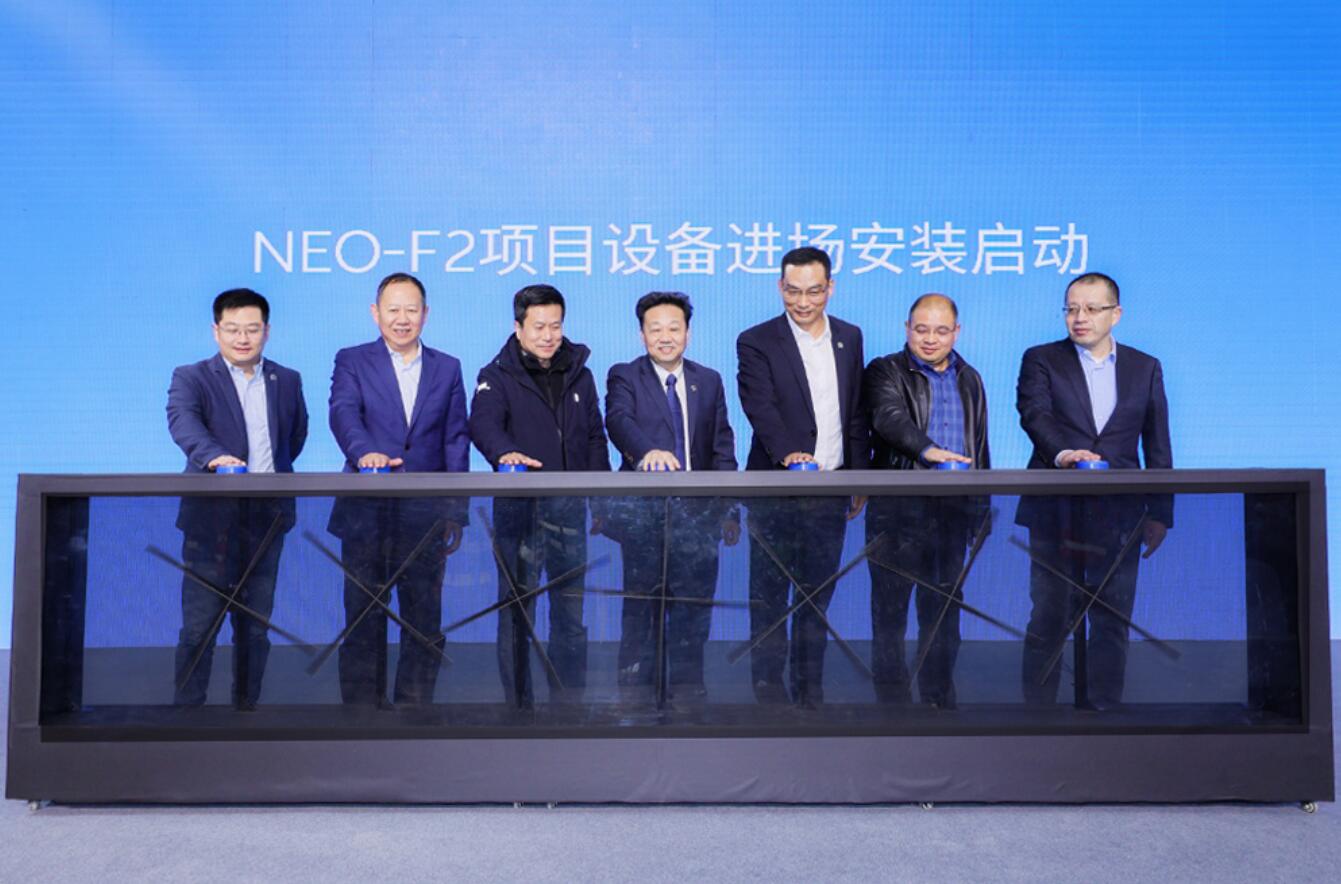 NIO today began installing equipment at its second plant at NeoPark in Hefei, Anhui province, after previously revealing that the timing was the end of this month.

NIO announced the news in its app this evening, saying that the equipment installed at this time involves stamping, bodywork, painting and final assembly, and that its automation, intelligence and environmental technology indicators have reached industry-leading levels.

Weibo car blogger @德卤爱开车 shared information earlier today that NIO had begun installing equipment at the plant, posting pictures that showed NIO celebrating with a ceremony at the plant's paint shop this morning. 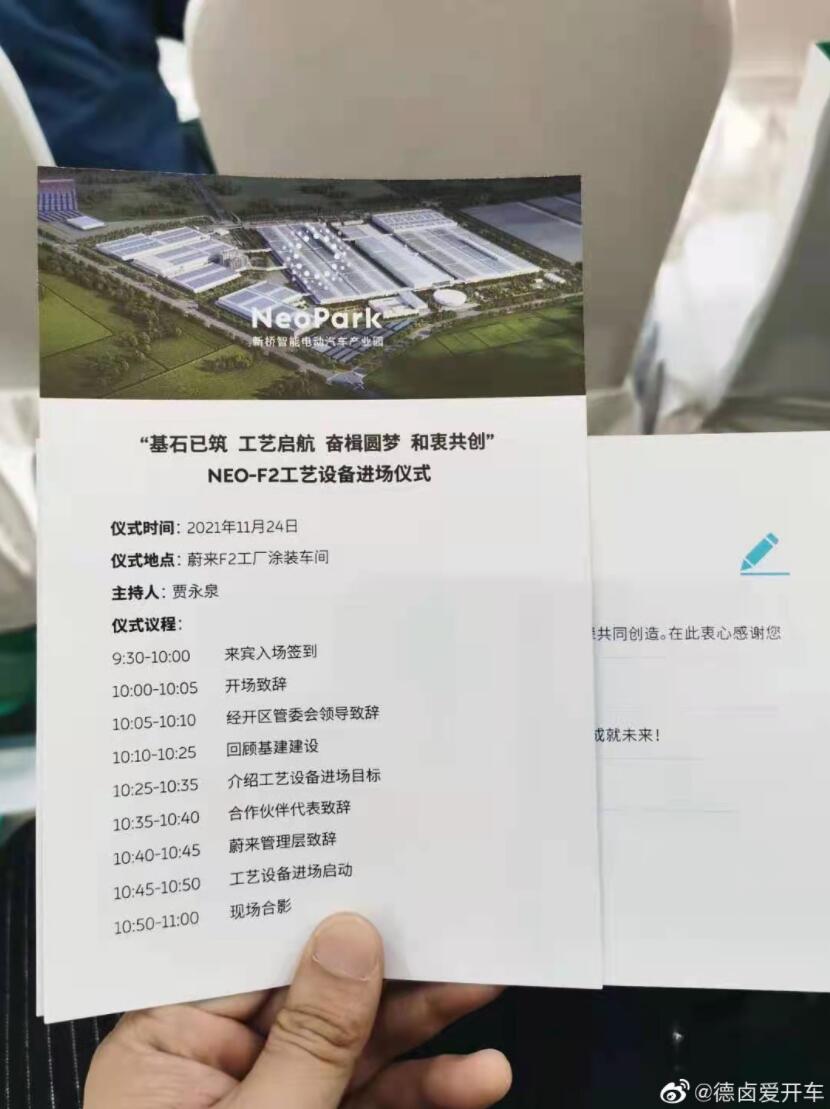 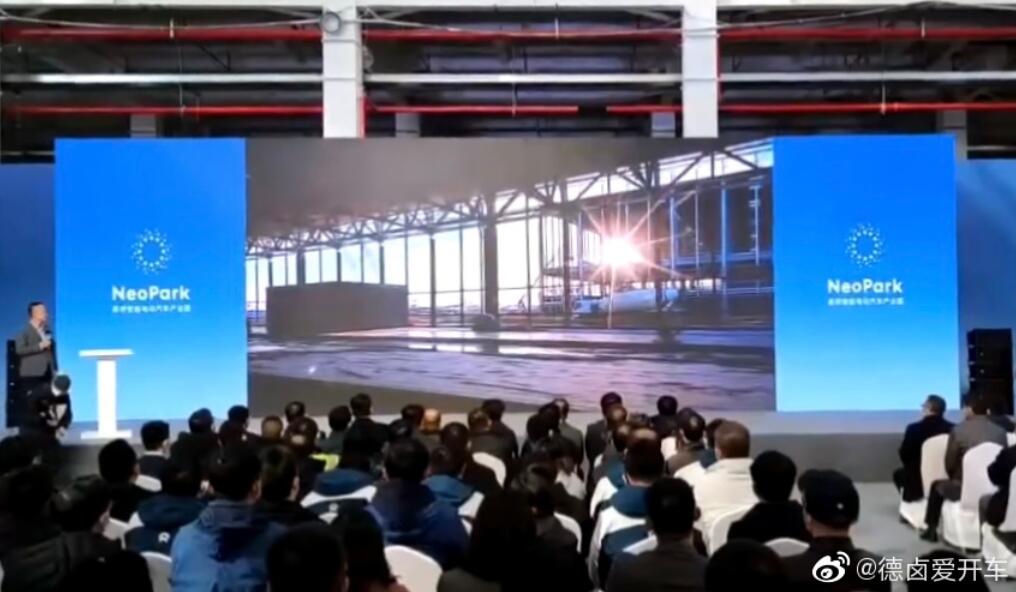 NIO's new plant is expected to be put into production in the second half of 2022, the blogger said, in line with previous announcements by NIO.

NIO's ET5 and ES7 models will be produced at the plant, the blogger said. It's worth noting that this has some conflicting information with what we tracked.

NIO has previously said that its new models will be built at its plant in NeoPark. Although not officially confirmed by the company, it is widely speculated that the ET5 will be the name of NIO's next sedan.

Rumors about the ES7 first emerged in early August, when tech media outlet mydrivers.com reported on August 2 that NIO would begin mass production of the ES7 in June 2022, which is under the previously revealed project codenamed Gemini.

However, caijing.com.cn quoted NIO sources as saying on August 3 that the report was untrue. After that, there was no new reports about the ES7.

Back to NIO's factory in NeoPark, it started construction on April 29 and completed the main steel structure on August 26, and its main building was completed and accepted earlier this month.

According to a report by local Hefei News Channel on October 13, the factory will have a total floor area of 437,000 square meters and will be able to produce 300,000 units per year when it reaches production, with an annual output value of RMB 100 billion.

Why NeoPark matters to NIO? 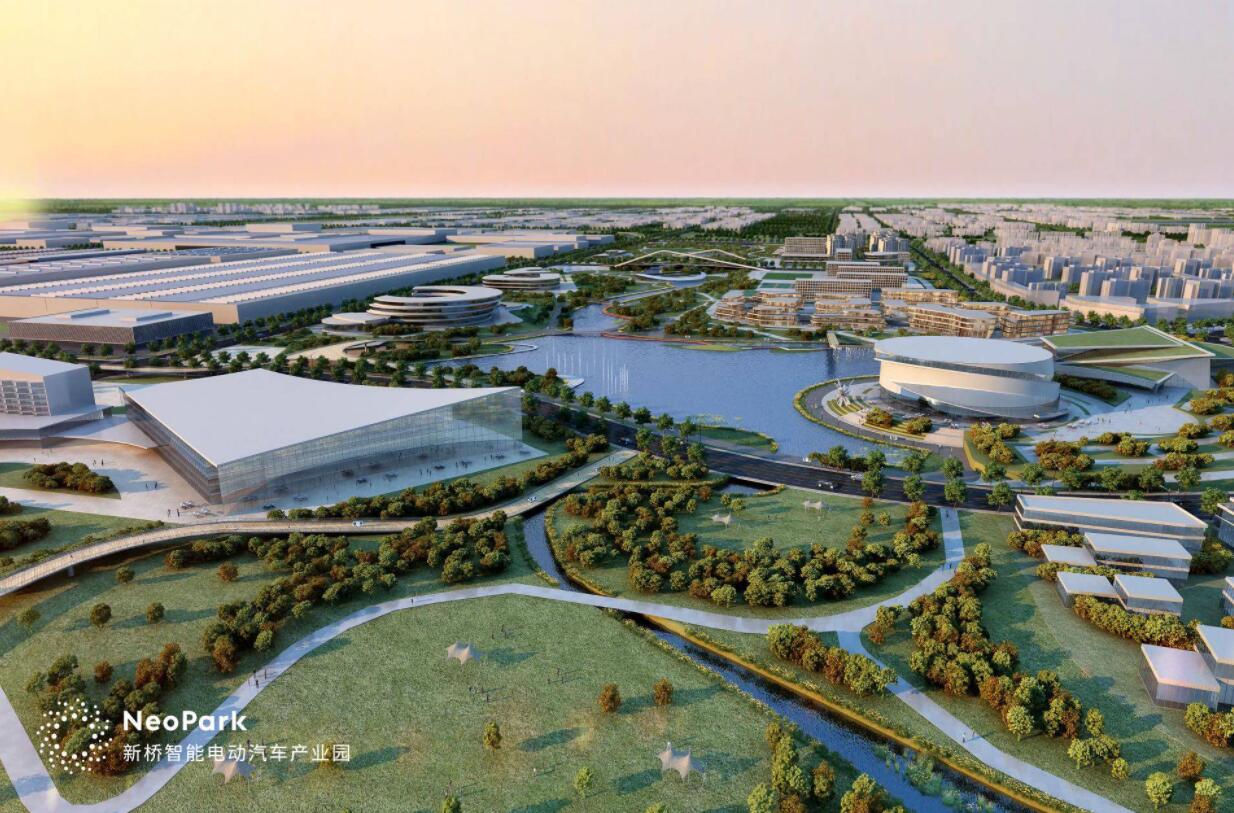 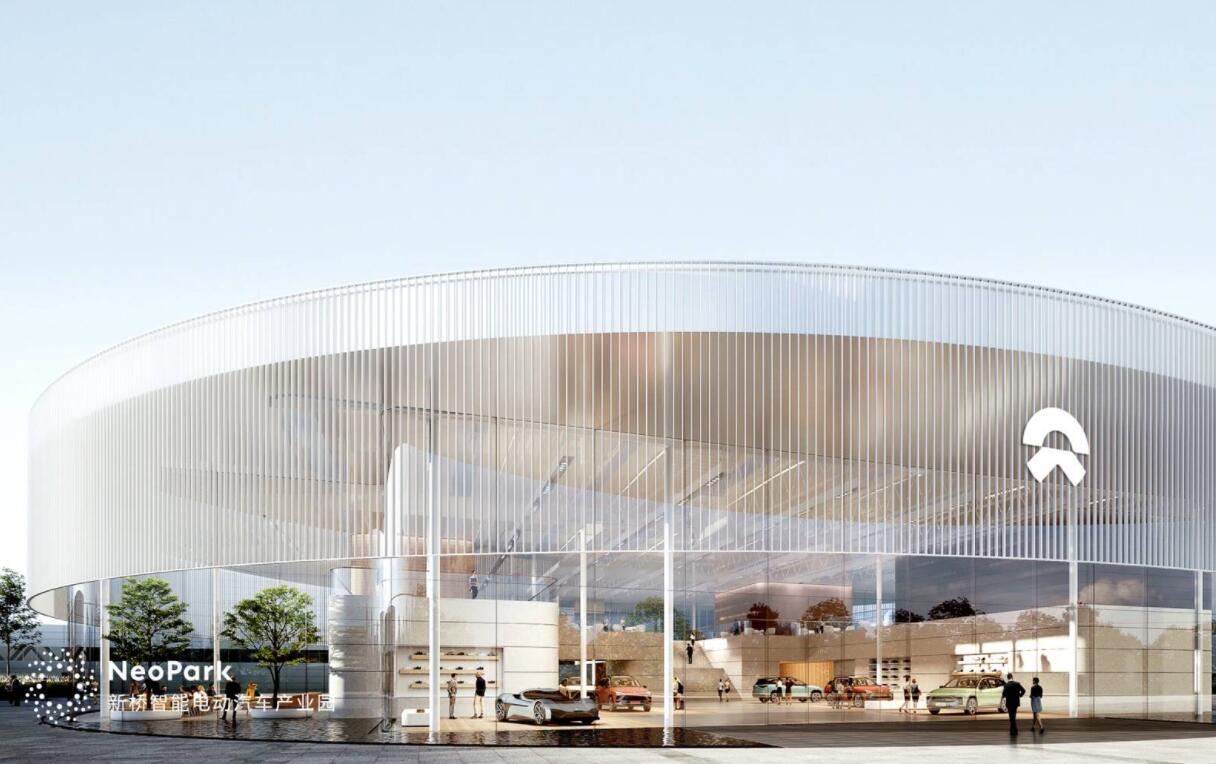 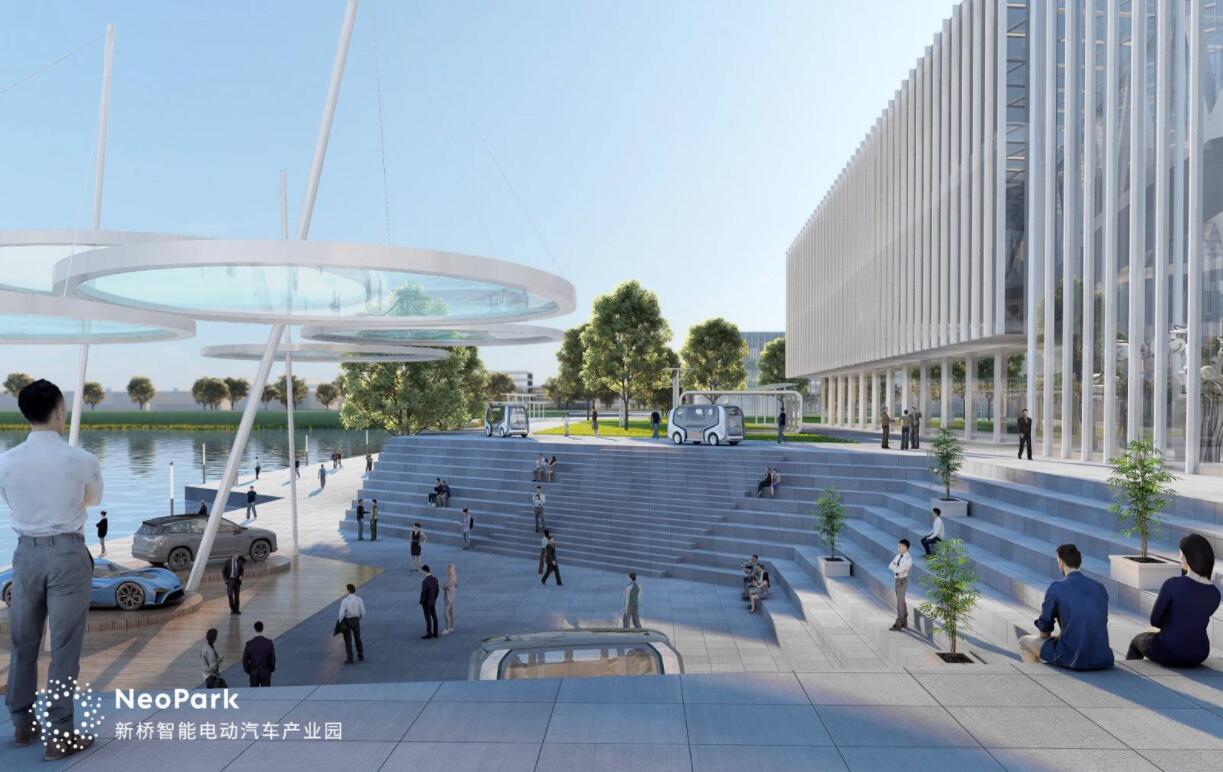