Home NIO NIO denies it will launch ES7 next year

NIO denies it will launch ES7 next year

NIO has denied the rumors that it will launch a new model called ES7 next year.

According to technology media mydrivers.com on Monday, NIO will start mass production of the ES7, which is under the previously revealed project codenamed Gemini, in June 2022.

On Tuesday, local media caijing.com.cn quoted NIO sources as saying that the news was untrue.

A picture circulating on the Internet cited by the mydrivers.com report showed that the model will be produced at NIO's Hefei plant with a four-year lifecycle and a target production of 60,000 units/year, matching previous information about NIO's Gemini project.

The image features a covered car in the background, which appears to be an Audi model, according to a report by Tencent News. 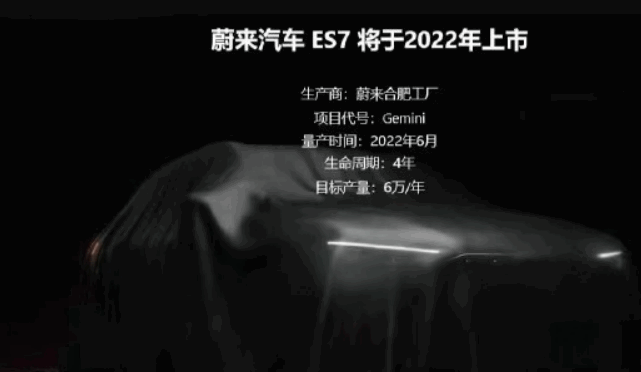 NIO is currently selling three SUVs -- the ES8, ES6 and EC6 -- and its sedan ET7, which was released earlier this year, will begin deliveries in the first quarter of next year.

On May 10, NIO's OEM JAC issued a tender announcement for the construction of a production line for a 60,000-unit-per-year model codenamed "Gemini," sparking speculation that NIO would launch an entry-level model.

In early June, Qin Lihong, co-founder and president of the company, said after the opening of the NIO House in the northern Chinese city of Harbin that "Gemini" is the code name for a new product that NIO will launch next year.

Qin did not reveal more details, but Ma Lin, senior director of corporate communications at NIO, added on Weibo that "Gemini" will not be a low-end product, and that the NIO brand will maintain its high-end positioning.