This may dampen some enthusiasm for it, as there is a risk that current orders will not be delivered before the Chinese New Year holiday.

The delivery time for the lowest-priced version of the Tesla (NASDAQ: TSLA) Model Y in China has been further extended. 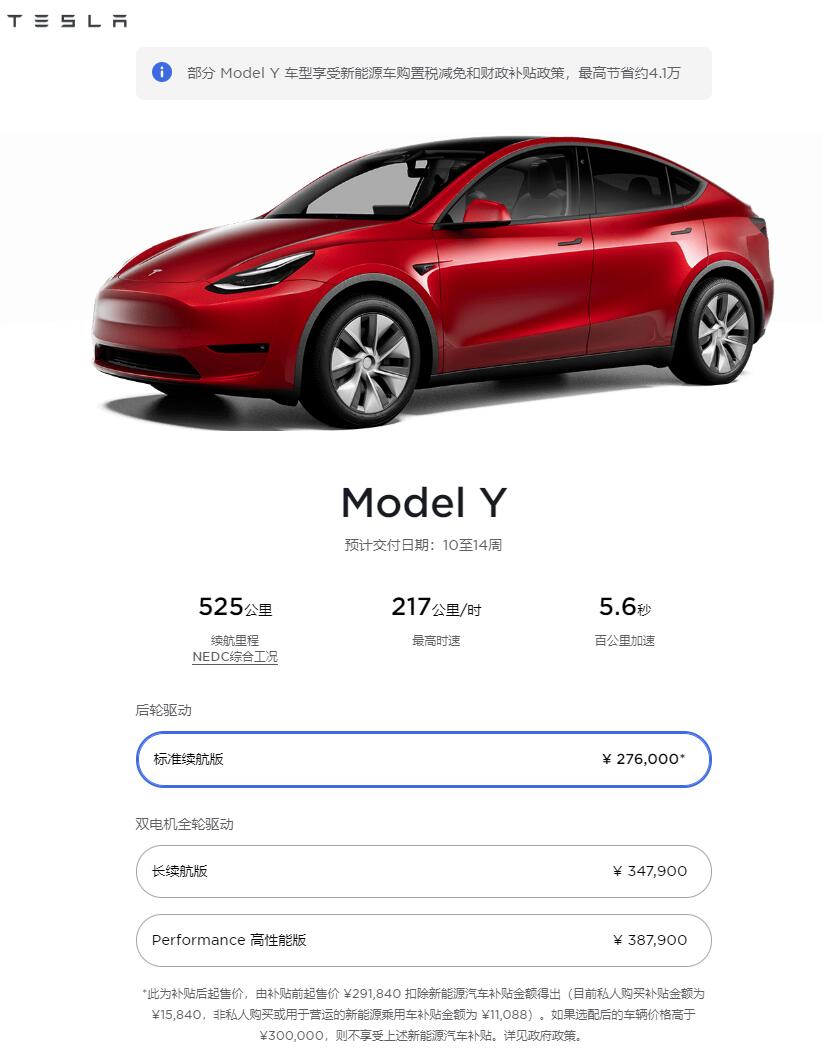 This means that consumers who order the model now will likely have to wait until at least mid-January 2022 to get delivery.

It's worth noting that one of China's most important holidays, the Chinese New Year, is coming up on February 1, and many buyers will want to get delivery before then so they can drive their new car back to their hometowns during the week-long holiday at that time.

The Model Y Standard Range's current expected delivery time runs the risk of keeping consumers who have ordered the car now from getting it delivered before the Chinese New Year holiday, potentially dampening some people's enthusiasm for it.

It is worth noting, however, that the Model Y Long Range, priced at RMB 347,900, and the Model Y Performance both have an expected delivery date of the fourth quarter.

The delivery time for the Model 3 Standard Range remains unchanged at 6-10 weeks, while the Model 3 Performance is expected to be delivered in the fourth quarter.

The Model Y Standard Range was officially launched on Tesla's China website in early July, and deliveries began in August.

The model's subsidized starting price of RMB 276,000 is lower than the previous lowest-priced model at RMB 347,900, making it a popular choice.

Data released yesterday by the China Passenger Car Association (CPCA) showed that the Model Y sold 13,303 units in China in October, making it the third best-selling new energy vehicle in the country.

But against the backdrop of a backlog of orders, the sales do not appear to be a true reflection of demand for the Model Y in China.