Huawei is reportedly partnering with Sokon to create a model called Aotu, which will feature a full suite of Huawei's smart car solutions. 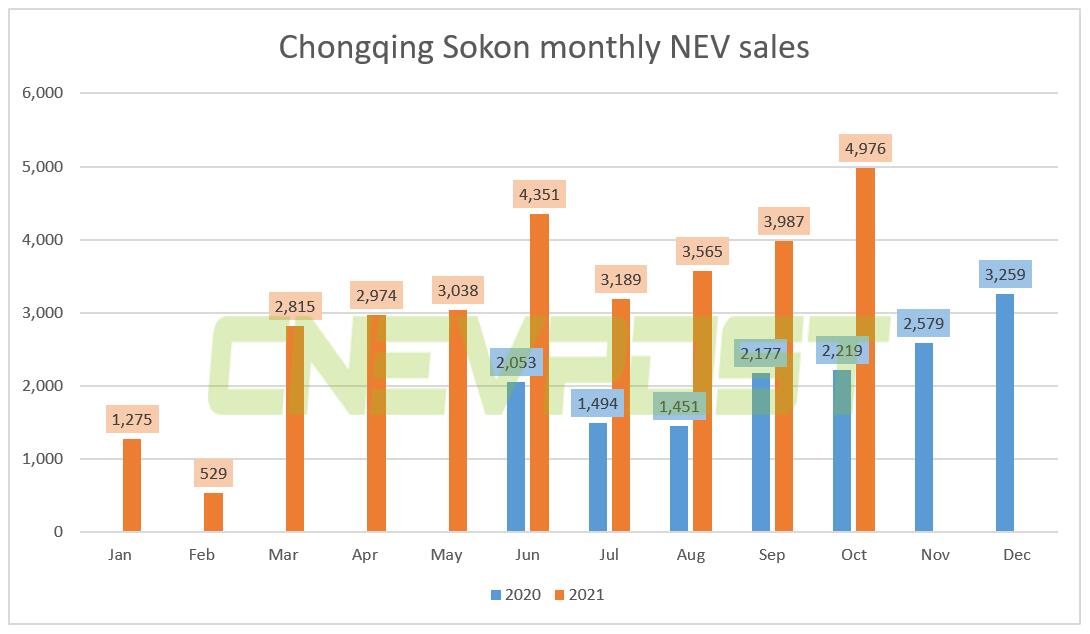 Chongqing Sokon, which has one of its models selected by Huawei to sell in its channels, sold 4,976 new energy vehicles (NEVs) in October, up 124 percent year-on-year and up 25 percent from September.

The Shanghai-listed company filed a production and sales update Wednesday showing that it sold a total of 30,699 NEVs from January to October, up 113 percent from a year earlier.

Sokon's existing vehicle brands include Seres, Dongfeng Fengguang, and DFSK, and its main products include SUVs, MPVs, and minivans.

Late last month, local automotive media Auto Report reported, citing sources familiar with the matter, that Huawei would partner with Sokon to create a model called the Aotu, which will feature a full suite of Huawei's smart car solutions.

In contrast, the Seres SF5 is led by Sokon and only uses Huawei's electric drive system and primary features including Huawei HiCar.

On top of that, the car will be fully handled by Huawei from pre-planning and design to post-marketing and sales, according to the report.

"This is equivalent to Huawei buying out the model, with Sokon Seres only responsible for OEM production," the source said.