Update: New breakdown data for Han EV and Han DM has been added. 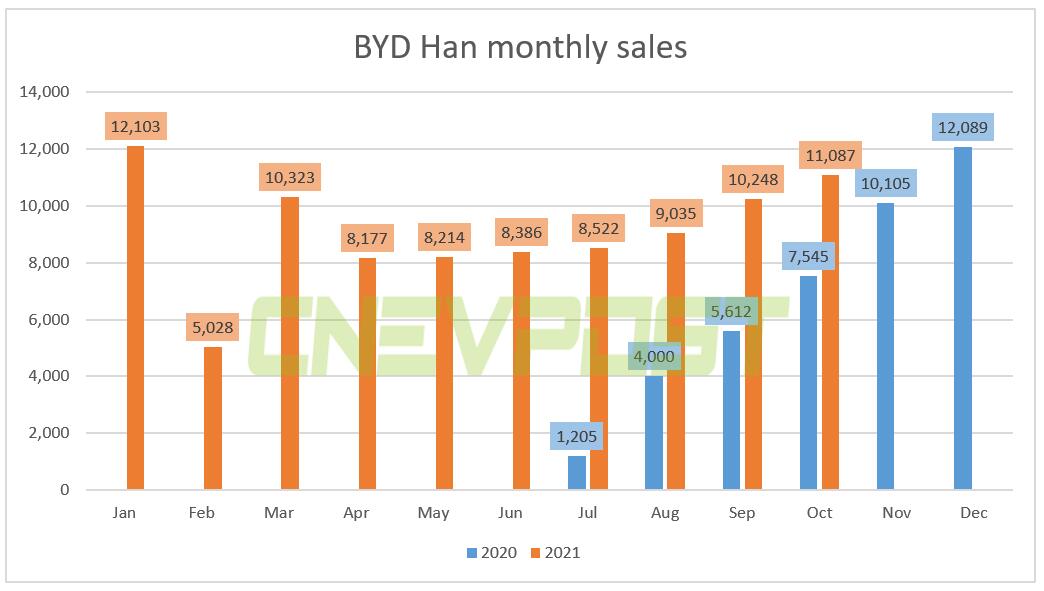 BYD's flagship sedan Han sold 11,087 units in October, up 47 percent year-on-year and up 8 percent from September, data released by the company showed Wednesday.

BYD Han includes the Han EV, an all-electric version with an NEDC range of 605 kilometers, and the Han DM, a hybrid model with a range of only 81 kilometers on pure electric power.

In addition to the Han EV as well as the Han DM, a new version of the model is not far from the market.

According to yiche.com last month, the Han DM-i version is undergoing road tests and looks almost the same as the Han EV and Han DM, except that the rear badge has been changed to Han DM-i.

The model will likely go on sale in the first half of next year, according to the report.

In BYD's product array, the vehicles have EV, DM and DM-i versions, depending on the form of power. Where EV stands for pure electric, DM, as well as DM-i versions, are both hybrid versions, except the latter is more fuel economy-oriented.

Join our Telegram group to be alerted the moment we publish an article: t.me/CnEVPost
#BYD#BYD Han#Deliveries
0
Comments (0)