Li Auto said it received more than 14,500 new orders for the Li ONE in October.

Li Auto delivered 7,649 Li ONEs, the company's only model, in October, up 107 percent year-on-year and up about 8 percent from September, according to data released today by the company. 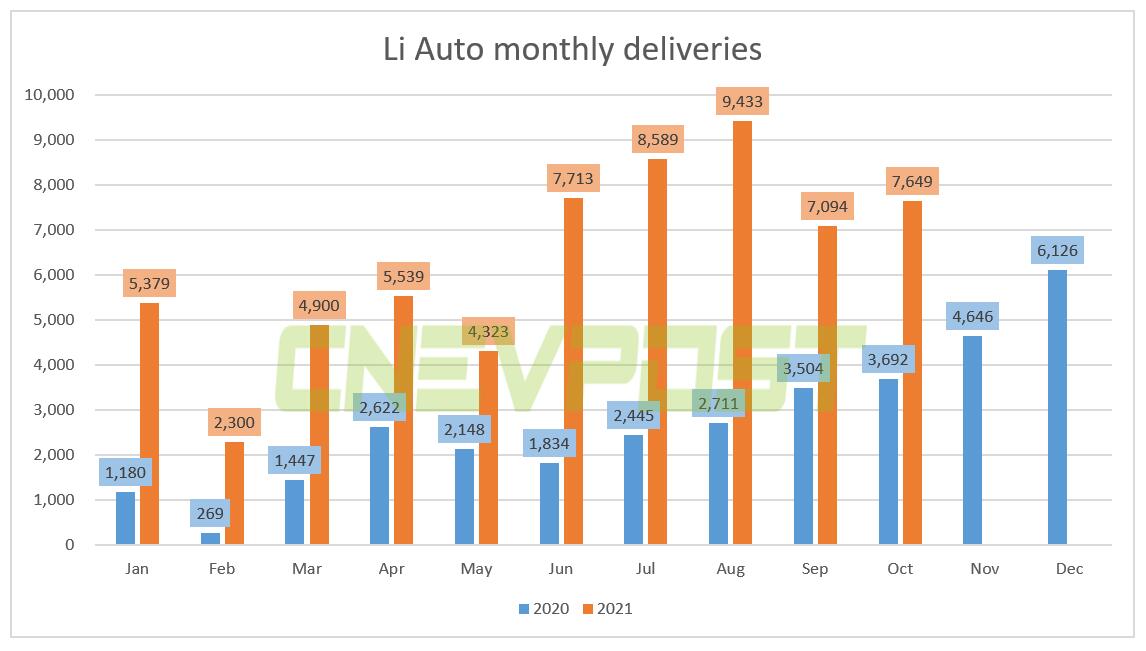 Cumulative deliveries of the Li ONE since the start of deliveries amounted to 96,516 units.

"With more than 14,500 new orders for the Li ONE in October, we are working fully with our suppliers to restore the supply of millimeter-wave radar and shorten the customer pickup waiting period as much as possible," said Shen Yannan, co-founder, and president of Li Auto.

Notably, on October 28, Li Auto said its 100,000th Li ONE rolled off the production line at its manufacturing facility in Changzhou, Jiangsu province.

This makes the company the next new carmaker to reach that milestone after NIO and XPeng Motors, and the first startup to break that threshold with a single model.

Considering that the Li ONE had accumulated 88,867 deliveries through the end of September, the milestone means it had sold more than 10,000 units as of October 28, and the gap with deliveries could mean a delay in shipping.