Most people may not have noticed that China's energy sector is receiving a huge financial boost.

China's largest bank, Industrial and Commercial Bank of China (ICBC), signed a strategic cooperation agreement with the National Energy Administration (NEA) on October 25 to provide 3 trillion yuan ($470 billion) in intended financing support for the energy sector over the next five years.

A statement on the NEA's website on Monday announced the information, saying the two will jointly explore effective ways to help green energy development and promote carbon peak and carbon neutrality.

This is one of the NEA's measures to secure energy and power supplies for China in the winter, but more importantly, to secure important financial support for the development of the energy sector over the next five years. 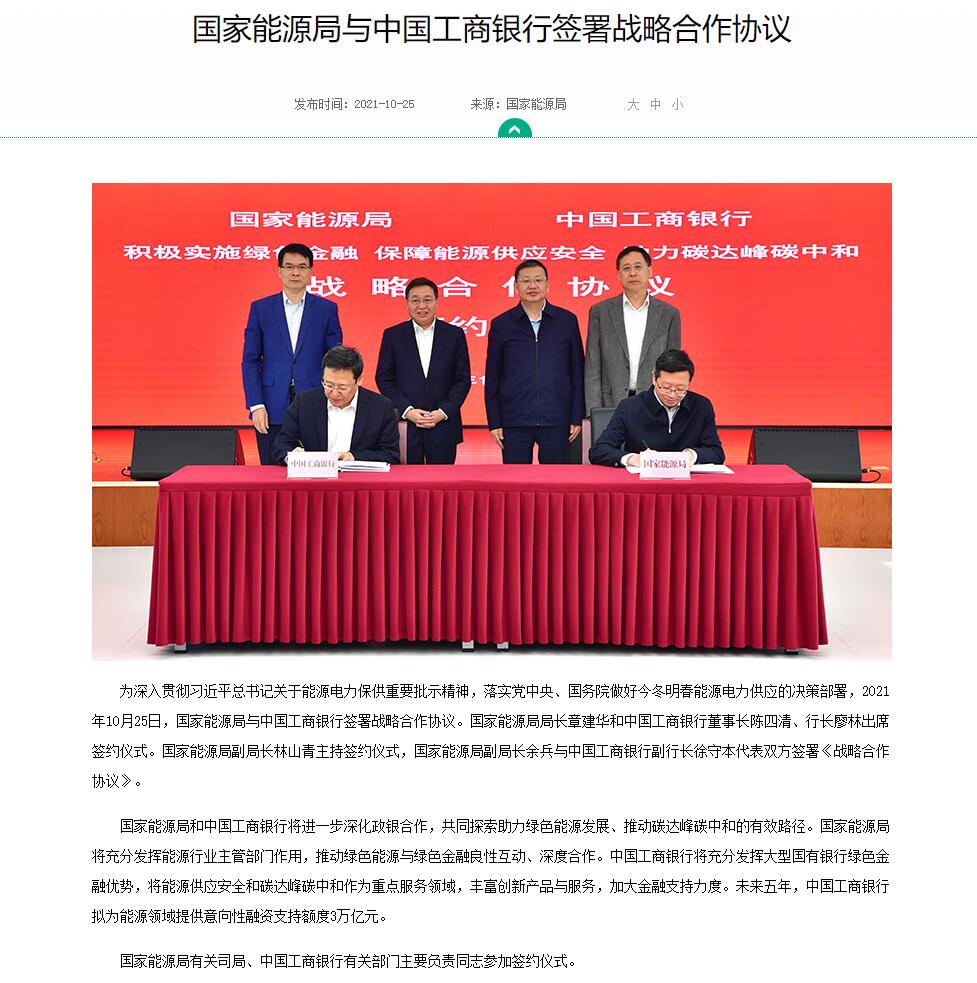 Many people may not have a concept of the 3 trillion-yuan figure, but China's economic stimulus package was 4 trillion yuan in 2008 after the global financial crisis.

While the support is geared toward China's energy sector as a whole, a document from China's State Council released by Xinhua News Agency on Sunday said China will ensure that it achieves carbon peak and carbon neutrality on schedule.