BYD shares traded in Shenzhen are up about 35 percent since September 30.

BYD, which trades in Shenzhen, rose 6 percent to RMB 318 as of press time, surpassing its August 6 high and hitting a new all-time high. The stock is up about 35 percent since September 30. 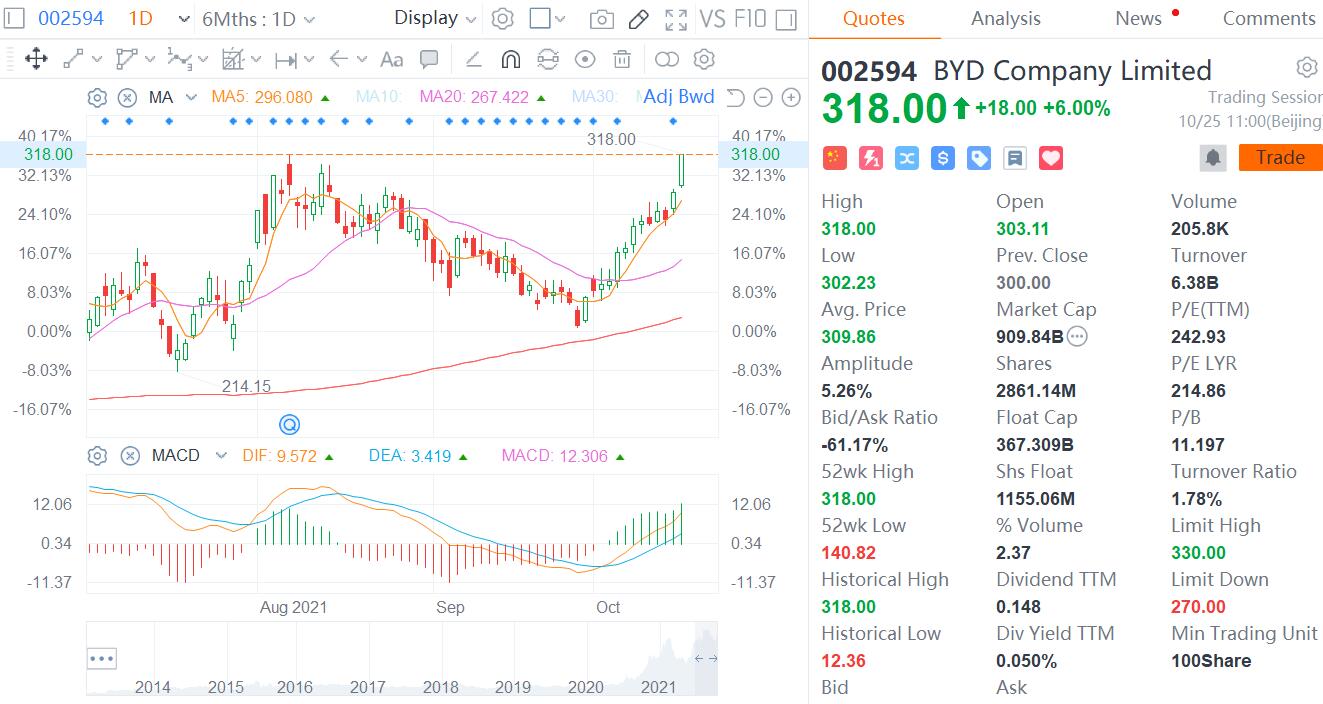 Power battery giant CATL rose more than 3 percent to RMB 621.76, setting a new all-time high. The stock is up 23 percent since September 30. 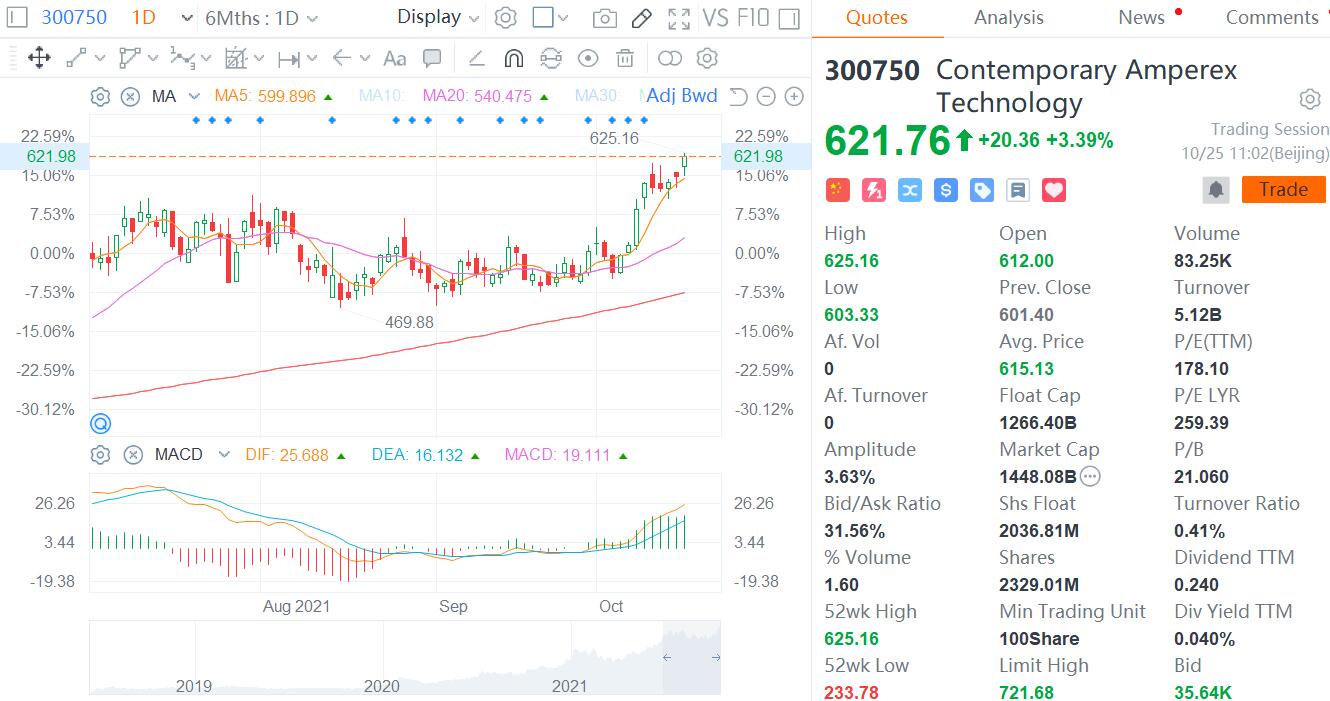 China's State Council on Sunday issued an opinion on the country's efforts to achieve carbon peak and carbon neutrality, saying that by 2060, China's energy use efficiency will reach an internationally advanced level and the proportion of non-fossil energy consumption will reach more than 80 percent.

This is a policy boon for the power battery giants, as CATL and BYD are the top two battery makers in China, and their batteries can be used for EVs as well as energy storage projects.

Data released earlier this month by the China Automotive Battery Innovation Alliance showed that CATL had 46.79 GWh of batteries installed in China from January to September, ranking first with a 50.8 percent market share.

BYD ranked second with 14.73 GWh of installed power battery capacity in China during the same period, with a 16 percent market share.

For BYD, the company is also rumored to have received a battery order from Tesla.

Join our Telegram group to be alerted the moment we publish an article: t.me/CnEVPost
#BYD#CATL#Stocks
1
Comments (0)