By the time NIO reaches its goal of having 3,000 battery swap stations in China by 2025, the total capacity of these facilities will be 300MW of photovoltaic power on their rooftops. 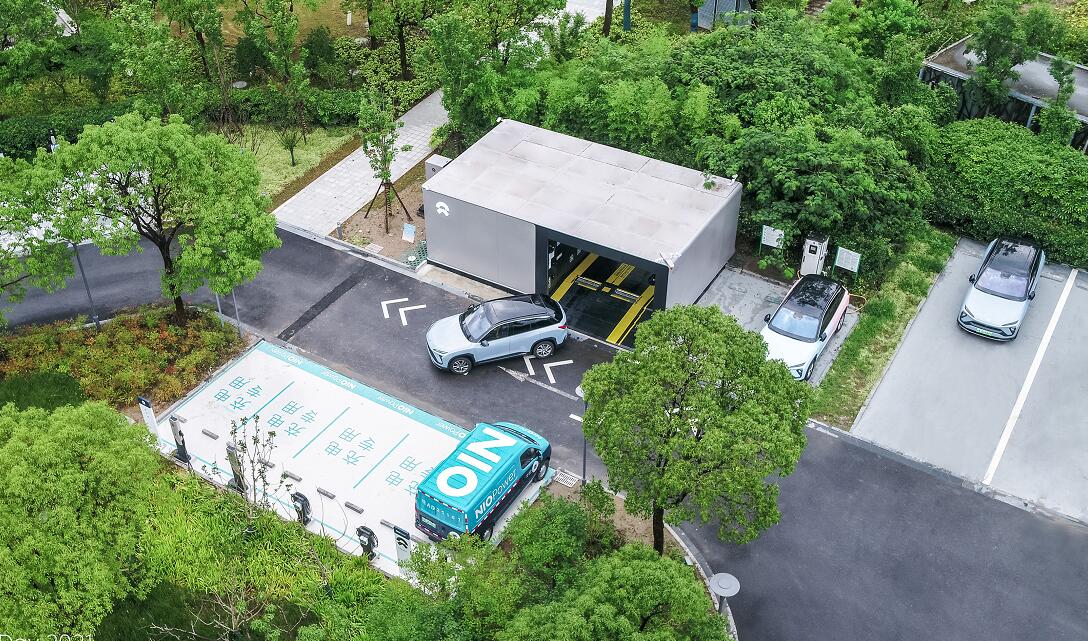 Unlike open-air charging stations, NIO's signature battery swap stations are small buildings. What can its roof be used for?

You guessed it, the roofs of these buildings can be used to install photovoltaic (PV) panels.

Unisun Energy, a provider of distributed clean energy power plant solutions, announced that it signed a contract with NIO on October 19 at the latter's global headquarters in Shanghai to install rooftop distributed PV plants on the EV maker's second-generation battery swap stations.

At the inaugural NIO Power Day event on July 9 this year, NIO announced that by the end of 2025, the company will have more than 4,000 battery swap stations worldwide, with 1,000 of them in overseas markets.

Unisun Energy released information Tuesday showing that the average capacity of each PV station it installs on the roofs of battery swap stations for NIO is 100kW.

By the end of 2025, when NIO has more than 3,000 battery swap stations in China, the total PV capacity on the roofs of these facilities will reach 300 MW, Unisun Energy said.

As of October 19, NIO had 543 battery swap stations in China, according to CnEVPost data.

Speaking at the signing ceremony, Shen Fei, senior vice president of NIO Power, said distributed PV is strategically important to the country's efforts to become "carbon neutral" and that NIO is excited about this partnership that will help it further the sustainable development of the transportation industry.

This partnership makes battery swap stations even more unique to NIO, as no other vehicle company's replenishment facilities are equipped with such large-scale installations of distributed PV power stations.

NIO's move is also the industry's latest effort to increase the use of new energy sources, driven by China's carbon neutrality and peak carbon targets.

The total area of the solar project on the roof of the subway garage here is 50,000 square meters, equivalent to the size of five or six soccer fields.

Nearly 13,000 280-watt modules have been installed there, and the solar power generated is connected to a comprehensive substation within the base for use in the subway's immediate vicinity.

At the end of August, Chinese fossil fuel giant Sinopec announced that it has 205 gas stations equipped with PV power generation capabilities, located in 25 Chinese provinces and cities.

The PV panels used to generate electricity are installed on the roofs of its gas station buildings. The company said the power generated by these facilities will be used by itself, with the excess provided to the public grid.