NIO has equipped the ET7 with a second-generation electric drive system that uses SiC technology to achieve more powerful performance.

NIO's state-of-the-art electric drive system, which underpins the powerful performance of its first sedan, the ET7, may not be exclusive to the sedan, according to a new report.

The ET7's second-generation electric drive system is expected to be available on all NIO models, including the ES8, ES6 and EC6, yiche.com reported Tuesday.

The electric drive system consists of a 180kW permanent magnet synchronous motor at the front and a 300kW asynchronous induction motor at the rear, with a combined system power of 480kW, according to the ET7 spec sheet on the NIO website. 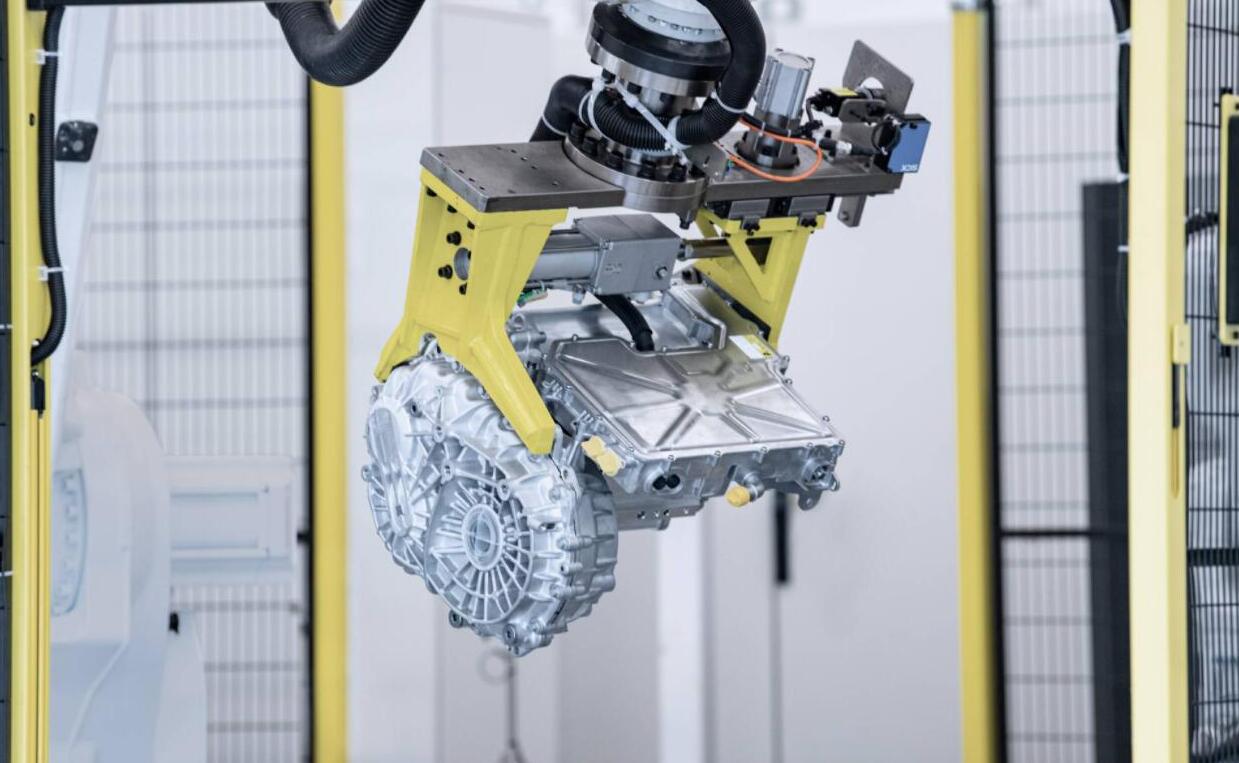 The yiche.com report mentioned that the ET7 supports motor heating of the battery in low-temperature conditions, with six gears and maximum heating power of 4kW.

The report provides no further details, but according to information shared by several Weibo users, NIO's motor division, XPT, based in Nanjing, Jiangsu province, held a media briefing on the ET7's electric drive system on Tuesday.

"I saw the ET7's electric drive system this afternoon and it's probably the most technically advanced electric powertrain in China this year," auto blogger @常岩CY wrote on Weibo. 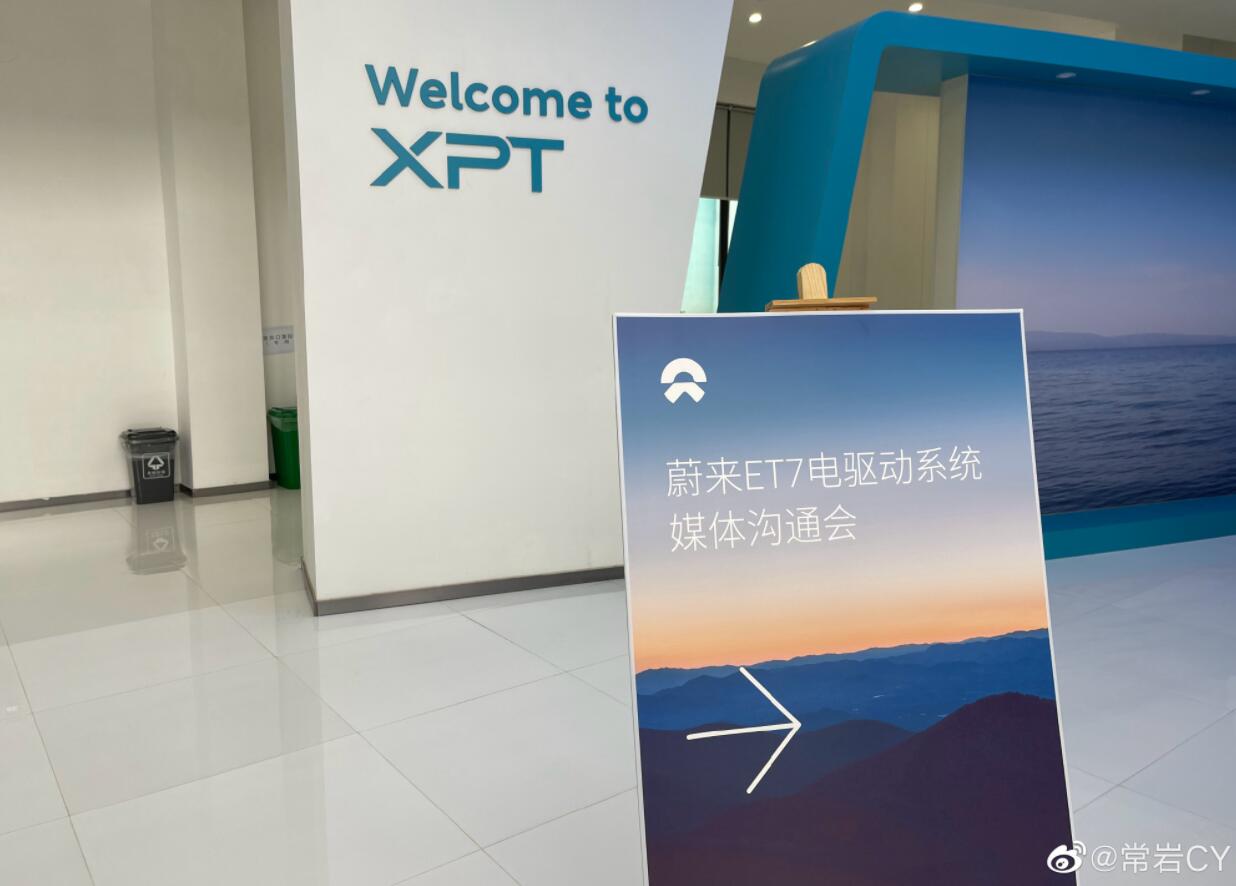 According to another auto blogger @德卤爱开车, details of the ET7's electric drive system released by XPT show that the motor has a peak efficiency of 94.5 percent with the help of a silicon carbide (SiC) controller. 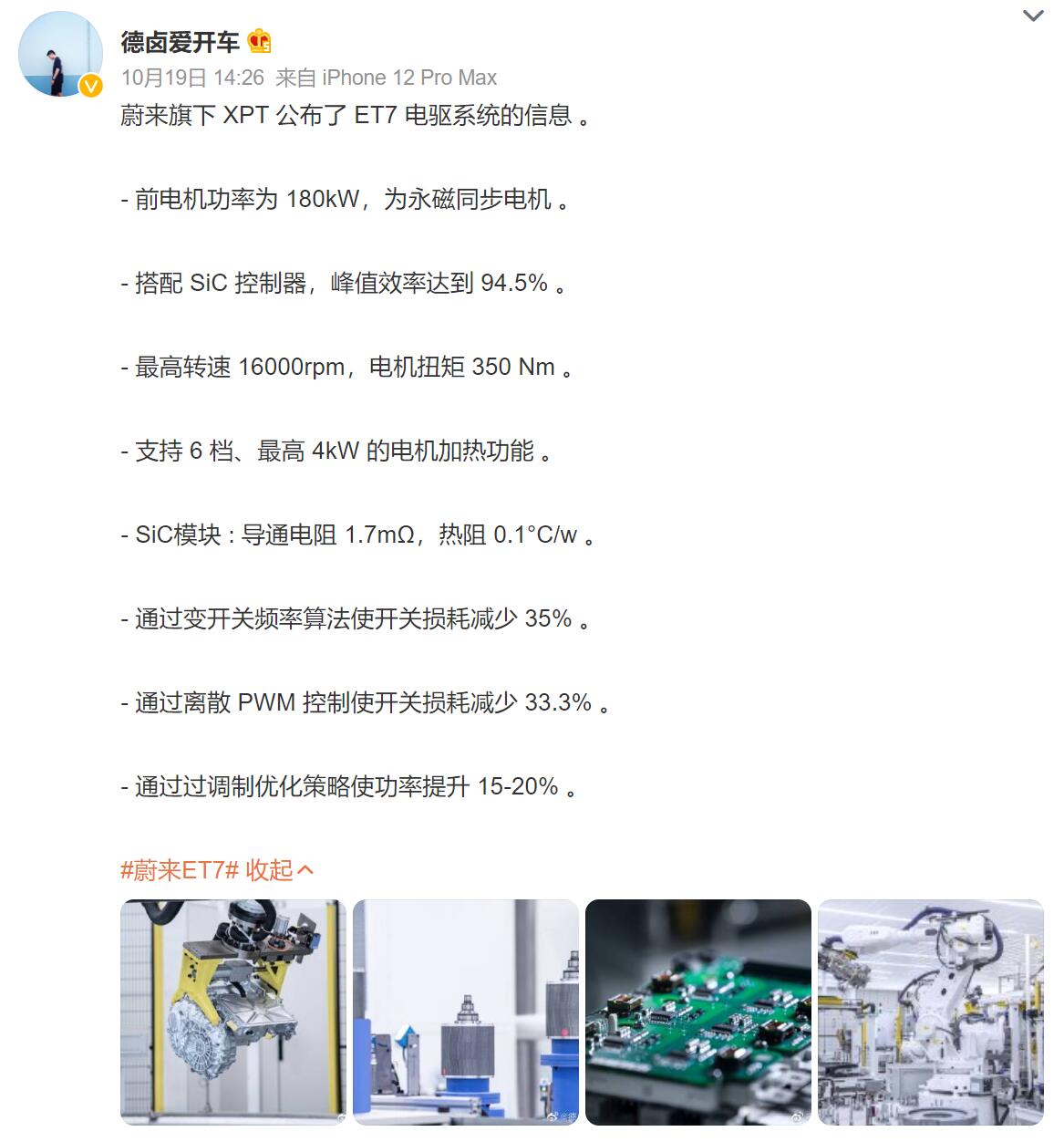 As previously reported by CnEVPost, NIO announced on June 22 that the first SiC electric drive system C prototype for the ET7 rolled off the production line.

Zeng Shuxiang, CEO of XPT, said at the time this development marks the completion of development and engineering validation of all key technologies for its SiC electric drive products.

Zeng said the SiC technology is primarily used in the core power electronics of the ET7's permanent magnet motor controller, a component that serves to convert DC power from the battery into the AC power required by the motor.

Silicon carbide power modules offer many advantages over traditional silicon-based modules (IGBTs). The following are from Zeng's explanation at the time:

It is more resistant to high temperatures and has more than 30% higher maximum current capability for the same volume.

It is suitable for a wider voltage range and has better expansion compatibility.

It has faster switching speed and significantly lower overall losses, which can effectively improve the range by about 4% to 6%.

NIO has become the second local car company to use SiC technology.

If the yiche.com report is eventually proved to be correct, NIO's existing models are expected to further improve their competitiveness without the need for a facelift.