The cell reached a maximum conversion efficiency of 25.4 percent for a full-area cell calibrated at the JET testing laboratory in Japan, setting a new world record for conversion efficiency for large-area N-type single-crystal passivated contact (TOPCon) cells for the fourth time in nearly a year, the company said. 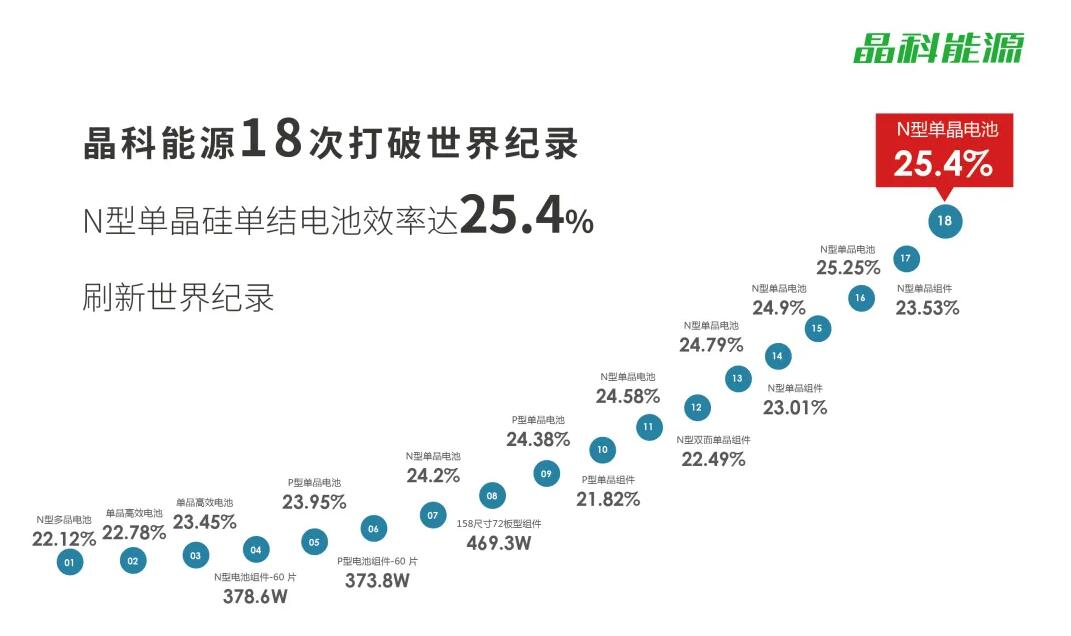 This surpasses the previous achievement of its local counterpart, Trina Solar, which said on August 16 that its self-developed 210 mm x 210 mm high-efficiency PERC cell could reach 23.56 percent efficiency, setting a new world record.

It is worth noting that the two are not taking the same technological route.

Photovoltaic cell batteries mainly include P-type and N-type, the former is the current mainstream products.

The PERC cell structure was first officially published in 1989 in Applied Physics Letter by MartinGreen's research group at the University of New South Wales, Australia, when a laboratory cell efficiency of 22.8 percent was achieved.

In the field of photovoltaic cells, as P-cells approach the theoretical efficiency limit, N-cell technology will become the mainstream direction for future development, said a report released by CITIC Securities in late August.

With the localization of equipment and materials and the continued improvement of process maturity, many manufacturers have accelerated the layout of N-type Heterojunction (HJT) cell mass production lines, with a current planned capacity of over 120 GW, according to a CITIC Securities report.

HJT is expected to become the next generation of mainstream cell technology by stacking with technologies including IBC and chalcogenide to form stacked cells, and the conversion efficiency limit value is further opened, according to the team.