BAIC BluePark has had a glorious past, but business conditions have continued to deteriorate in recent years. 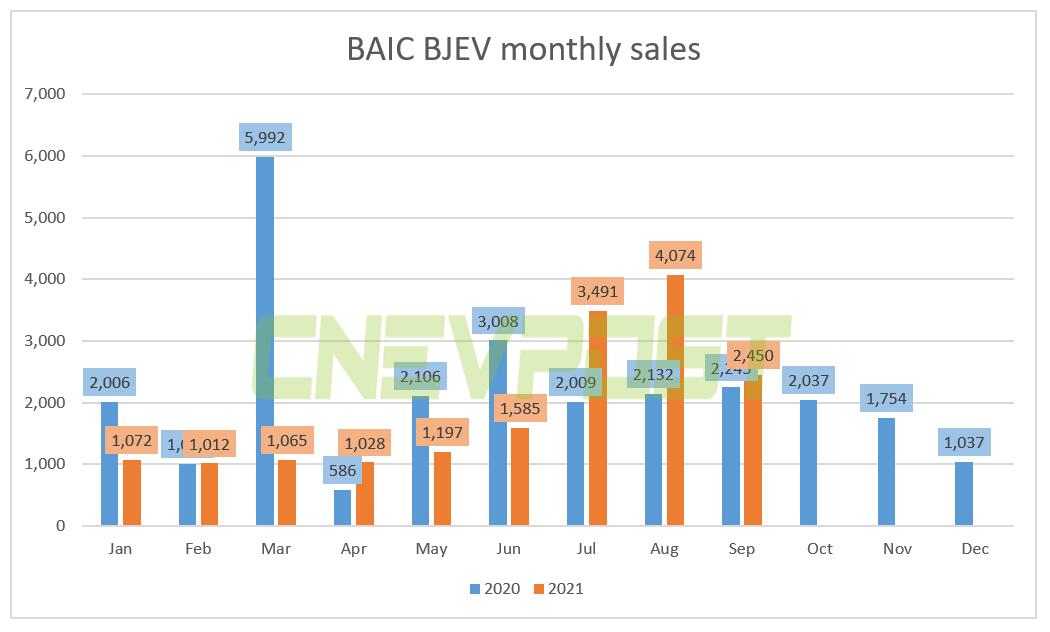 From January to September, Beijing Electric Vehicle sold 16,974 units, down about 20 percent from a year earlier.

As the number one local Chinese new energy vehicle brand in terms of sales, BAIC BluePark had a glorious past.

BAIC BluePark's operating revenue for the first half of the year was RMB 2.437 billion, down 21.69 percent year-on-year.