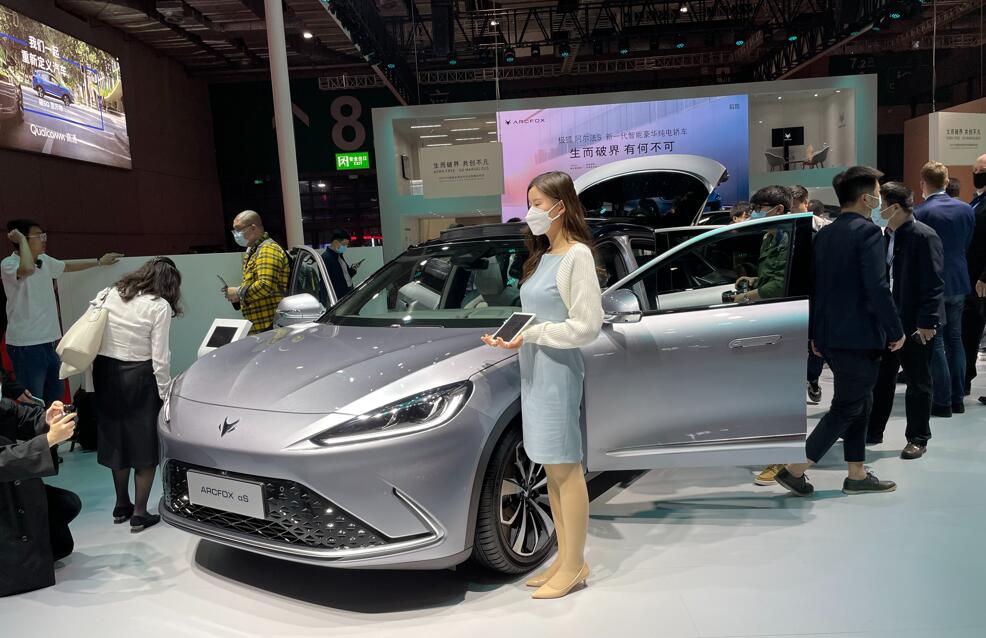 BAIC BluePark's subsidiary BAIC BJEV has signed a framework agreement with Huawei which is set to make it the second brand after Seres to enter the tech giant's sales channels.

The partnership was announced in a September 26 announcement by BAIC BluePark, which said they plan to reach an agreement by the end of this year to sell the Arcfox α-S with Huawei inside in Huawei's channels. Arcfox is BAIC's electric vehicle brand.

The two sides will develop and implement a detailed plan on marketing channel sharing to achieve sales of HBT project products in Huawei's online and offline channels, the announcement said.

Jiemian.com on Monday cited a source familiar with the matter as saying that Huawei and BAIC have not yet reached sales cooperation, and that the two sides are still in contact, and a deal may not be realized by the end of the year.

At the Shanghai Auto Show in April, Richard Yu, CEO of Huawei's consumer business, announced that Huawei was going to use online and offline channels to help car companies sell cars to make up for losses from lower phone sales.

Chongqing Sokon's brand Seres' SF5 is the first model to be sold in Huawei's channels, and the partnership has boosted Seres' sales significantly.

Data from the China Passenger Car Association shows that for the full year 2020, Seres' cumulative sales were only 732 units, while the SF5's cumulative sales from April to July this year were 2,087 units, with monthly sales averaging around 500 units.

BAIC is one of the companies most deeply involved with Huawei in the smart car business. on April 17, Arcfox unveiled the α-S model with a starting price of RMB 251,900 ($38,600).

The most interesting version is the one equipped with Huawei's full-stack smart car solution Huawei Inside, which is also the first time Huawei's technology appears on a mass-production model.